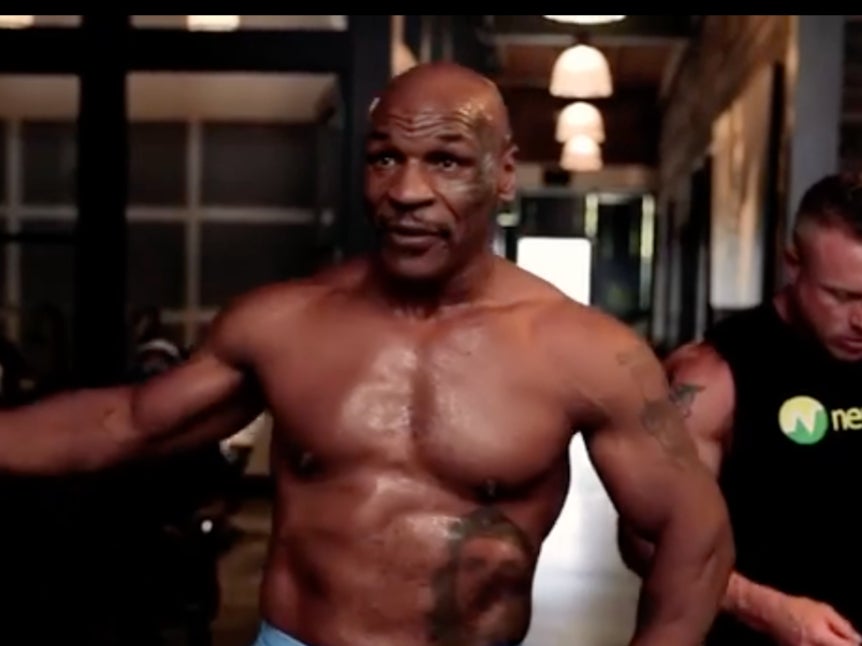 Tyson has worked himself into shape for his return

“I want the public to know what this is because I don’t want people to be disappointed,” Foster told MMA Fighting. “As long as they know this is an exhibition, I’m fine for everybody to earn.

READ MORE: Mike Tyson and Roy Jones Jr promise a ‘real fight’ not exhibition when they return to boxing ring

Both fighters will be awarded a belt by the WBC after the contest, signalling parity after the exhibition.

And while there will be no official judges, UFC superstar Israel Adesanya will serve as an analyst on the broadcast, alongside commentators Sugar Ray Leonard and Al Bernstein.

Adesanya does not believe Foster and anticipates violence between the two former champions.

“We’re not going to see an exhibition, this will be a fight between two war dogs gunning for each other,” Adesanya said.

“I know fighting, I know boxing, and I’ve studied Tyson and Roy Jones. I know their strengths. I used to watch their highlights before my kickboxing fights just to fire myself up because I was such a fan.

“I can’t wait to be on this call with Sugar Ray Leonard and shoot the shit about fighting and share some of my insights, as well.”