MMA fighter Donovan Salvato has been arrested after allegedly biting his room-mate's testicles and leaving a 2.5 inch laceration.

Salvator, who has a 3-1 amateur record, was thrown in the Metro Nashville Jail for 12 hours for “domestic assault with bodily injury". 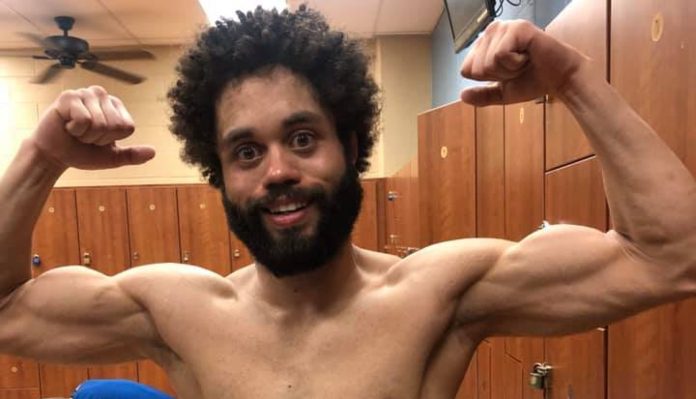 The affidavit claims he became embroiled in a fight with his room-mate Abel Sosa following a row over Salvato staying there despite not being on the lease.

They came to blows and Salvato is said to have landed punches to the head and body of Sosa.

He then allegedly went downstairs and elected to bite Sosa's pants, leaving him with a horrible laceration of his testicles.

Salvato claims the injuries may have been the result of the two simply grappling with one another around the room.

But Sosa has since given his account of what happened on social media.

Speaking on Facebook about the incident alongside a picture of Salvato, Sosa has said: “If you know this individual do not trust your nuts around him.

“Literally the evidence I will be using in court is a piece of skin that he manage to rip from my testicles. I received 3 stitches at the VA hospital and multiple injections to prevent dental infection from spreading, right on veterans day.

"I should have good ol Marine Corp eye gouged the son of a b***h. But so focused on maintaining control, never threw a punch. Victories are won with composure.

“I need to write a book, or something about some of these stories I’ve encountered. Who can clearly say they got their testicles bit by a professional MMA fighter during a fight?

"I’ll wait…. Nashville can be so wild that I’ve encountered more danger here than overseas to an extent.

“If I do write a book about my nuts being bit, just know it will be one of those where the end starts at the beginning with a rewind so everyone can immediately get a mouthful first take!”

One person then replied by asking: "Were you naked?"

To which he replied: "Hell no! He bit through the pants."