Graham Arnold could be denied a key plank of his Asian Cup hopes, with English Premier League-based midfielder Aaron Mooy reportedly set to miss the tournament.

Mooy, 28, sustained a knee injury in Huddersfield Town's last-out loss to Arsenal, according to a News Corp report. 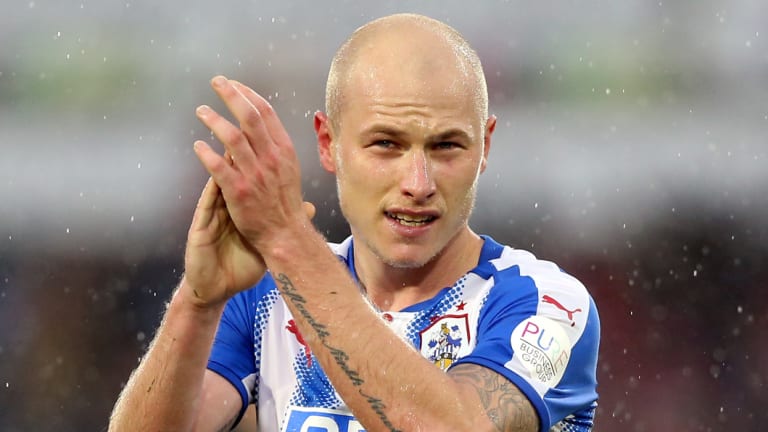 Scans revealed a medial ligament injury and a month-long recovery time-frame that would preclude his selection in the tournament, which begins on January 6.

Star winger and Rogic's Celtic teammate Daniel Arzani has already been ruled out with an ACL injury suffered on his club debut last month.

In other selection news, Australia's group stage opponents Jordan have not picked star striker Hamza Al-Dardour for the tournament.

The Socceroos face Jordan in the opening match of their tournament defence in the United Arab Emirates on January 6.

Jordan's Belgian coach Vital Borkelmans has named a preliminary squad of 30 players for the tournament but surprisingly did not include the 27-year-old.

Al-Dardour made headlines during the 2015 Asian Cup in Australia when he scored four goals in a 5-1 win over Palestine in Melbourne.

He loomed as one of the biggest concerns for the Socceroos and Arnold having scored 27 goals in 55 appearances for Al-Nashama.

It's understood Al-Dardour's non-selection is tactical and not based on any injury concerns.

The striker's only way to make Jordan's final 23-man squad for the tournament appears to be if Borkelmans picks him as a replacement if one of his other forwards gets injured.

Australia are expected to name their squad for the tournament in Sydney next week.

The Socceroos' other group stage opponents are Palestine and Syria.

I needed to grow: Why Candace Parker took a chance on a Chicago homecoming