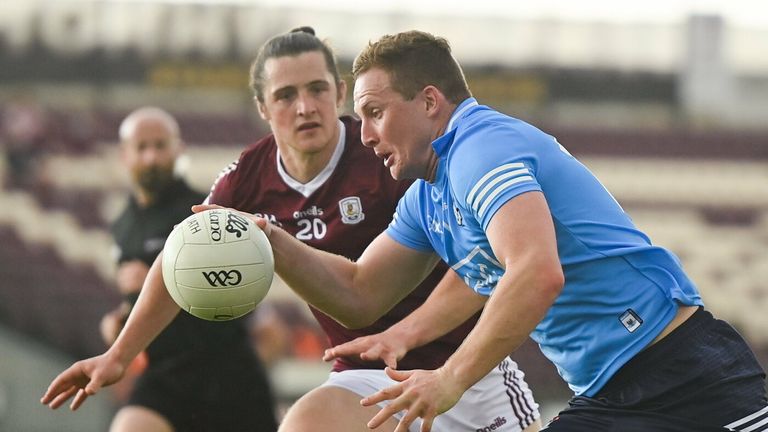 Dublin are through to the Division 1 semi-finals, after a four-point win over a much-improved Galway side in Tuam.

However, Dublin settled with Colm Basquel, Ciarán Kilkenny and Cormac Costello all kicking two first-half points each. But the Tribesmen remained in contention, and five Shane Walsh scores ensured the sides were level at the break, 0-8 apiece.

Dublin took control of the contest after the restart. Costello opened the scoring, before Con O’Callaghan found the net. The Cuala forward bundled it past Bernard Power, after the goalkeeper saved the original shot from Niall Scully.

O’Callaghan continued to terrorise the Galway defence, as he helped Dublin build a six-point cushion before the water break.

However, the hosts hit back. They mounted a counter-attack after Kilkenny hit the post, and Paul Conroy floated a long ball into the Dublin square. Matthew Tierney rose above Michael Shiel to fist it into the net.

Galway managed to pull it back to two points, but an injury-time goal from substitute Aaron Byrne sealed the win for the All-Ireland champions. 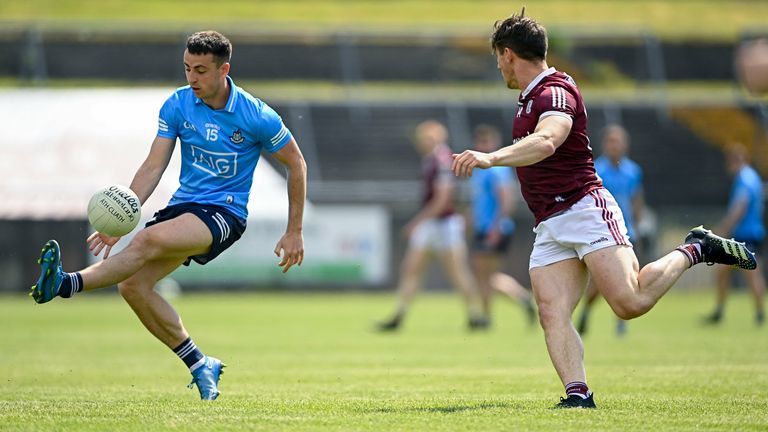 Peter Keane’s charges were already assured of a semi-final berth, but the six-point win ensures they top the table.

The reigning champions will face Tyrone in the next round. 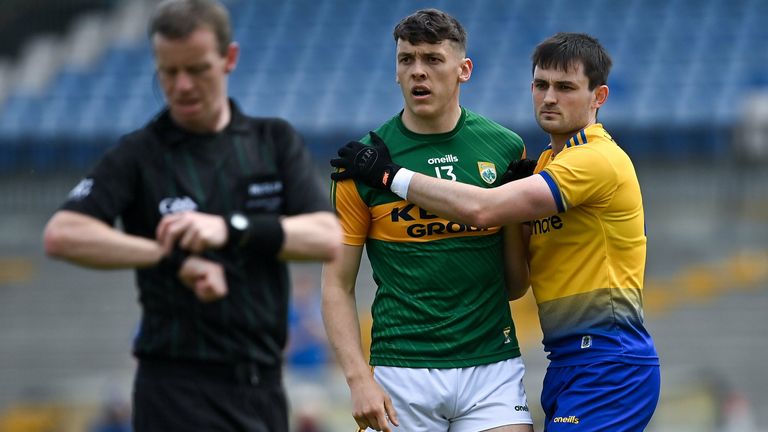 There was a strange atmosphere at full-time in Ennis. Despite their one-point win, Cork knew it was not enough and they were set for a relegation play-off after Kildare’s victory in Portlaoise.

In the end, Ronan McCarthy’s charges needed a four-point victory which eluded them, as Clare move on to the semi-finals.

A David Tubridy penalty saw the Banner lead 1-5 to 0-5 at the first-half water break. The Doonbeg man led the Banner charge, scoring 1-4 in the early stages.

However, Cork came flying out of the traps in the second quarter. Six unanswered points saw the Lee-siders move into the ascendancy. Substitute Cathail O’Mahony kicked three scores within five minutes of his introduction, as the Rebels led 0-12 to 1-8 at half-time.

However, the accuracy of Tubridy and Eoin Cleary kept Clare in touch. Cork, who finished with 14 men after Hurley’s second yellow card, claimed the two points thanks to a John O’Rourke score. Nonetheless, they fell short and will now face Westmeath in a relegation play-off. 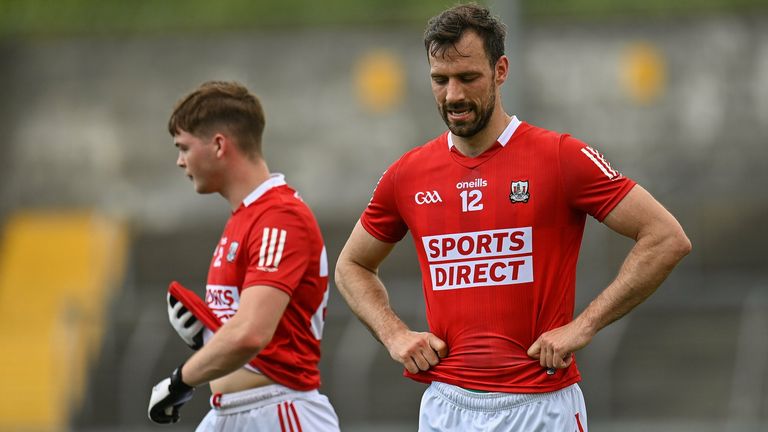 Knowing that the group could be decided on scoring difference, Jack O’Connor’s charges delivered a dominant 13-point win in O’Moore Park.

Goals from Kevin Flynn and Luke Flynn laid the foundations, as Jimmy Hyland contributed four points. Ultimately, their winning margin ensured they top the group, edging Clare and Cork who all finished on four points.

Division 2 North: Mayo and Down pick up academic wins

There was not a huge amount to be decided in the second tier’s ‘north’ group, other than play-off opponents.

In the meeting of the top two sides, Mayo had too much for Meath in Castlebar, winning 3-17 to 2-12.

Meanwhile, Down picked up their first result of the campaign away to Westmeath. The Mourne County led by 0-11 to 0-3, but had to withstand a late fightback as they held on for a 0-13 to 1-9 victory.

Antrim have topped the group. Their 2-17 to 1-19 win over Leitrim was the Saffrons’ third consecutive one-point victory.

Meanwhile, Mickey Harte’s Louth side delivered a 3-18 to 1-14 win over Sligo to seal their semi-final berth.

The Wee County will face Carlow, while Antrim will be up against Waterford in the last four.

Stefano Domenicali insists Formula One does NOT have a racism problem