Is this the worst England batting team of all time? 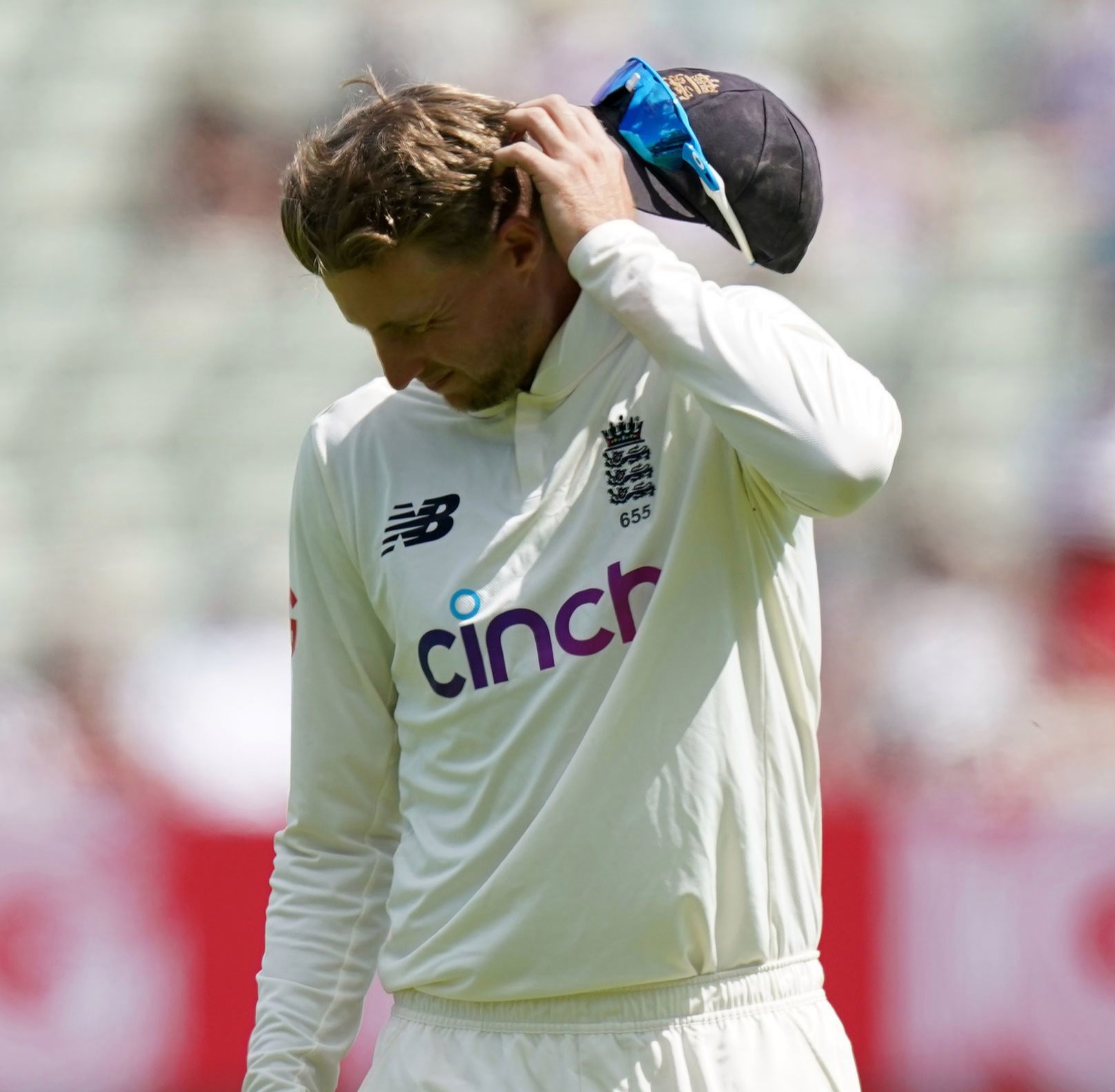 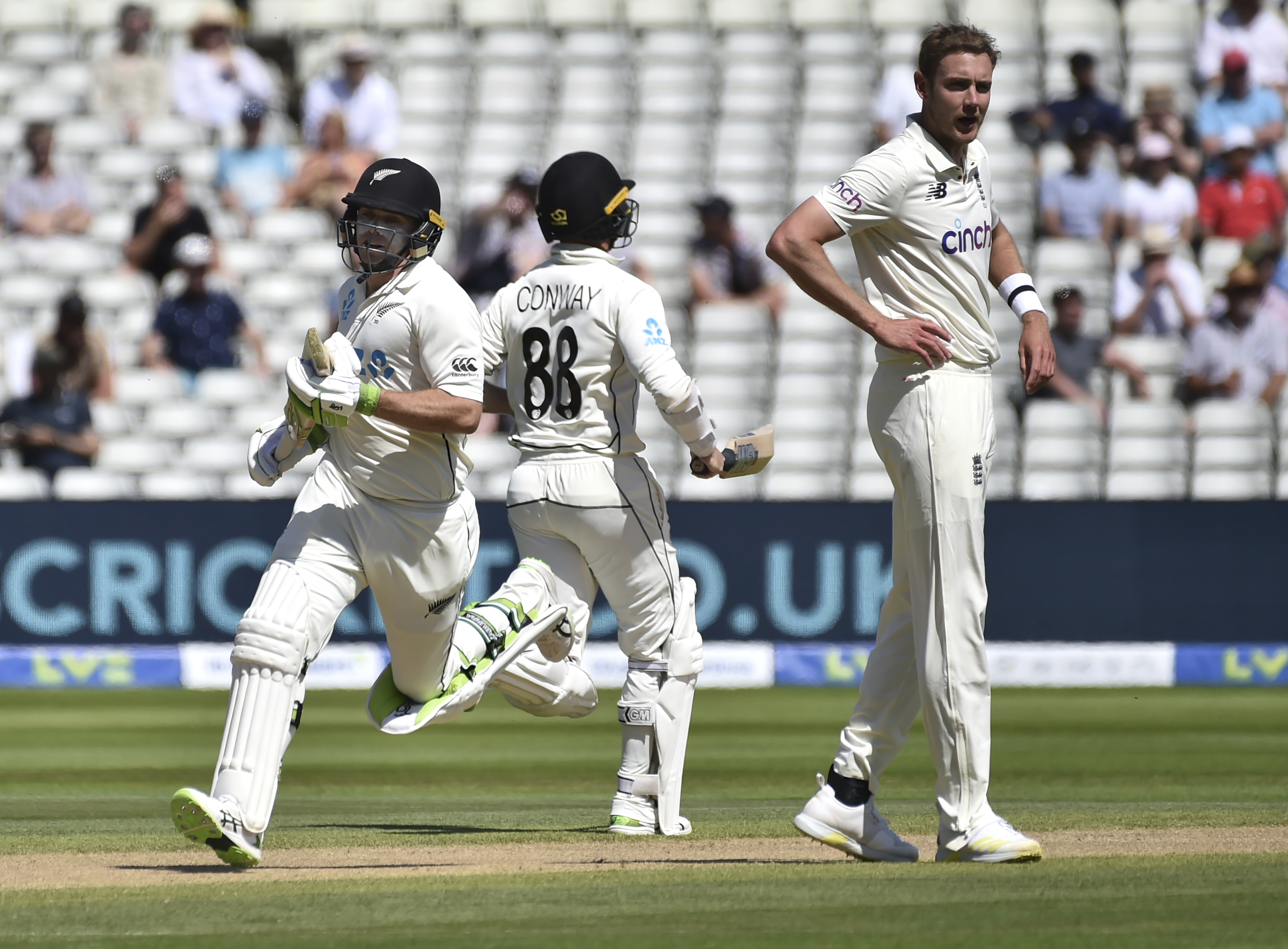 They were swept aside by New Zealand on day three of the Second Test yesterday as their lack of technique, confidence and basic ability was brutally exposed.

Joe Root's side resumed on 122-9 and Trent Boult wasted no time in dismissed Olly Stone with the first ball of the day.

Stone and Stuart Broad picked up a wicket apiece – of Will Young and Devon Conway respectively – but New Zealand cantered home by eight wickets.

They have a cluster of batsmen who average in the low 30s or worse. It’s a big mess with just five Tests against India before next winter’s Ashes.

Okay, Ben Stokes and Jos Buttler are missing from this match but five out of the top seven would have played regardless.

And don’t forget New Zealand made six changes from the First Test as they prepare for the World Test Championship final against India on Friday.

The pitch was flat, so no excuse there. New Zealand bowled well with some swing and spin but nothing that should have worried international batsmen. 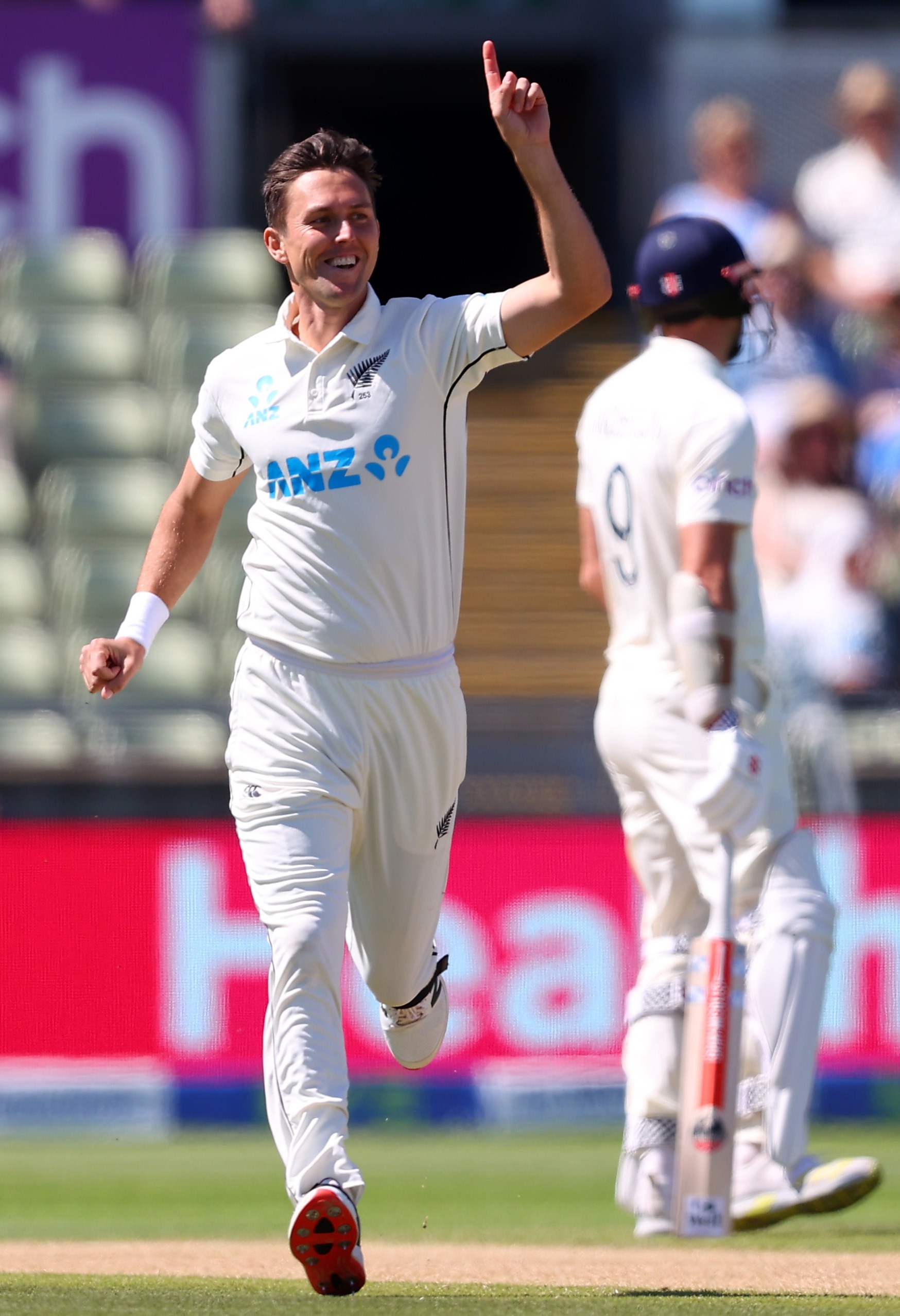 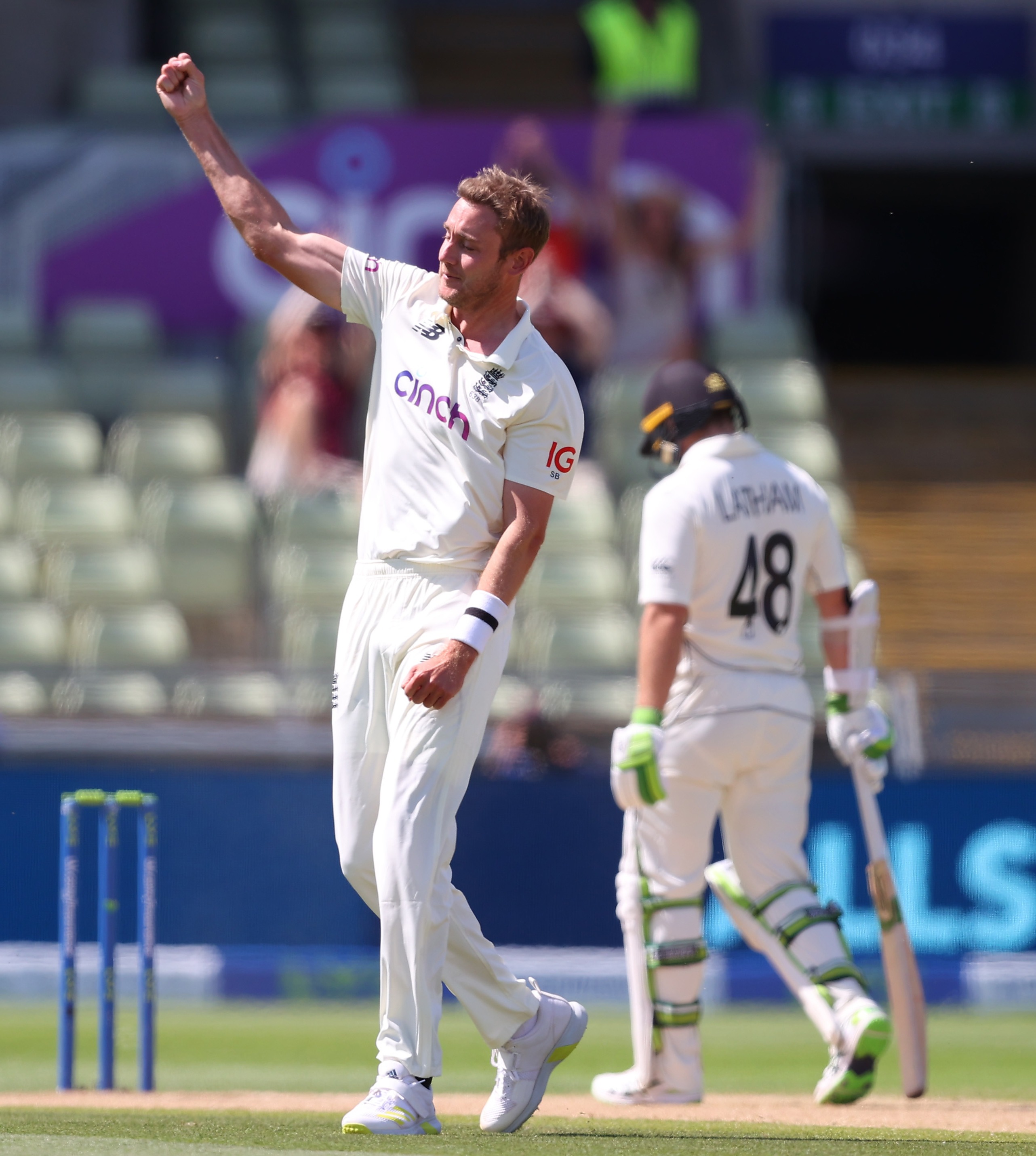 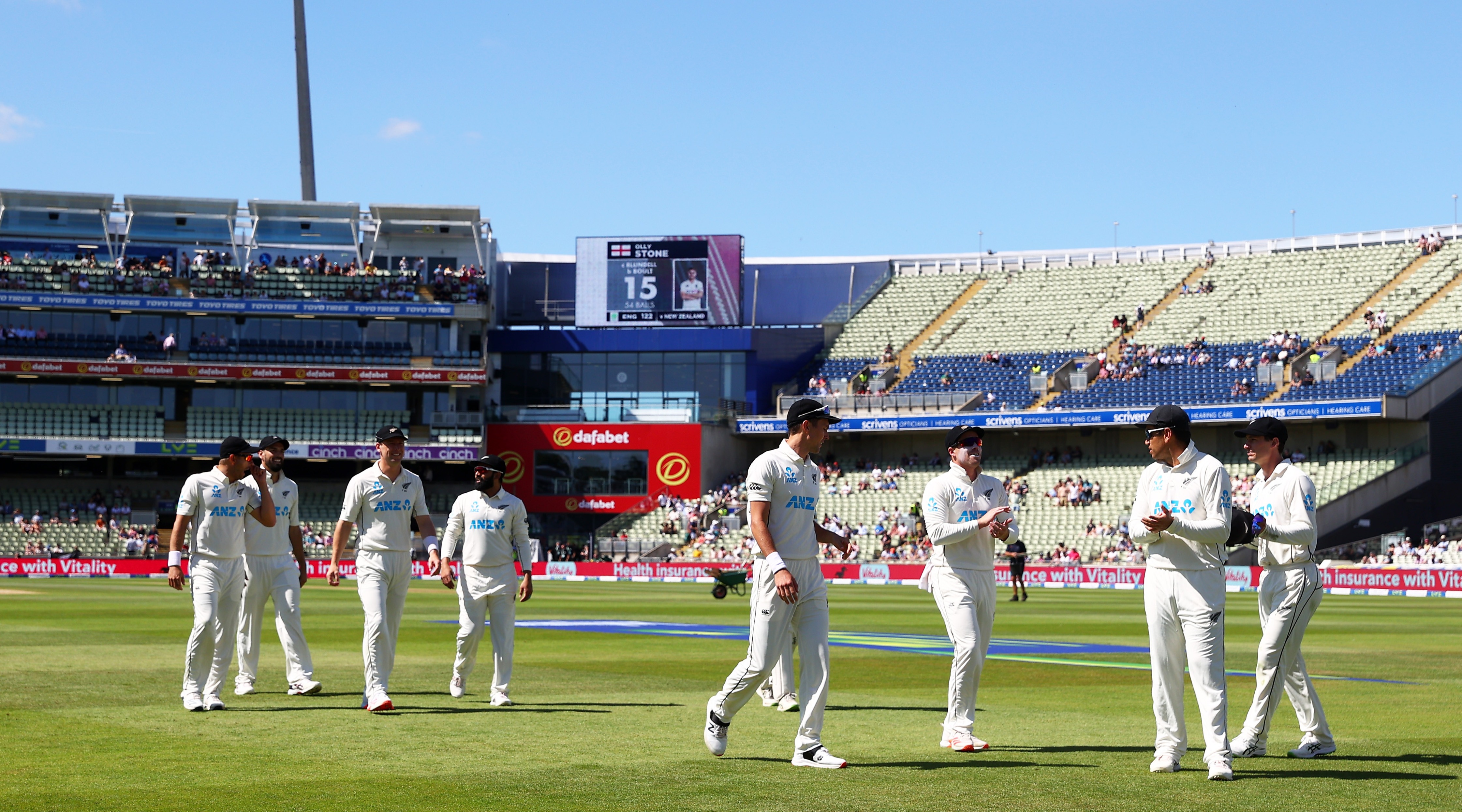 If the build-up was dominated by the tweets row, the post-mortem will be about the, well, batting twits.

Root’s runs masked the problems for the first half of the winter but, when he fails, the rest do not appear to have the skill or application to cope without him.

Stone and Mark Wood put the specialist batsmen into perspective with an eighth-wicket partnership of 44 – the highest of the innings.

Head coach Chris Silverwood warned some batsmen might be in the last-chance saloon.

He said: “I’ll be keeping my mind wide open, that is for definite. If people are getting runs in county cricket, I’ll be taking notice.

“We need to start seeing starts turned into big scores. People need to push on and be greedy when they get in.

“This wasn’t good enough. We need to improve, that’s what we’re talking about and reflecting on. There are a lot of things to work on, we don’t deny that. We need to look at the way New Zealand’s batsmen have applied themselves.”

The demise started immediately when Rory Burns, England’s most consistent – in fact, only remotely consistent – batsman of the series played a terrible shot to his second delivery.

For some inexplicable reason, left-hander Burns tried to drive a widish ball from Matt Henry and Tom Latham held a sharp catch in the slips.

Dom Sibley guided Henry into the slips and Zak Crawley was plumb lbw for 17 but, having scored 2, 2 and 0 previously, did manage to increase his series aggregate by 425 per cent!

Ollie Pope reviewed an lbw verdict but it was ‘umpire’s call’ on height. So no reprieve.

Pope has reached double-figures in eleven of his last 12 Test innings with a top score of just 34. That’s lamentable – if you get starts, you must make some of them count.

Then Dan Lawrence was caught behind second ball – another dismissal gifted to the Kiwis on a silver salver.

After two ducks, James Bracey’s first Test run was greeted by ironic roars from another crowd of 18,000.

But his innings was brief, of course, as he attempted a sweep against spinner Ajaz Patel and managed to deflect the ball onto his stumps.

You almost have to feel sorry for Bracey. He’s been bad with the gloves, worse with the bat and looked utterly shattered by the whole experience.

Then Root himself was caught behind attempting to cut a ball from Patel that bounced a fraction. Root scored eleven from 61 balls.

Wood put England into an overall lead with a six over mid-wicket and played a few pleasing shots until skying an attempted hook.

But the game was over before lunch on the fourth day as New Zealand clinched a series victory.