IT will be wet and windy but Newbury stages a competitive card on Greatwood Gold Cup day.

There are plenty of cracking punting heats so we've taken a close look and picked out our best bets. 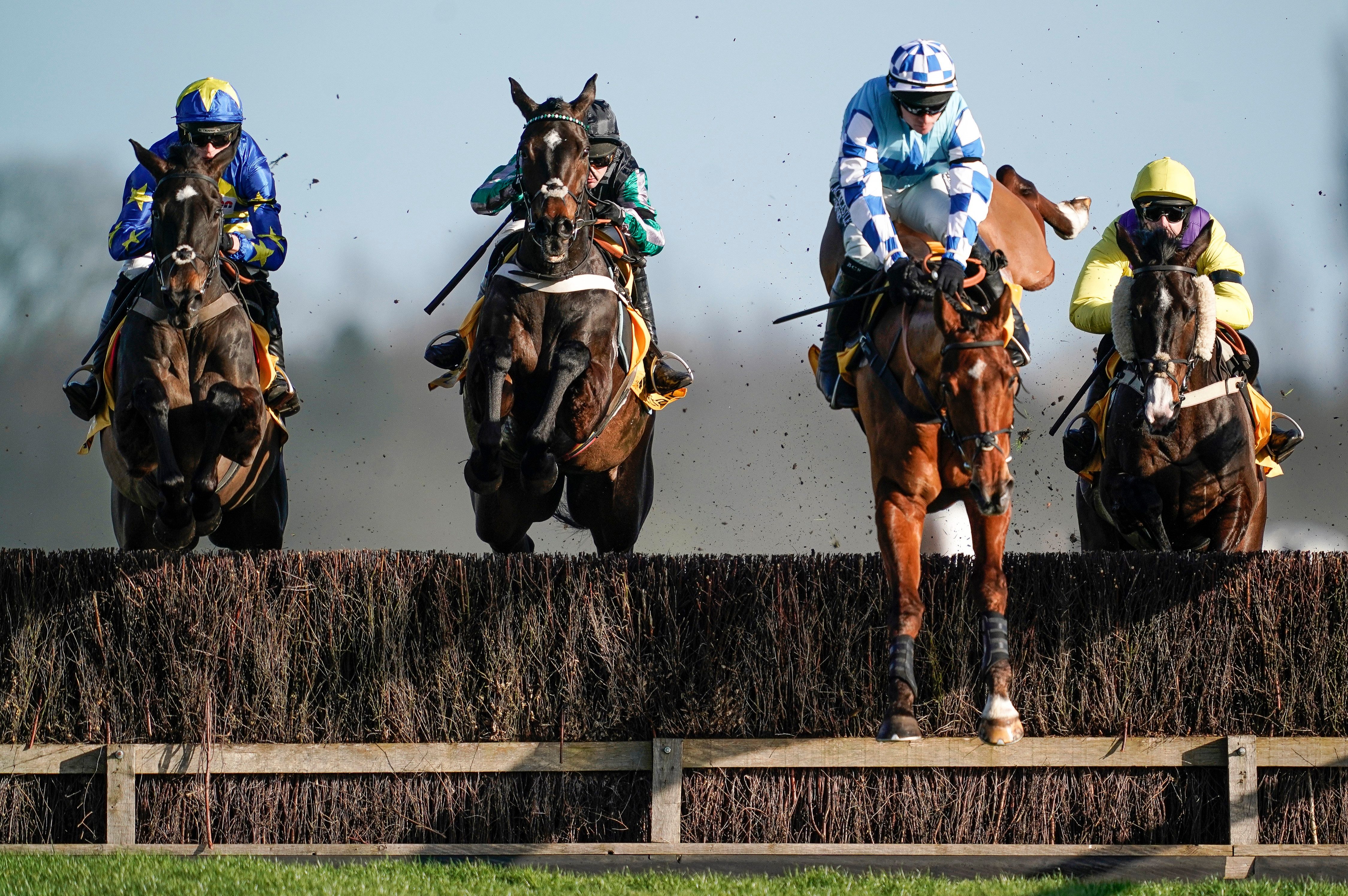 ASHUTOR won in an absolute hack canter at Catterick four days ago.

He barely broke sweat when winning by 11 lengths so this quick turnaround shouldn't be an issue, while Katie O'Farrell takes off a handy 5lb.

Yaa Salaam took a step back in the right direction when third at Kempton last time out.

He is up 4lb but looks the main threat ahead of Nebuchadnezzar, who has the ability to play a part if putting his recent flop behind him

It was hard not to be impressed with LOVERBOY at Chepstow last month.

He breezed through the mud to win easily and he is very lightly-raced for his age.

He can continue on his upward curve and gets the nod ahead of Boreham Bill, who boasts a good record fresh.

Mr Caffrey and Aintree My Dream are also shortlisted in an open-looking heat.

Former Scottish National hero JOE FARRELL can get his head back in front.

He ran a solid race when keeping on for seventh in the Ladbrokes Trophy here in November and he can take advantage of a sliding mark and drop in class.

Singlefarmpayment is a notoriously tricky ride, but if he can be coaxed into contention by Jonathan Burke he would have a good chance off 139.

Le Rocher is also attractively weighted, though he has yet to win over further than 2m5f, while Horatio Hornblower can hit the frame if cutting out the jumping errors.

LE LIGERIEN absolutely bolted up over C&D two starts ago.

He was a tad workmanlike when following up at Haydock, but that was only a couple of days afterwards and he remains open to significant progress with Richard Johnson taking over.

It will be interesting to see which way Cliffs Of Dover goes in the betting on his return from 424 days off.

He is feasibly treated and could run a big race if ready to go after his absence.

A tricky puzzle to solve as several of the market leaders would prefer a sounder surface.

They include Mont Des Avaloirs, who looked all over the winner here last time over 3m but was run down late.

His classy stablemate Secret Investor is another who loves to bounce off a decent surface, while similar comments apply to Clondaw Castle and San Benedeto.

So preference is for BENNYS KING, who went down on his sword in the mud at Ascot last month.

He is still improving and will cope with conditions a good deal better than some of his rivals.

This is a big step up in class for Enrichissant but he won't mind easy going and he gets in off a feather weight.

FAUSTINOVICK has become disappointing given the high level of promise he showed in bumpers and on his hurdling debut.

But he looks nicely-weighted on his handicap debut and should appreciate the drop back to 2m.

He has shaped with promise at Uttoxeter and Leicester and will also benefit from a drop back to the minimum trip.

At a price, Keel Over could go well on his return from a lay-off.

MASTER TOMMYTUCKER continued his all or nothing profile at Kempton last time.

He has either won or taken a tumble so far, and he looked to be absolutely tanking when coming down in the Pendil last weekend.

He has a big engine and he will take plenty of stopping if he can put in a clear round. Though that is quite a big 'if'!

Tidal Flow will appreciate the drop back to 2m4f having been a little weak in the finish over further here last time.

He commands respect, while Moonlighter takes a drop in class and is worth a try over this trip.

RED ROOKIE looked a very bright prospect when bolting up in a bumper at Exeter last month.

The form of that race has been boosted and he looks sure to made  bold bid under his penalty.

Staithes will surely prove popular on his Rules debut for his powerful connections, while the likes of Fearless Fracas and Hometown Hero are also worth close attention in the betting.