The theme of the 12th week of the 2020 NFL season is luck and uncertainty.

More than ever, teams are dealing with coronavirus outbreaks on their squads, leaving some teams to be forced to bar players from team facilities. The Ravens had an outbreak that pushed their Thanksgiving game with the Steelers back to Sunday. Lamar Jackson is among those who reportedly got COVID-19.

No games have been canceled or rescheduled even further just yet. But it still remains that COVID-19 is playing a major issue as the season heads into the winter months and into the playoffs.

Division races still need to be determined. Most first- and second-place teams are separated by a win or they are tied. The wild card races are even wilder than ever before.

There is a lot that is still yet to be decided which is why Week 12 is very important.

Read below for what’s cooking this week. 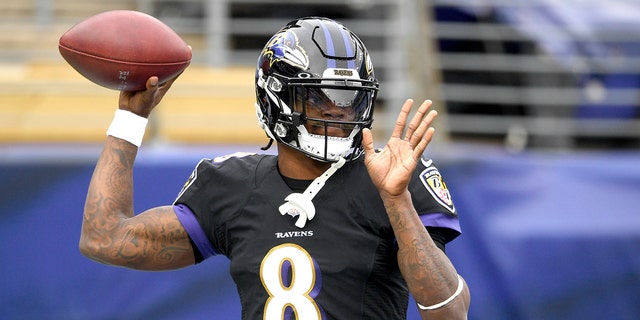 The matchup between the Steelers and Ravens is hanging on by a thread. Baltimore has been dealing with a series of coronavirus cases, including Lamar Jackson. This AFC North showdown was originally set for Thanksgiving Day but got moved to Sunday out of an abundance of caution. 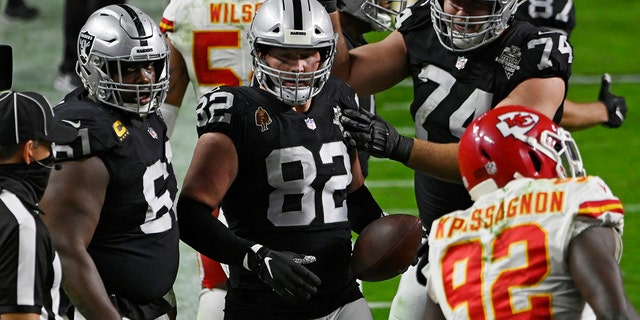 The Raiders and Falcons are looking to bounce back from losses suffered in Week 11. Las Vegas lost a nail-biter to the Chiefs and the Falcons dropped a game to the Saints. A lot is riding on the Raiders. They need a win to keep pace in the wild card race. 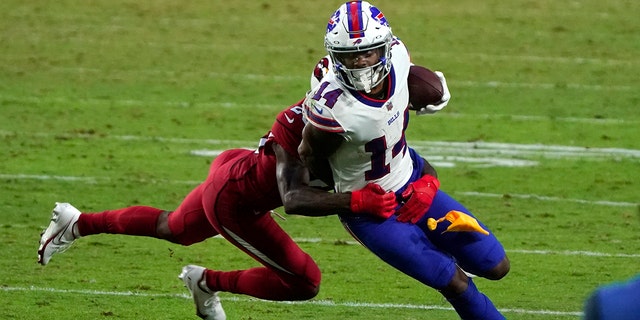 Josh Allen and the Bills are coming off an important bye week and are hosting the Chargers. Buffalo is in first in the AFC East and might be able to hold on if they keep on winning. Justin Herbert’s squad has lost several close games. A win in Buffalo would be huge for the rookie’s confidence moving forward. 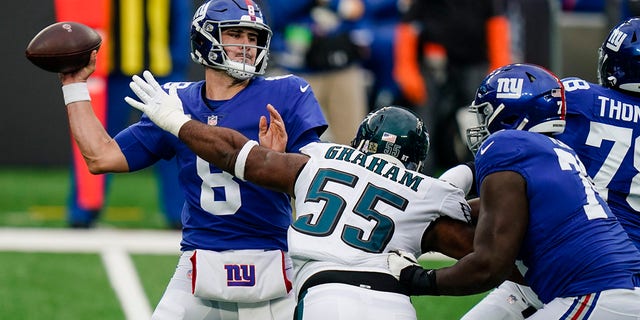 The Giants are on the cusp of first place in the NFC East. New York needs a win and an Eagles loss to get the tiebreaker over Washington for tops in the division. The Bengals are trying to get over losing Joe Burrow for the rest of the season with a knee injury. 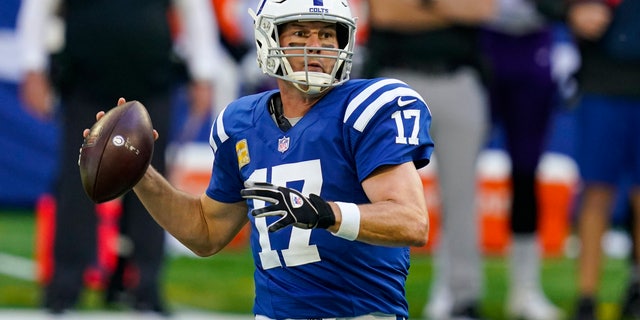 Indianapolis Colts quarterback Philip Rivers (17) throws against the Baltimore Ravens in the first half of an NFL football game in Indianapolis, Sunday, Nov. 8, 2020. (AP Photo/Darron Cummings)

The Titans and Colts get a rematch of their close Thursday night game a few weeks ago. The winner moves into sole possession of first place in the AFC South. 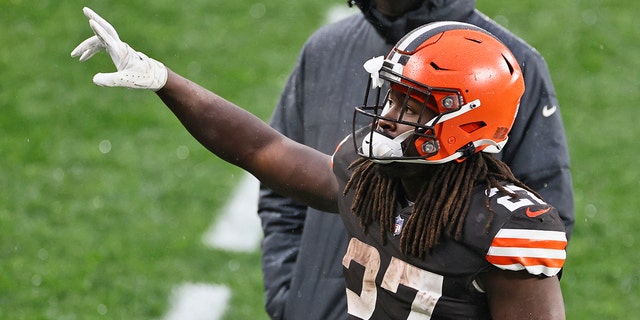 The Browns might be without a handful of players Sunday when they play the Jaguars. Cleveland is a remarkable 7-3 this season but needs to keep up the winning pace against Jacksonville. The Jaguars are throwing Mike Glennon out there to start. He hasn’t started a game since 2017. 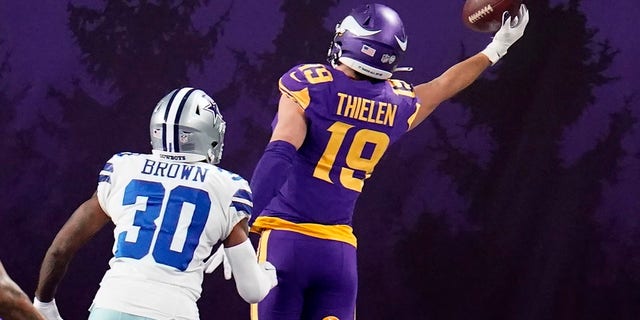 Teddy Bridgewater returns to face the team that drafted him. But whether he’s 100% healthy is a different story. He takes the Panthers into Minneapolis for the game. The Vikings lost to the Cowboys last week in a close one. 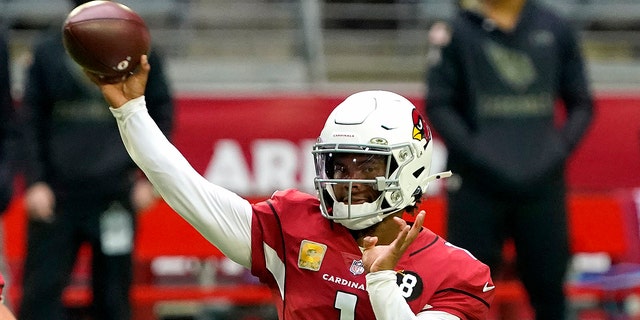 The Cardinals could really use a win as they hit the road to take on the Patriots. Kyler Murray has played well with 2,644 passing yards and 19 touchdown passes but staying consistent is going to be key. The Patriots are 3-2 at home this season and to keep pace for a wild card playoff spot, a win is imperative. 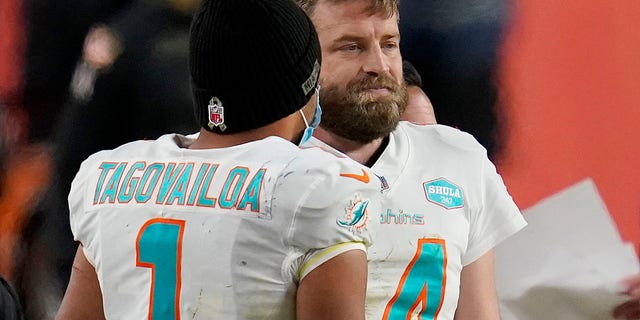 Whether they like it or not, the Dolphins are vying for the AFC East crown. Whoever is the quarterback for Miami on Sunday will need to get a win over the winless Jets. New York is having one of its worst seasons in franchise history. 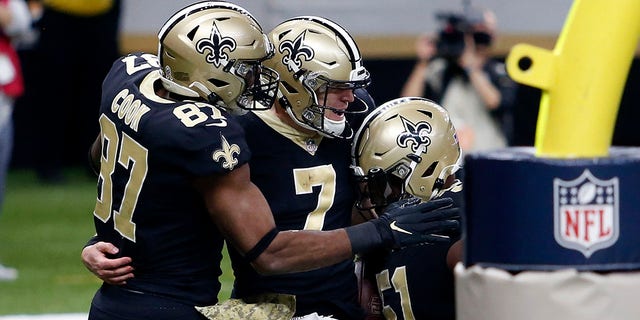 Taysom Hill will get the start at quarterback for the injured Drew Brees again. He rushed for two touchdowns last game against the Falcons. The Broncos have struggled this season but came away with a win over Miami last week.

WHERE: Empower Field at Mile High 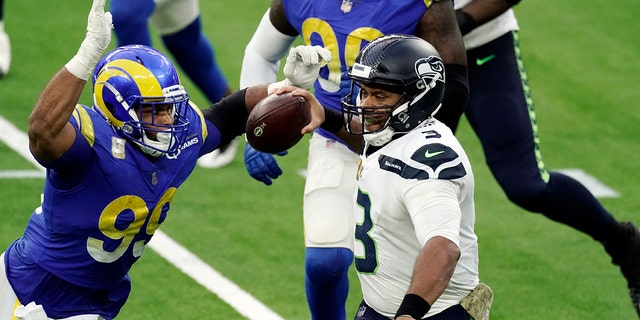 The Rams’ defense has been suffocating this season. San Francisco faces an uphill battle against them. Jared Goff has been consistent on offense. He has 2,823 passing yards and 16 touchdown passes this season. 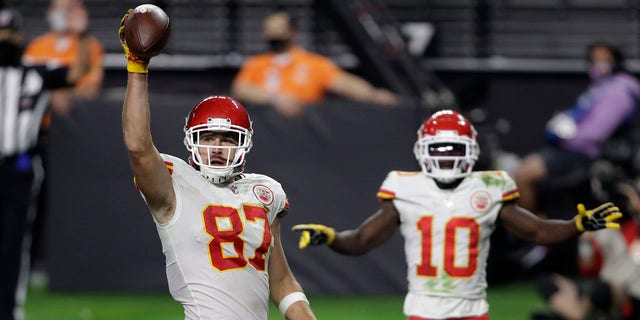 The two GOATS go head-to-head in a Sunday afternoon matchup. Patrick Mahomes and Tom Brady matchup in what is expected to be a good, high-scoring game. The Chiefs narrowly defeated the Raiders last week and the Buccaneers lost to the Rams. 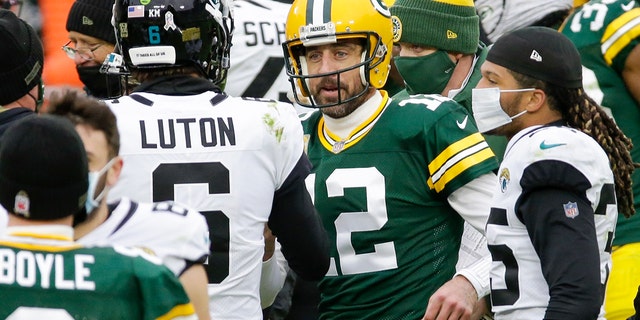 The Packers and Bears close out Sunday night. Green Bay is looking to solidify its lead in the NFC North while the Bears are hoping that an upset victory could turn the spotlight back on them. 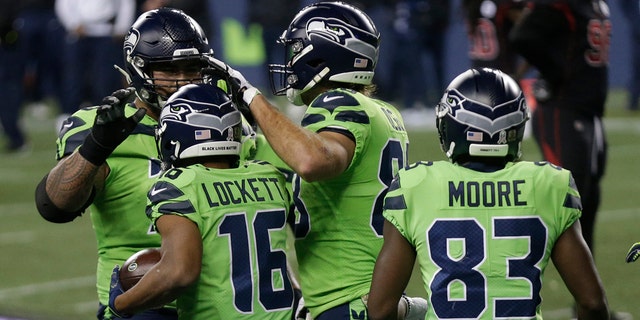 Seattle Seahawks wide receiver Tyler Lockett (16) is greeted by teammates after he caught a pass for a touchdown against the Arizona Cardinals during the first half of an NFL football game, Thursday, Nov. 19, 2020, in Seattle. (AP Photo/Lindsey Wasson)

The Seahawks and Eagles finish off Week 12. Seattle is coming off a tight victory against the Cardinals and the Eagles need a win to stay in first place in the NFC East.

Michael Jordan is only fourth-best player I faced: Isiah Thomas