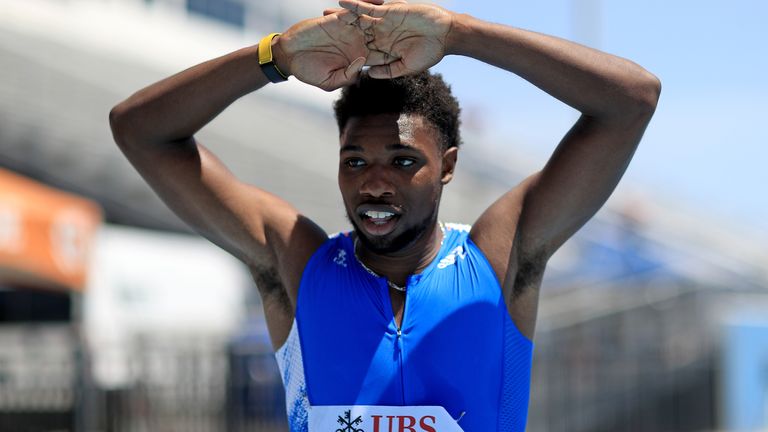 American sprinter Noah Lyles was denied a new 200m world record at the Inspiration Games after it was revealed he ran only 185m.

Lyles set the time racing alone in Florida against competitors simultaneously sprinting on tracks in Europe.

Given his personal best is 19.50, the time was immediately challenged.