North Melbourne have backed Tom Campbell to stand up if immediately called upon after confirming the signature of the delisted Western Bulldogs ruckman.

Campbell, 27, officially joined the Kangaroos on Monday as part of the AFL’s recently introduced supplemental selection period. The big man played 42 games for the Dogs across seven seasons but fell out of favour in recent times, not appearing at senior level in 2018. He was an emergency for the 2016 grand final 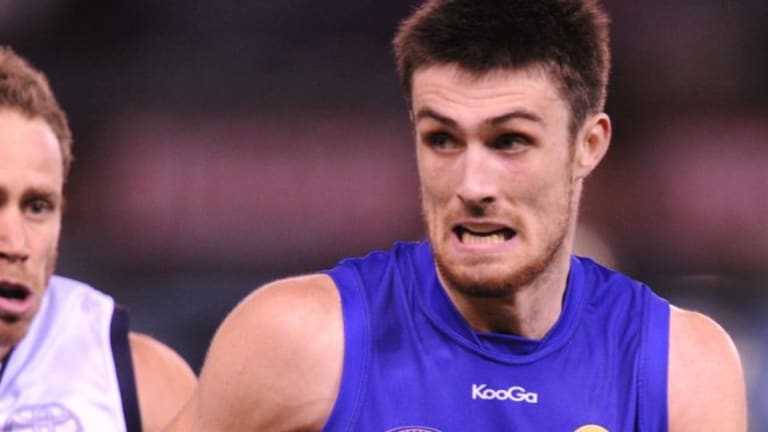 Tom Campbell as a Bulldog.Credit:Sebastian Costanzo

Campbell is set to serve as understudy to Todd Goldstein while young ruckman Tristan Xerri continues to develop. The former Dog will effectively fill the void left by Braydon Preuss, who was traded to Melbourne in October.

“We obviously identified the need to bolster our ruck division and we are confident Tom can come straight in and will be a great addition to the team,” North football manager Cameron Joyce said.

“Tom adds further experience and his maturity and character will be a valuable addition to the group.”

Shane Mumford (Greater Western Sydney), Zac Clarke (Essendon), Maverick Weller (Richmond) and Corey Wagner (Melbourne) are among the other players to have been recruited under the new rules, which allows clubs to pick up previously listed AFL players between December 1 and March 15.