NOVAK DJOKOVIC and Rafael Nadal led the tennis tributes to their NBA legend Kobe Bryant, who died in a tragic helicopter crash.

The American, 41, and his oldest daughter Gianna, 13, were among nine people to perish when their private helicopter went down in thick fog in California. 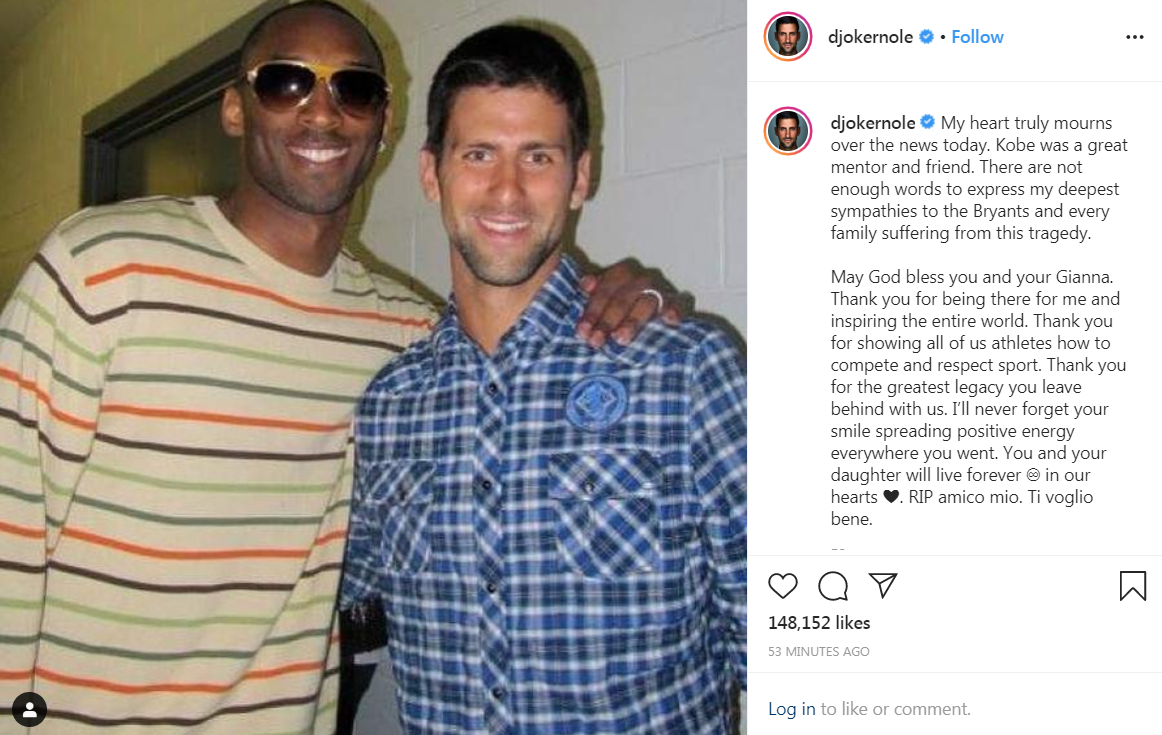 Djokovic, 32, was close to LA Lakers star Bryant and classed him as a “mentor” during his injury layoff with an elbow issue.

The Serb wrote on Instagram: “My heart truly mourns over the news today. Kobe was a great mentor and friend.

“There are not enough words to express my deepest sympathies to the Bryants and every family suffering from this tragedy.”

Nadal, hours before his last-16 clash with Nick Kyrgios, also sent a heartfelt message to the NBA All-Star player, saying he was in “shock”.

The Spaniard said: “Horrible news today. Tragic the death of one of the greatest sportsman in the world.

“Kobe Bryant, his daughter Gianna and other passengers. My condolences to his wife and families. I am in shock.”

She wrote "#24 Mamba Mentality" on her trainers, referencing his LA Lakers number, his nickname and part of his incredible legacy.

Wimbledon champion Simona Halep said she had been affected by hearing the news before her 6-4 6-4 victory over Belgian Elise Mertens on Rod Laver Arena.

The Romanian said: “I have been affected when I saw the TV in the morning, was actually the first thing that I saw. I feel really sad about this.

“It’s a huge loss for the world, for the sport. I mean, for the family, I think it's even — I cannot have, like, described this to lose one person.

“It’s terrible to lose more than one. It’s tragedy.

“So all my thoughts to the family, and I don’t know how they can feel a little bit better, but it's a tough moment for the world. I feel so sad about it.”

For the latest Australian Open odds, check out Betway Tennis. 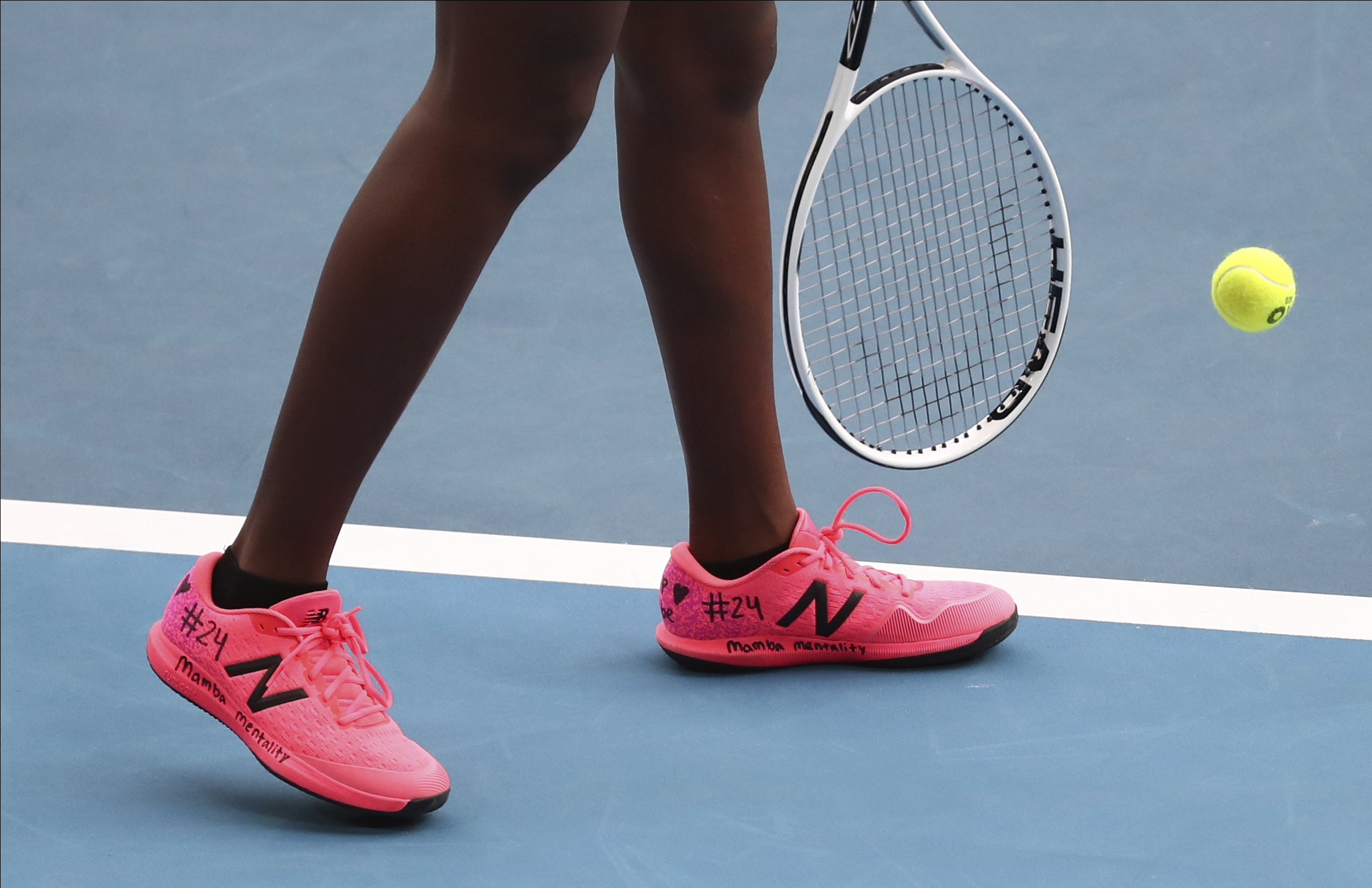 Punter wins outrageous £189,000 from £10 acca after correctly backing both teams to score in 18 matches