WITH the Cheltenham Festival now 19 days away, the Sun Racing team will be bringing you their 'Festival 50' every day between now and 10 March. 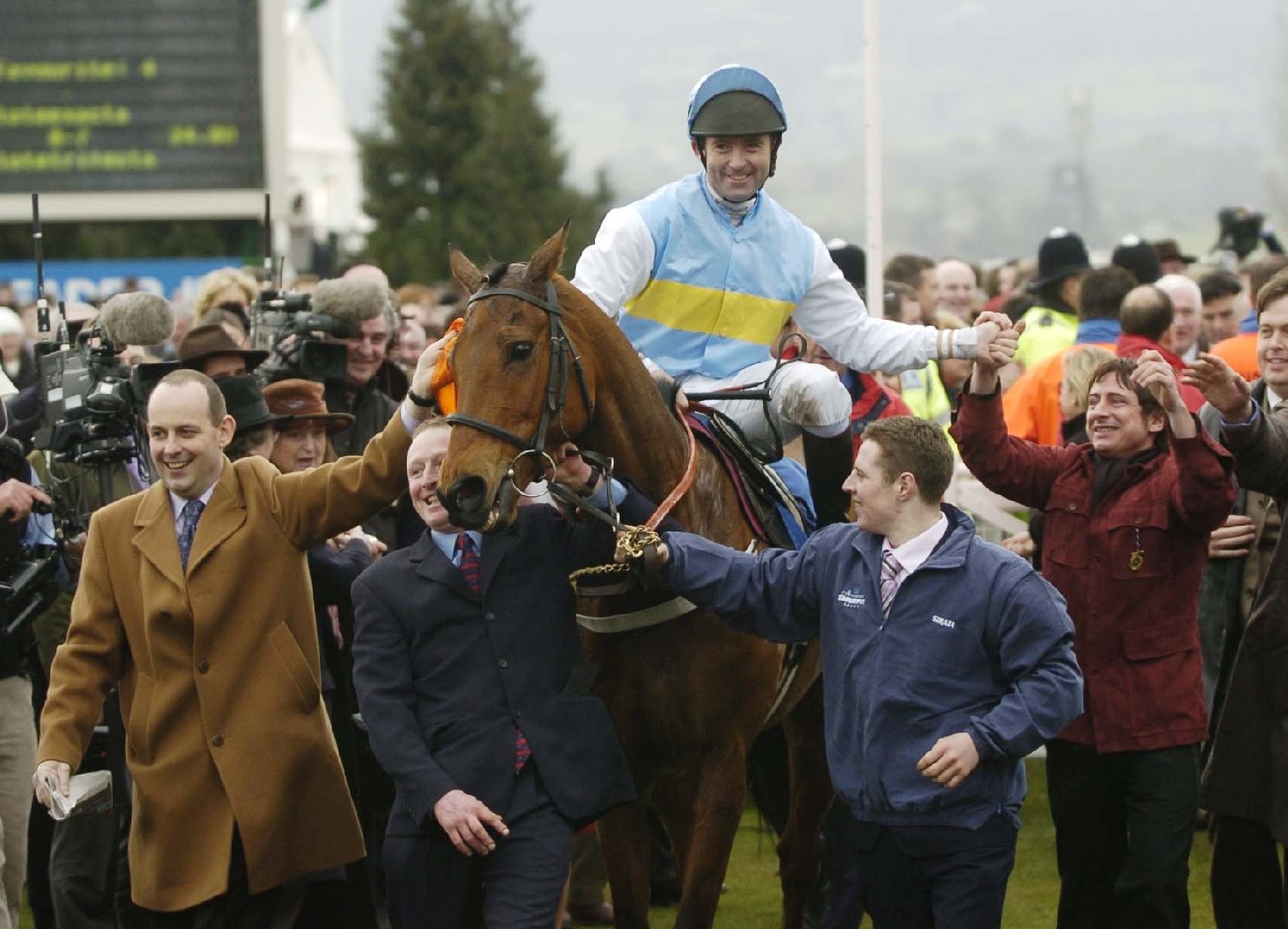 For any horse to win at three Cheltenham Festivals on the trot, you have to be special.

But with the stories and nature of victories to go with Hardy Eustace's two Champion Hurdles and his Sun Alliance win, he went down as an all time Festival favourite.

The tale began in 2003 when he was sent to Cheltenham towards the end of a busy novice hurdling campaign.

Already a Grade 1 winner he was a leading Irish light in what was a red hot renewal of the race.

He won well from the later disqualified Coolnagorna and the 2-1 favourite Pizarro. It looked a race that would throw up winners for fun down the years.

So proved to be the case, but as the horse moved in to open company there was one part of the horse's story missing.

It added a layer of poignancy to his next trip across the sea to Cheltenham, although it had been far from plain sailing ever since.

His misfortunes were reflected in the price he went off for the 2004 Champion Hurdle.

With the likes of Rooster Booster in there there was no surprise you could get 33-1 on the day.

But as the old saying goes, the horse doesn't know his price and new rider Conor O'Dwyer hardly saw a rival.

Rooster Booster was five lengths back in second and emotions ran high in the winners' enclosure.

"I think there were two jockeys out there. Conor O'Dwyer was on the horse, but Kieran was guiding him. Kieran made this horse."

The following year followed a similar pattern. He wouldn't win again until the Red Mills Hurdle prior to his Champion Hurdle defence.

But punters were clued up this time around and he'd go off the joint 7-2 favourite with Back In Front.

Hardy Eustace would win by a neck. It went down as one of the most famous races to ever grace the Festival, but not for the usual reasons.

The runner-up and the most Marmite horse of all time, Harchibald, would take the headlines with Paul Carberry's ride and post-race antics.

There could be no questioning Hardy Eustace's attitude though and it was shame the gloss was slightly taken off his Festival hat-trick.

Things would go down hill from here, but Dessie Hughes wouldn't have swapped those years for anything.

He was a horse of a lifetime.