OISIN Murphy was named top jockey at Royal Ascot for the first time at the end of a rollercoaster week for the 25-year-old.

He lifted the leading rider trophy thanks to five winners and in doing so became the first pilot other than Ryan Moore or Frankie Dettori since 2013 to do so. 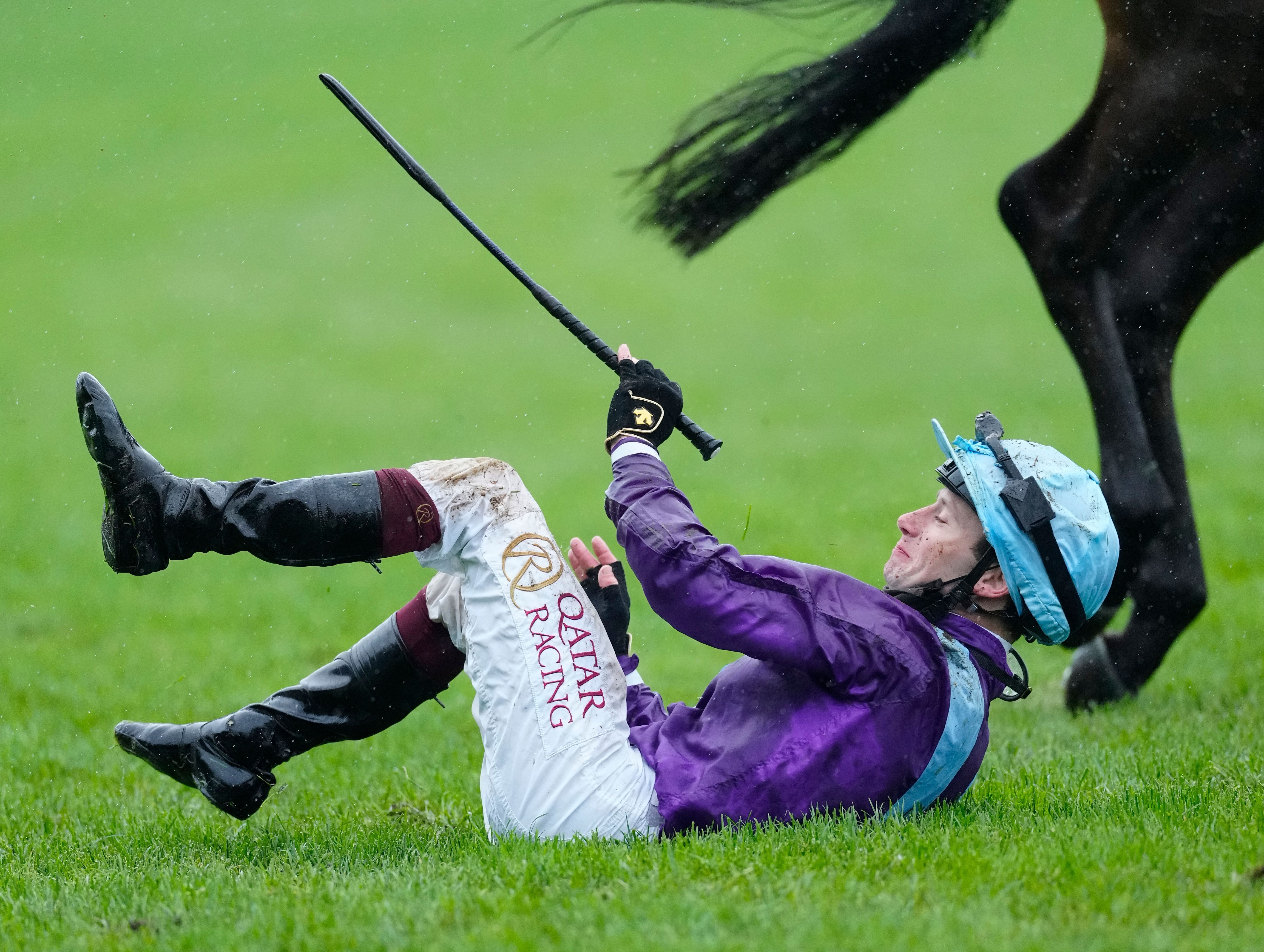 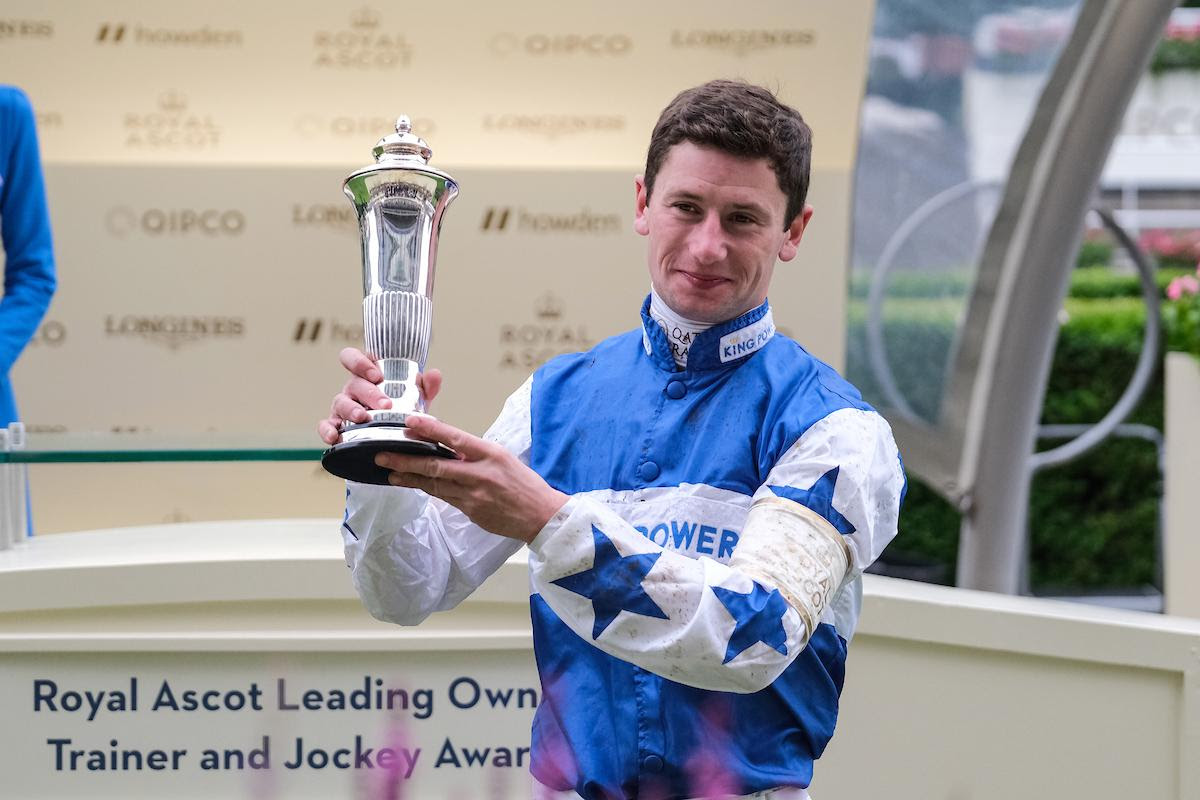 Moore finished one behind Murphy on four with Dettori on three, with the Irishman also setting the early pace in the overall jockey championship.

But it wasn't all plain-sailing for Murphy who endured a typically eventful few days at the Royal Meeting, mostly as the rain poured on Friday.

It might had been six for the week had he not been disqualified on Dragon Symbol in the Commonwealth Cup.

There he lost the race in the stewards' room to rival, but best mate and mentor, Dettori and his mount Campanelle.

Murphy also picked up a four day ban for careless riding after the incident.

But he quickly put that behind him with a cracking ride to land another Group 1 in the Coronation Stakes, just minutes after coming out of the stewards room.

He gave Alcohol Free a cool as a cucumber ride for Andrew Balding to claim the £250,000 first prize.

But his day didn't end there and tricky Alcohol Free decided to throw Murphy to the floor just as he was turning back in for his mini victory lap. It really was one of those days. 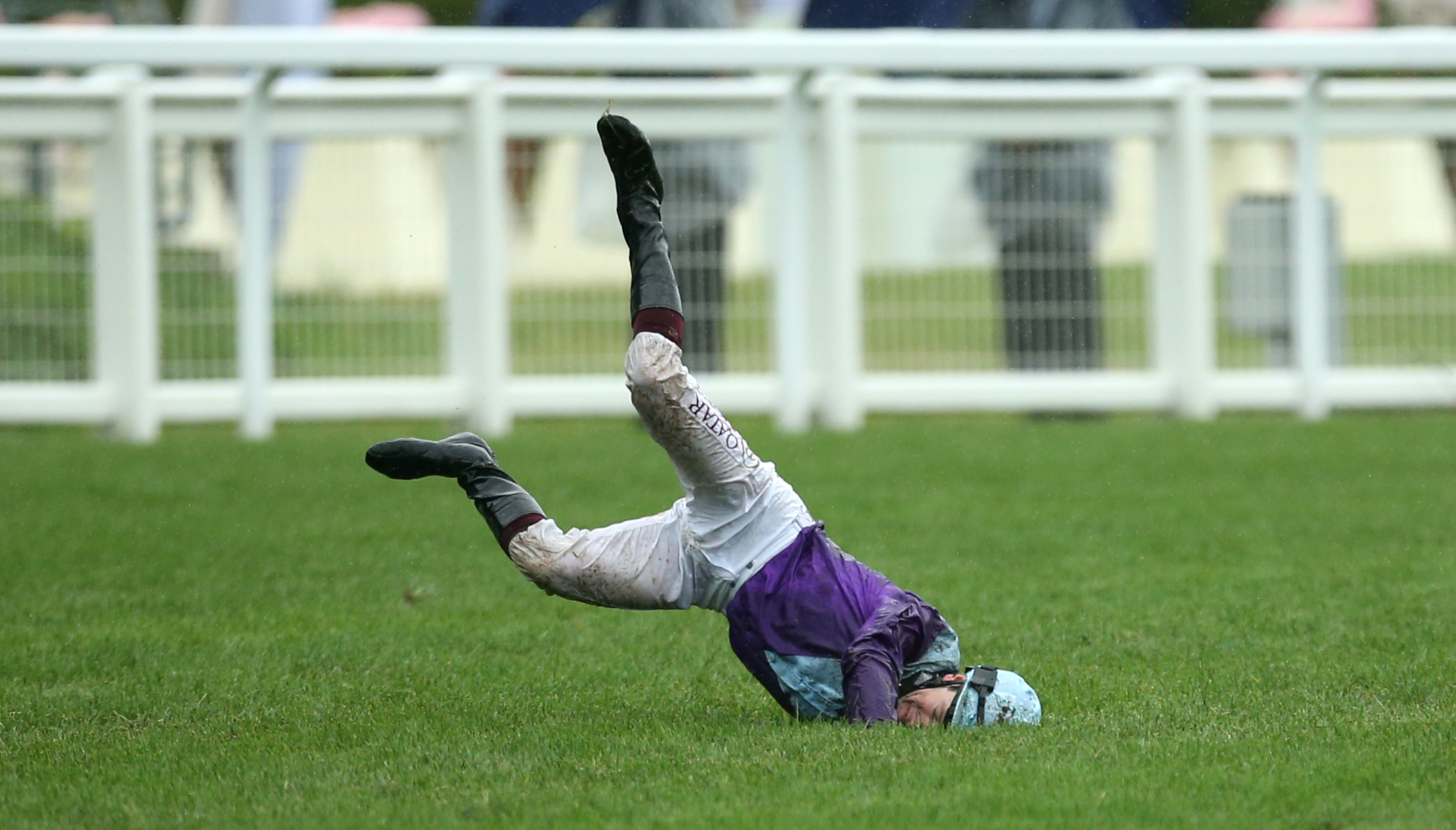 The 25-year-old went on to ride another winner just two races later and his weekend was complete when he rode for The Queen on the final day.

He couldn't get Her Majesty a winner but later steered Foxes Tales to win the Golden Gates Handicap and inch ahead from Moore.

Murphy smiled: "I wouldn’t have expected it if you had asked me on Tuesday morning if I would be leading jockey this week – of course not. It normally belongs on Ryan or Frankie, but they gave me a turn this week.

"Thanks very much to the fast horses. It has been a super week. It’s special, because as I get older, I appreciate these days more and more. I know I’m only 25, but life, as we learnt this week, is precious, and it’s a continuous reminder.

"My best moment of the week was Alcohol Free. She came along at a very important time in my career last year – I was under a lot of pressure and I managed to nail a Group 1 – and yesterday was a similar scenario. The pressure was on."