SWANSEA fan Oli McBurnie has revealed the threatening message he received from a rival Cardiff supporter warning him he could get his "face kicked in."

The Sheffield United striker was recently pictured in the away end of the Welsh derby where he made obscene gestures towards the Cardiff fans. 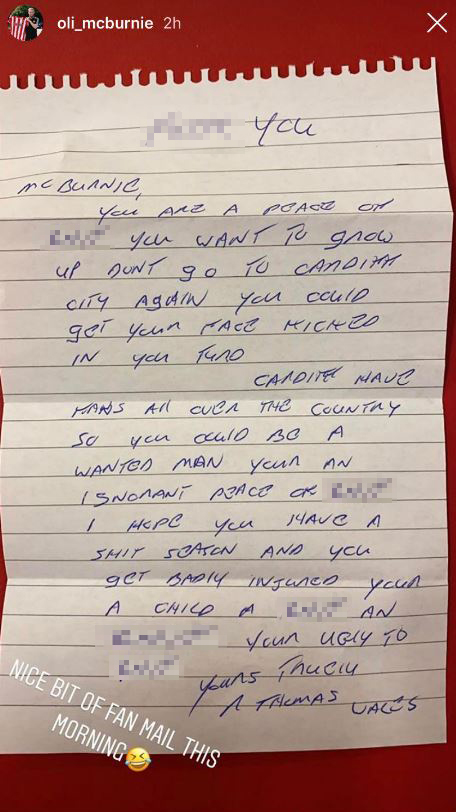 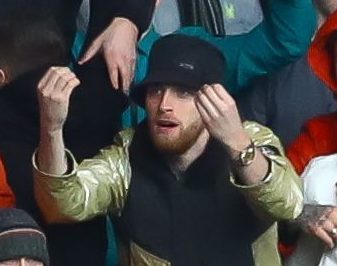 McBurnie, 23, spent four years at the Swans before moving to Chris Wilder's side last summer.

But he obviously still has an affinity to his old club when he was spotted in his bucket hat and Stone Island jacket inside the Cardiff City stadium.

His presence has appeared to rile one supporter up the wrong way and thought it was necessary to send him a piece of "fan mail."

McBurnie revealed the letter, which is riddled with grammatical errors on Instagram, that read: "F*** you McBurnie,

"You are a piece of s*** you want to grow up dont go to Cardiff City you could get your face kicked in you turd.

"Cardiff have fans all over the country so you could be a wanted man your an ignorant peace of s***.

"I hope you have a s*** season and you get injured your a child a pain an asshole your ugly to p****.

"Yours Truely, A Thomas, Wales."

McBurnie obviously found the funny side with the comment and 'laughing face' emoji: "Nice bit of fan mail this morning."