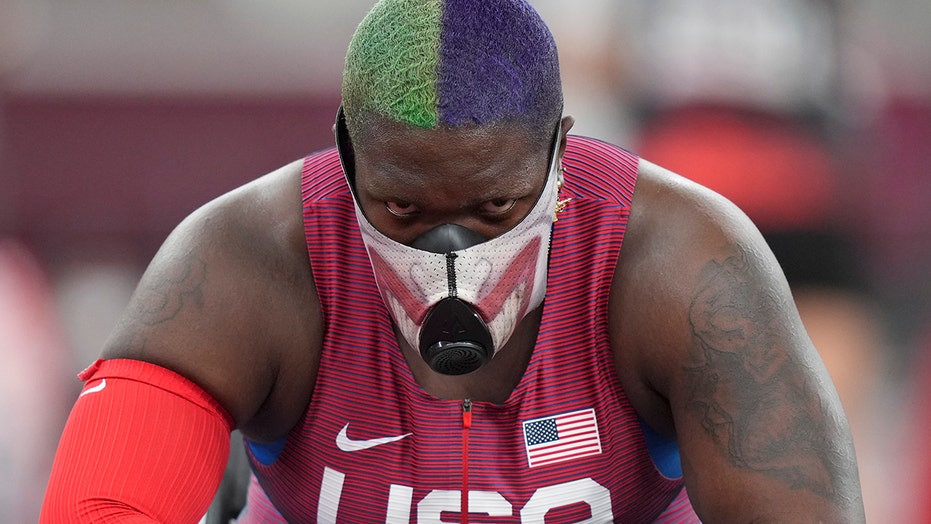 American track and field athlete Raven Saunders would have won gold if the best mask was a category at the 2020 Tokyo Olympics.

Saunders, who is competing in the shot put, donned a “Joker” mask as she waited to compete in the Games. She dyed her hair green and purple to match. 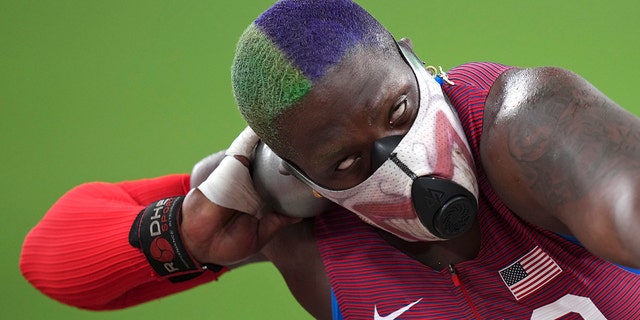 Raven Saunders of the United States competes in the qualification rounds of the women’s shot put at the 2020 Summer Olympics, Friday, July 30, 2021, in Tokyo. (AP Photo/Matthias Schrader)

“I’m like literally the greatest person. But during competitions, I don’t like anybody,” she said, adding that she wants to be more outlandish if Olympic officials allow it.

“One of my things is like, everyone during the shot put, and I don’t know why, people are always smiling and talking. That’s not really me. This is my way of like, being friendly I guess,” she said of the mask. 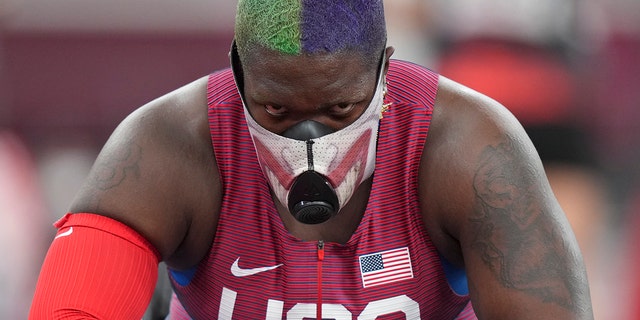 Raven Saunders of the United States rests during throws of the qualification rounds of the women’s shot put at the 2020 Summer Olympics, Friday, July 30, 2021, in Tokyo. (AP Photo/Matthias Schrader)

It’s the second Olympics of her career. Saunders finished fifth in the 2016 Rio Olympics and finished 10th in the 2017 World Championships.

She placed second in the 2021 U.S. Olympic trials weeks before the Games kicked off.