TEAM GB has equalled its record boxing medal tally from the London 2012 Games but it came on a day of drama, controversy and injuries.

Amateur boxer Frazer Clarke progressed into the semi-finals of the men’s super-heavyweight competition after a sensational disqualification for Aliev Mourad. 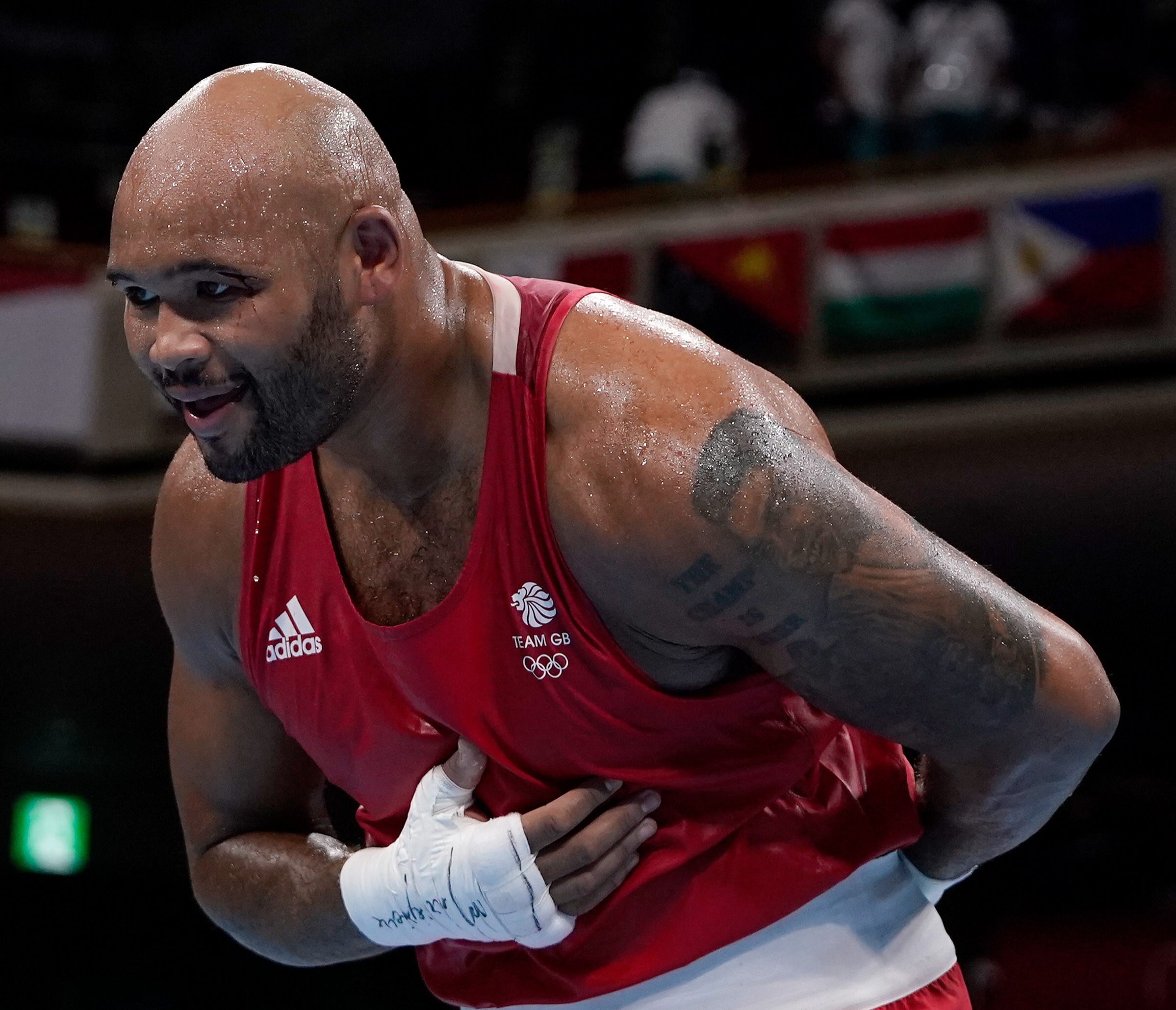 When he was kicked out, Mourad screamed in anger into a ringside camera, spat out and kicked his mouth-guard and argued with the referee.

The Frenchman was accused of excessive using of his head against Clarke – who had cuts above both of his eyes – and then sat on the side of ring protesting for more than 30 MINUTES.

Moscow-born Mourad, 26, initially refused to move from his position despite requests from officials and French team management at the Kokugikan Arena.

Clarke, 29, from Burton, has guaranteed himself at least a bronze medal and means the GB squad have matched the tally of five achieved at London nine years ago.

“In the heat of the moment, it is all a bit confusing," Clarke revealed after the fight.

"Obviously the referee stopped the final deeming the Frenchman used his head. During the battle it is all happening very quick.

"There is no animosity between us. Once he calms down, I will go shake his hand again and wish him all the best for the future.

“I felt there was a couple of heads going in there if I am honest. Whether it is intentional or not, I don’t know.

"The last thing I would have wanted him to do is damage his reputation or be rude to the judges and officials.

"I know it is hard, I know he is angry at the time, I have been there before. The best thing to do is calm down and go back to the training rooms and be angry with someone else.

“It is not something we see very often in amateur boxing. This sport is all about respect.

"I am sure he will be angry with himself for the way he is acting now. I understand he is upset, I cannot even put myself in that situation because you don’t know how you will act until it happens.

"But I am sure for the sake of himself and his Federation, I’d advise him to get off the ring, go back."

This is a record for a post-War Games and there are still two more chances left for fighters to get themselves on the podium.

Pat McCormack received a walkover in his semi-final as Aidan Walsh pulled out with an ankle injury sustained from jumping for joy in the ring after his quarter-final win.