Boxing great Oscar De La Hoya said he had been released from the hospital on Wednesday following a three-day battle with the coronavirus.

“COVID hit me really hard,” De La Hoya said in a video posted to Twitter and Instagram. “I was in the best shape of my life and I really can’t wait to get back in the ring. Thank you very much for all your well wishes and all your support. I appreciate it.”

Last Friday, he said he was canceling his fight with UFC champion Vitor Belfort because of his diagnosis, which he said had “really, really kicked my a—” in a Twitter video from his hospital bed where he looked and sounded exhausted. 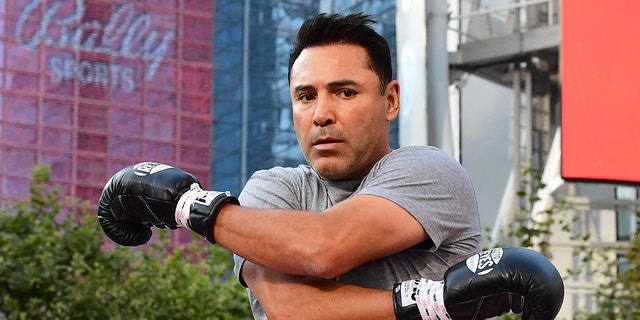 “Preparing for this comeback has been everything to me over the last months, & I want to thank everyone for their tremendous support,” he tweeted at the time.

He added last week that he was “confident” he would be “back in the ring before the year is up. God bless everyone and stay safe.”

Evander Holyfield will now fight Belfort this Saturday in De La Hoya’s place and the fight has been moved from California to Florida.

De La Hoya fought professionally from 1992 to 2008 and had already stepped away from the ring once. His last bout came in a loss to Manny Pacquiao via a referee technical decision in December 2008. He beat Steve Forbes via unanimous decision in May 2008.

Why not even coronavirus can halt the relentless rise of CrossFit