OSCAR DE LA HOYA has backed Jake Paul to become WORLD CHAMPION and said: 'I really believe that he can'.

The American legend also tipped YouTube star Paul to 'change boxing' for the better with his ability to draw new eyeballs to the sport. 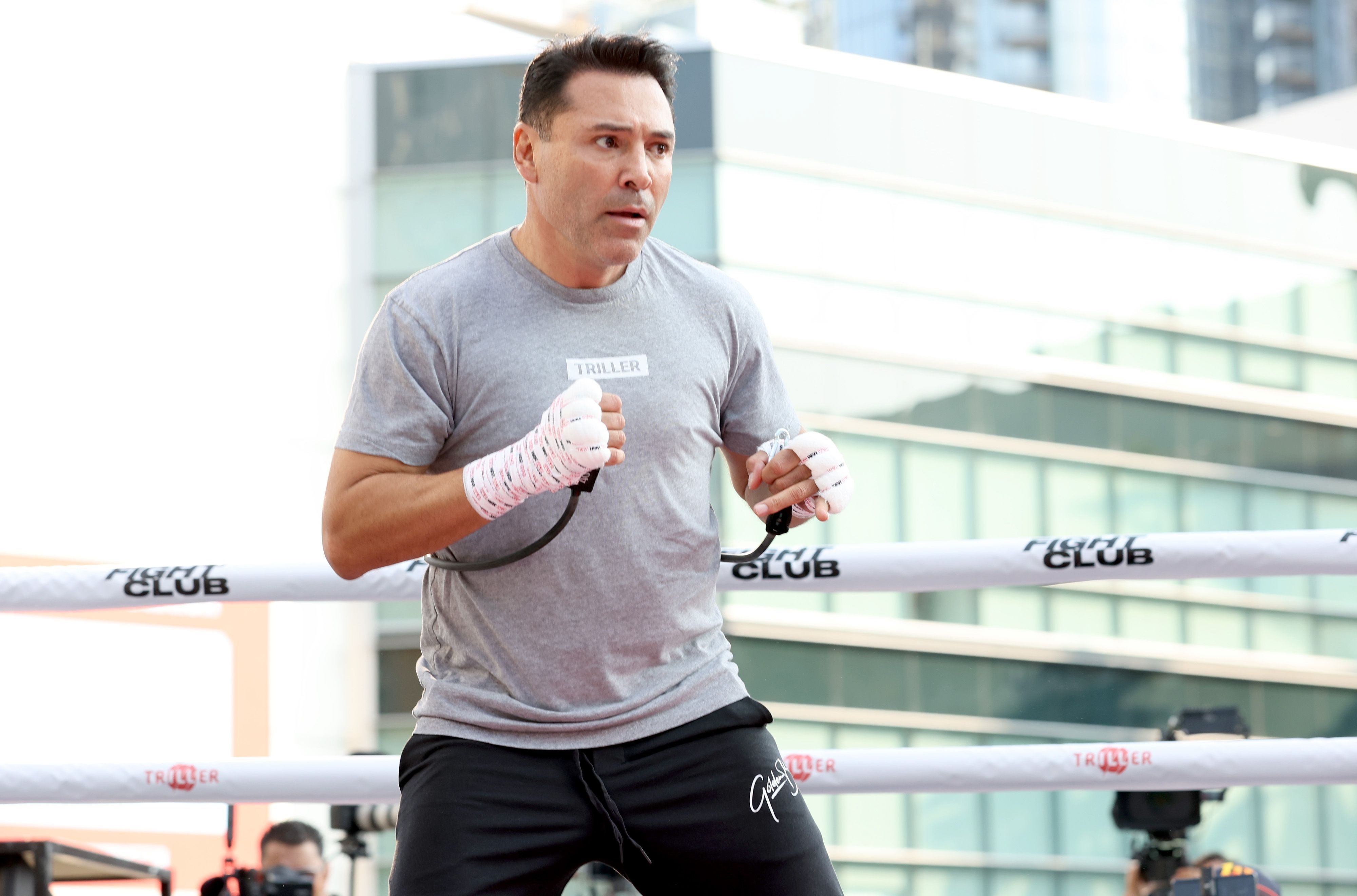 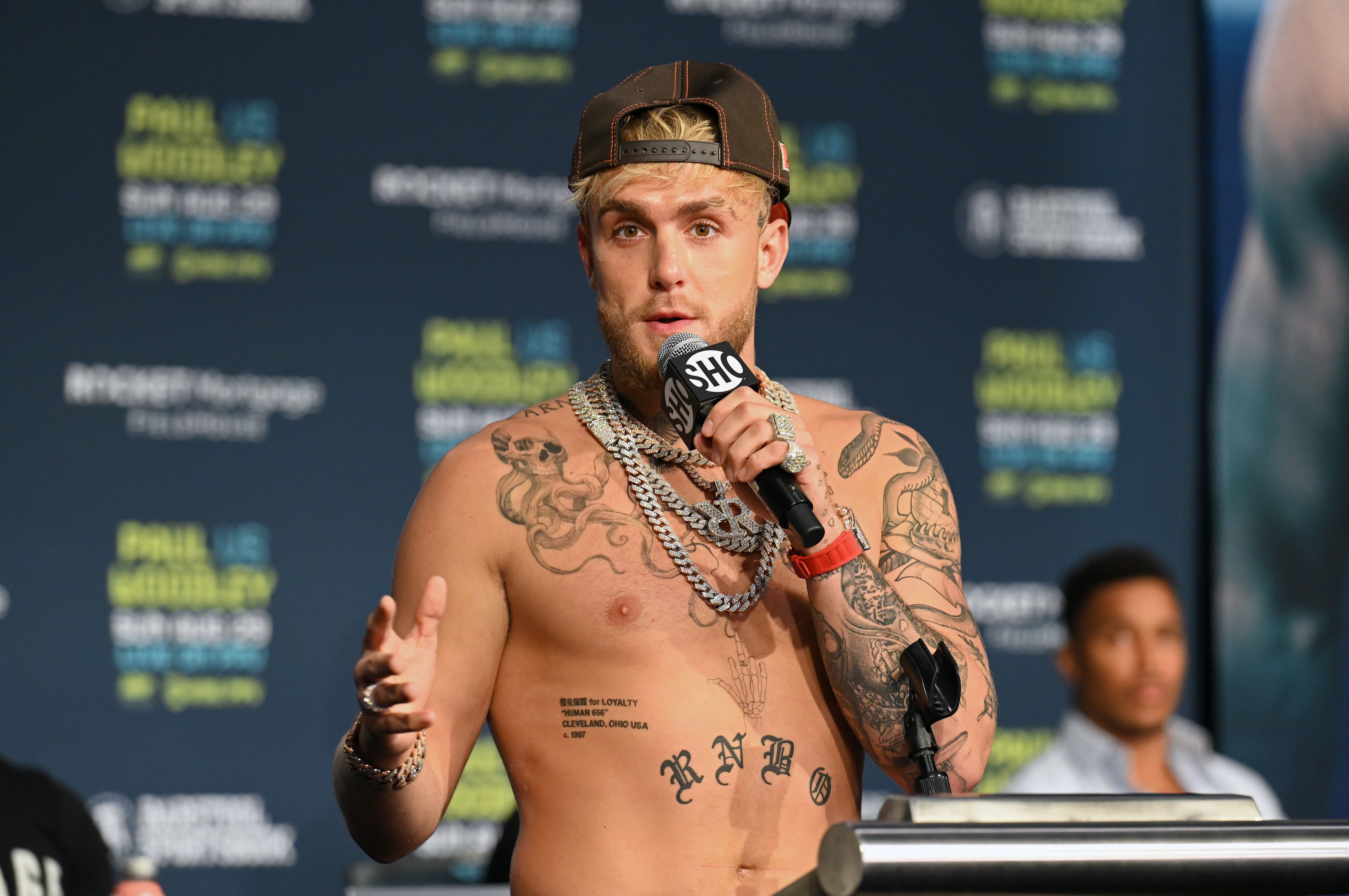 De La Hoya is a hero of the social media sensation and has even offered his support and advice behind the scenes.

The former six-division champ and Olympic gold medalist has been vocal in supporting Paul, who he believes can sensationally go all the way in boxing.

De La Hoya, 48, told SunSport: "I admire him for his courage.

"I admire him for just being so adamant about becoming world champion and I see the talent in him.

"I strongly feel that he's set in his heart that he can become world champion and I really believe that he can.

"He does have skill, he doesn't have the experience that people might be criticising him about, but that's going to happen in time.

"He happens to have a lot of followers, therefore he has a lot of criticism but that comes with the territory."

Paul, 24, only turned professional in January 2020 with just one boxing exhibition to his name.

Paul now faces his biggest step up to date on Sunday night in Tyron Woodley, 39, who is a former UFC welterweight champion.

The American is still widely untested in the ring but has been a huge box office hit, with his two most recent wins selling over 3m pay-per-views combined.

And despite heavy criticism of his opposition, De La Hoya has called for patience with Paul, who is bringing numbers back to boxing.

He said: "One thing about me, he's been attracting a whole new fanbase which is very admirable, no one has ever been able to do that.

"So we must embrace it as a boxing community, we must not be so negative.

I strongly feel that he's set in his heart that he can become world champion and I really believe that he can.

"Jake Paul's a fighter who can open up a lot of doors, who can change boxing, who can just attract the masses on a global level.

"So I'm his fan, 1,000 per cent and I'm looking forward to do something with him for the sake of the sport."

De La Hoya retired 13 years ago after a brutal loss to Manny Pacquiao, who is still fighting aged 42.

But he last year announced a shock comeback having been inspired by heavyweight icon Mike Tyson, 55, who is November returned to the ring.

De La Hoya will follow suit on September against Vitor Belfort, 44, who like Paul's next opponent Woodley formerly held a UFC title.

The Golden Boy has kept a keen interest on Paul's fight with Woodley and broke down their differing styles.

De La Hoya said: "Woodley I can see has been working hard.

"He has a great trainer but a difference I see with Woodley and Jake is just the punches, the angles, the power.

"They're going to be in great shape, Woodley feels incredible, he feels amazing but me as a fighter, as an expert, I can see where the punches are coming for, the angles.

"I just feel that Jake has better discipline when throwing the punches, so that could be the difference there."