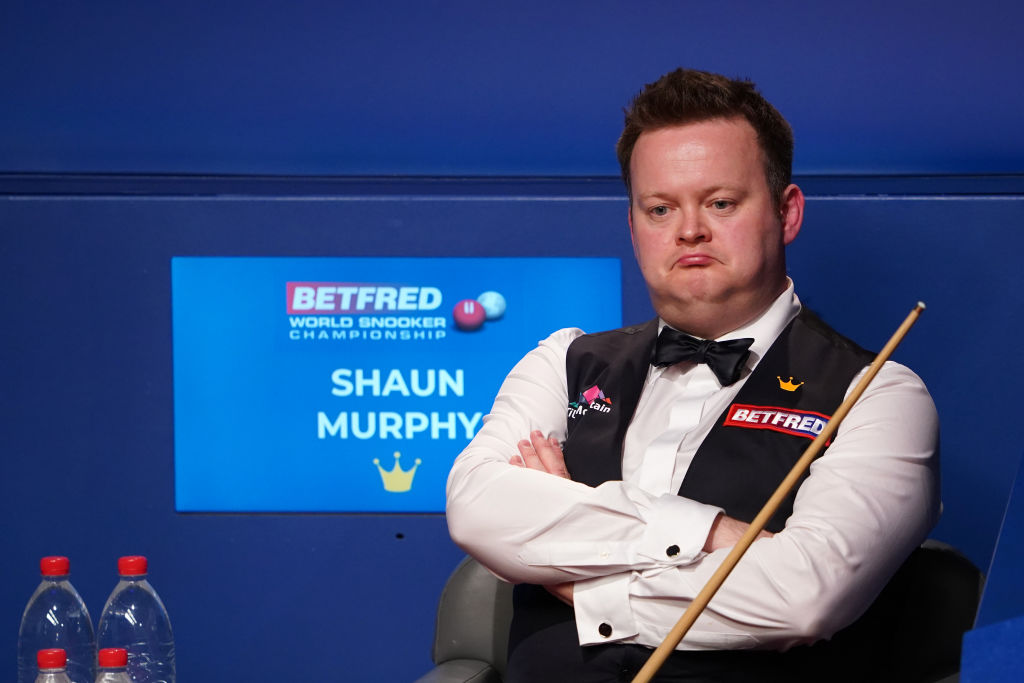 Ronnie O’Sullivan has told Shaun Murphy that he needs to stop getting sucked into Mark Selby’s style of play in the World Snooker Championship final or he has ‘zero chance’ of winning and it will ‘haunt him for years’.

Murphy took a 5-3 lead into the second session but ended it 10-7 behind as Selby put on a match-play masterclass at the Crucible.

The three-time world champion turned in an all-round display of immense quality, but also his trademark granite mindset, remorselessly slugging it out and watching his opponent mentally crumble around him.

Murphy was finding it impossible to get any fluency as Selby either made breaks of his own or put balls safe and restricted the Magician to half chances with long periods of time between them.

In some ways it is a classic Selby performance, playing the match on his own terms and O’Sullivan says Murphy needs to change that immediately to have any chance of lifting the world title on Monday.

‘His head’s in mush, Selby’s keeping balls tight on the cushions, his head is in a jam jar, he can’t think straight,’ the Rocket said on Eurosport.

‘If they was to put scanners in his brain they’d be saying: “This fella is really not in a good place at the moment.”

‘If I was to go into Murphy’s corner, I’d say to him: “From this point onwards, every time he goes to make the game scrappy you have got to get every ball off the cushion. Every time he puts one on the cushion, get two off.

“Get the balls out in the open, if you feel like you’re getting sucked into his pace and you’re walking round the table three times, no, get to the table, play the first shot you see then sit in your chair. Let him do all the walking around, driving himself mad.”

‘There’s no point in getting sucked in and playing Selby’s game. The only way Murphy can win is with that other type of game, and even if he loses, do it on your own terms, don’t lose playing snooker like those last few frames, because that will haunt him for years.

‘He will look back at this final and go, “I was meant to enjoy that.” He needs to come out and at least say he enjoyed that final, and the only way he’s going to do that is busting balls out, get them off the cushions and playing the type of snooker that got him to this final.

Playing ultra-aggressive snooker in the face of granite match-play could be seen as a very dangerous ploy, with Selby just as capable as anyone of pouncing on chances himself.

O’Sullivan doesn’t see it as a risk though, because Murphy currently is guaranteed to lose, in his eyes, so it will only improve his chances.

‘Sometimes you’ve got to sacrifice one of your soldiers to win a battle and you might lose a solider but you’ll win certain battles,’ said Ronnie.

‘At the moment he ain’t gonna win any battles, it’s a no-win situation.

‘It might look reckless getting balls out, but you’re sticking the ball in Selby’s court and saying, “Come and play me, come and fight me”.

‘He ain’t up for a fight, he don’t want that type of game, he knows Murphy’s gone now.

‘There’s no blaming Mark Selby at all, but don’t try and play that game if you’re Shaun Murphy, or anyone in the game!

‘John Higgins had to play Selby in the final and it went like that, not even the great John Higgins, even he crumbled. If he can’t come up with an answer for it, you’ve got to forget trying to compete with him on them terms.’

There is still plenty of time for Murphy to recover, with two more sessions as the players race to 18 frames on Monday at 1pm and 7pm.