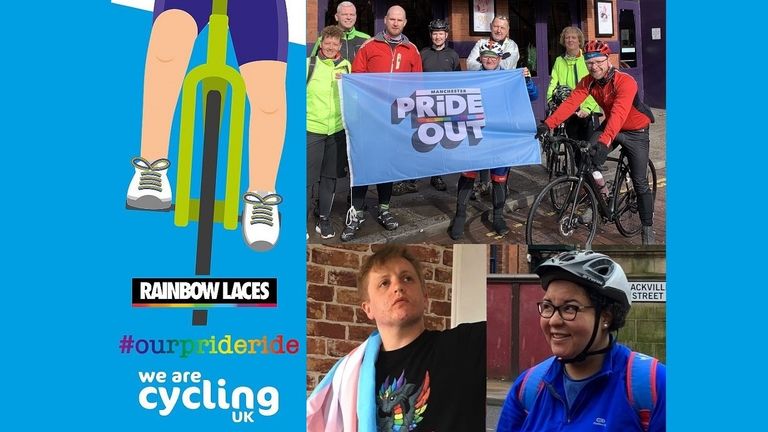 There are few more impressive spectacles in sport than a peloton of multi-coloured jerseys sweeping through streets and roads in glorious sunshine.

Yet with the pandemic causing the cancellation of the Women’s Tour in the UK – the race was originally scheduled for this week – as well as September’s Tour of Britain, elite road cycling is off the domestic calendar in 2020.

Globally, the Tour de France, Giro d’Italia and UCI World Road Championships have all been pushed back into the autumn, and the Tokyo Olympics postponed by 12 months. As many sports prepare to restart competitively this month, the world’s best road cyclists must wait, with no serious racing due until at least August.

However, in cities, towns and villages across the country, there has been a recent explosion in grassroots cycling participation. Sport England data shows the number of active cyclists doubled between April 1 and May 16, while Transport Scotland figures for the last week in April indicated cycling journeys were 120 per cent higher than usual. That surge in pedal power is now being channelled into a new initiative on Saturday called #OurPrideRide, reflecting the community building that has happened during lockdown. 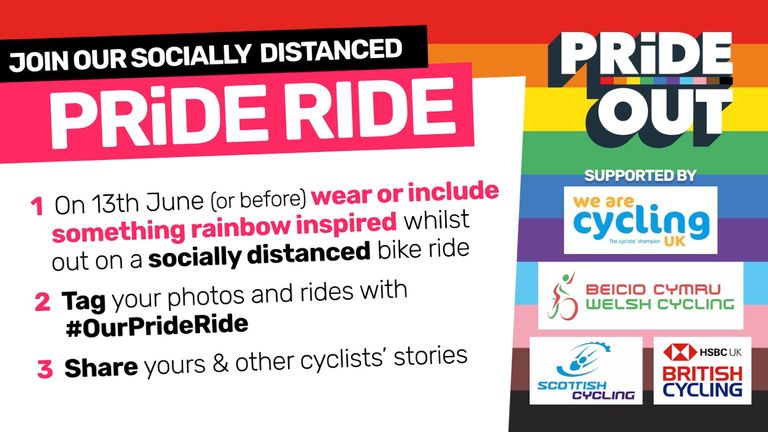 The prospect of some extra colour and vibrancy to lift cycling spirits in this disrupted summer is a tonic for Richard Hearne, the founder of LGBT+-inclusive club PRiDE OUT. The group are partnering on the #OurPrideRide project with Cycling UK during the charity’s Bike Week. “I’m hoping on Saturday that there will be some incredible photos that will just make people smile,” Hearne tells Sky Sports. From rainbow jerseys to Rainbow Laces, it’s expected that the visibility will send out a strong message that the sport is welcoming to all.

“This event is for everyone in the wider cycling community,” says Hearne, who set up PRiDE OUT in Manchester a year ago as a way to increase the participation of LGBT+ people in an activity he’s passionate about. “I’ve found cyclists in general to be a great bunch of people. For example, if you break down on the side of the road, you’ll almost always get asked if you need any help. There’s a real sense of camaraderie between cyclists. 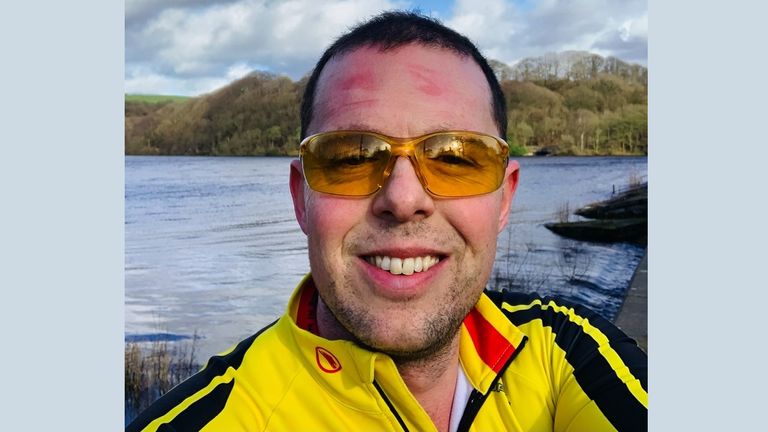 No one else had attempted an LGBT+-inclusive cycling network before in the UK, but this proved there were all these people looking for a group like ours.

“For some reason though, there’s very little LGBT+ representation throughout cycling as a sport – there’s no out gay male pro cyclist, for example.” Having read that Greater Manchester was home to around 200,000 LGBT+ people, but rarely if ever meeting any of them in cycling circles, he launched PRiDE OUT cautiously at first, to gauge the level of interest. “We had a couple of trial rides and enough people came along and enjoyed themselves to give me confidence to pursue it.

“I didn’t want to put on official rides unless there was insurance and a structure, so I got the group affiliated to Cycling UK and we have received huge support and encouragement from British Cycling too. We then put on 15 bike rides at the start of the year, and by March we were getting full attendance – but then the lockdown came.”

Hearne used social media to keep the momentum going, sensing how more and more people were taking to two wheels. “With the warmer weather, I also knew some cyclists were going to be coming out of ‘hibernation’ too, so I used our Facebook group to share selfies and videos. Then one Saturday back in April, we had a flood of posts – Strava route maps, pictures, people posting about their rides, from 50-milers to five-mile pootles round the park.

“Suddenly it proved that no matter how good you are, or what you’re wearing, or what your body shape is, you can just get involved. It created more of a community, even though we’re not yet cycling again together.” 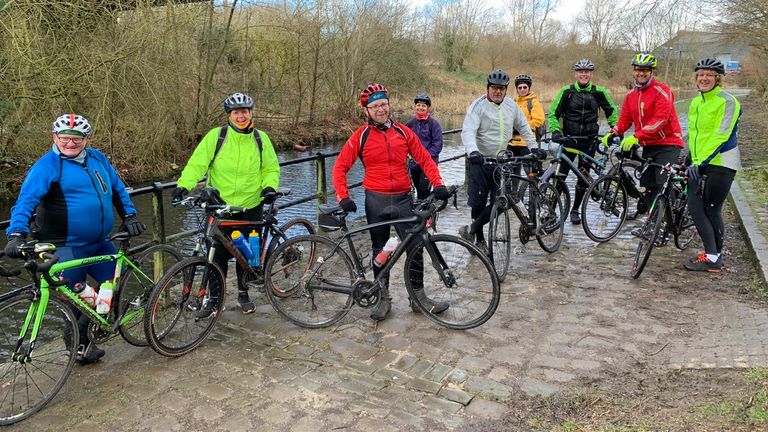 “To me, being on my bike means freedom to be myself, freedom from everything that’s going on. I always feel better for doing it. Casual cycling is one of the few activities where gender really doesn’t matter. People rarely study cyclists that closely – they hardly notice their gender, which means it becomes accessible for people who maybe in other environments would get misgendered. Also, having the choice of what you can wear is great for people like myself who don’t wear fitted clothes for fear of what others might see. The benefits to both my physical and mental health are invaluable” – Reuben Bryant

“I have a demanding job and I care for my disabled mum. I love going out on my bike – it makes me feel alive. It’s liberating being out there on an adventure. Finding PRiDE OUT has been the highlight of the year for me so far. The sessions are fun and are helping me to grow in confidence as a cyclist” – Sam Reyani

There was another burst forward for the group in mid-May when they were chosen to be a featured community club on the Cycling UK website. The article attracted interest from amateur LGBT+ cyclists up and down the country, from Southampton to Scotland, and from the South-West to Suffolk.

“I’d always had a thought in the back of my mind that this could grow, because no one else had attempted an LGBT+ inclusive cycling network before in the UK,” says Hearne. “But this proved there were all these people looking for a group like ours.

“Firstly, many were cycling alone because they didn’t feel like they belonged in a club – they worried they wouldn’t be able to keep up, or that they’d have the wrong type of bike or kit. And then here was us saying, we want there to be something for everyone – you can be a beginner in tracksuit bottoms who just wants to do a few miles; or if you want to do Land’s End to John O’Groats, there’ll be an option for you as well.

“Secondly, just by saying very clearly that we’re inclusive – a mix of identities, sexualities, skin colours, ages – that made us quite unique, and people have responded. I set up nine new regional Facebook groups and 1,200 people joined within a fortnight.” 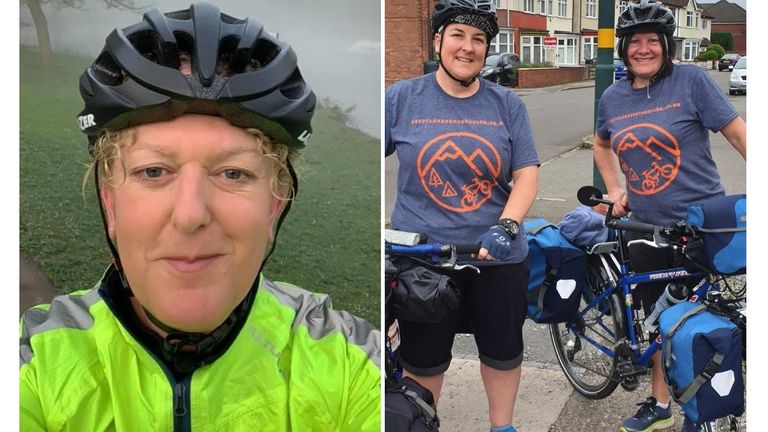 “It’s such a friendly, inclusive group, and a great way to meet new friends and improve your fitness. Everyone is welcome” – Louise Ryell

“We run a blog called Bicycle Adventure Club in Birmingham. Travelling by bicycle gives us an immense sense of freedom. Sometimes the weather’s bad but when we reach our destination – heart pumping, breathing hard, cold, wet and dirty – we’re still smiling. We feel accomplished! Cycling also provides us with thinking space and time to talk. It’s hard to hang onto moods and negativity when you’re flying down the other side of the hill you just worked your way up. It’s the closest thing to flying. It’s also good to know you’re not only looking after yourself, but your environment” – Sarah Round and Mary Daly

Through social media, Hearne has encountered occasional resistance to the group’s formation. “When that happens, I try to politely explain why our group is needed and I offer people to come and join one of our rides – sometimes they don’t know what to say.” Overwhelmingly however, the reaction from people who aren’t LGBT+ themselves has been positive, with the Facebook groups fostering a sense of togetherness ahead of a return to ‘real-life’ gatherings in the future. “We had a guy in our south-west group the other day who told me that he wasn’t gay but that he considered himself an ally and wanted to come along.”

The messages from LGBT+ people have been particularly uplifting. “I’ve just had one from East Anglia that said, ‘thank you so much for all you’re doing – there’s three of us here in Ipswich and we wouldn’t have met if this group wasn’t here’.” In the coming months, Hearne plans to train volunteers in each region who can act as ride leaders. 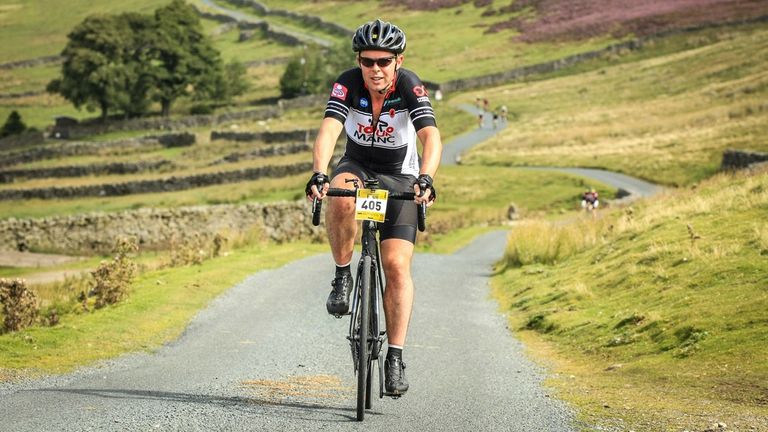 As for this weekend’s socially-distanced rides, support and promotion of the campaign has also come from British Cycling, Welsh Cycling and Scottish Cycling, as well as award-winning blogger and author Emily Chappell, and the Rainbow Laces campaign. Indoor cycling is encouraged too – Stonewall Sport Champion Philippa York will be among those taking part in virtual ‘Pride On’ rides on Zwift in support of the charity Athlete Ally.

Having already seen PRiDE OUT take off during lockdown, Hearne believes Saturday’s initiative will not only send a clear and colourful statement that everyone is welcome in cycling, but also show other sports about the relevance of supporting Pride.

“Having governing bodies like British Cycling helping to raise awareness makes all the difference,” he adds. “It’s just about having that understanding of why representation matters – ‘if you can’t see it, you can’t be it’.

“I really hope #OurPrideRide becomes an annual event, something that’s ingrained in the cycling world.”

Mike Tyson hints comeback could be in UFC as boxing legend, 53, insists ‘anything’s possible’ – The Sun

Inside look at different ways Giants can improve at wide receiver