LIONEL MESSI broke the record for most wins for Argentina as his country won in Peru for the first time since 2004.

The Barcelona superstar beat Javier Mascherano's record before warning his national side are going from strength to strength after the 2-0 victory. 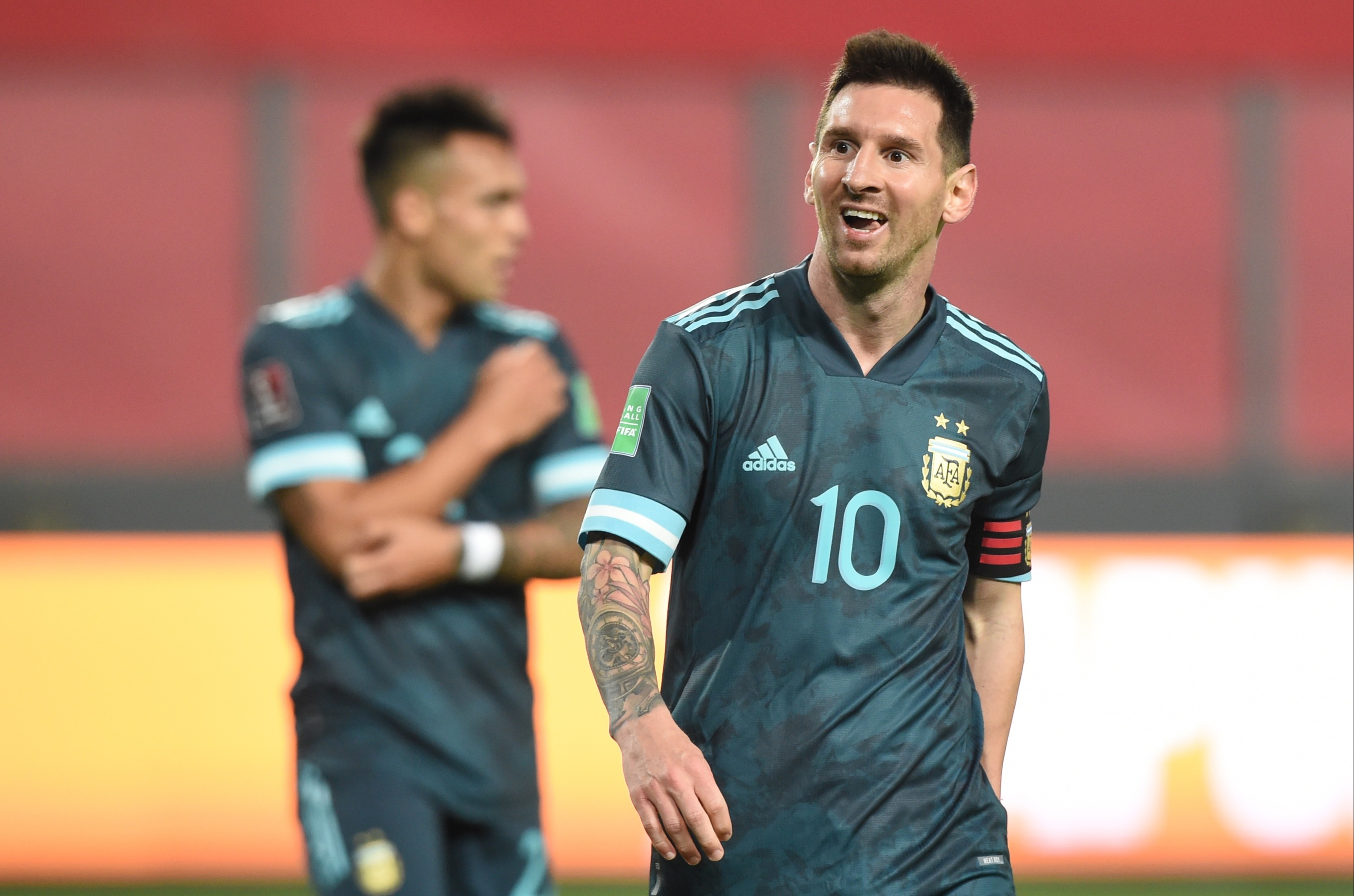 First half goals from Nicolas Gonzalez and Lautaro Martinez saw the Argentinians take the points in the World Cup qualifier in Lima.

And the win means Messi now has 85 wins from his 142 caps – pipping recently retired Mascherano who managed 84 from 147 international games.

Former West Ham, Barcelona and Liverpool man Mascherano also holds the record for most caps ever for his country which Messi is just five games away from equalling.

But after the win in Peru – which leaves Argentina just two points behind first placed Brazil in the qualifiers table – Messi was focussed on the team's improvement rather than his own achievements.

He said: "Happy with the victory, we needed it after the game we played the other day.

"From the beginning we had a great match, the goals came and we created many, many chances."

Argentina played out a frustrating 1-1 draw with Paraguay on Friday.

And Messi added: "The second half the other day was already very good and I think we continued on the same line, even raising the level a bit.

"I think this is the way we have to follow. Little by little we are becoming stronger as a group.

"Whenever I come here I try to do my best and I feel qualified to fight for this shirt. I feel good to continue working and adding games."

Messi posted an emotional good luck message to former Barca and international team-mate Mascherano after he announced his retirement from football on Sunday.

SunSport also exclusively reveled today Manchester City will ramp up their pursuit of Messi in January after failing to land him in the summer.