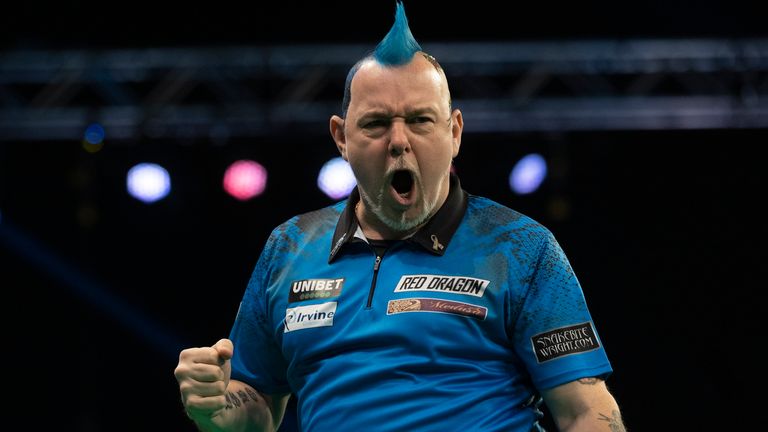 Michael van Gerwen and Peter Wright lock horns on Night Two of the Premier League Darts on Tuesday evening and, based on their recent exchanges in the media, it promises to be explosive.

Throughout the last 18 months, the pair have frequently been embroiled in pre-tournament mind games, predominantly instigated by Wright questioning Van Gerwen’s credentials.

“He shouldn’t be on holiday now, he should be here practising. He’s a fantastic player and obviously he knows what to do, but he won’t; there are too many good players around,” Wright added.

Van Gerwen brushed off Wright’s comments in an interview with Sky Sports’ Michael Bridge ahead of the tournament, claiming: “They love to talk about me. No one admits it but they all know and they won’t admit it, and I know for a fact, I’m their biggest threat.” Nevertheless, Wright has since retracted his claim about MvG not landing a major title in 2021, revealing that they were designed to fire up the world No 2, in a bid to bring the best out of Snakebite himself.

Both are looking to open their winning account for the Premier League season, after both kicked off with draws on opening night – Van Gerwen rescuing a point against Dimitri Van den Bergh while Wright was denied by another debutant, Jonny Clayton pinching a point in the 12th leg of their match.

In the absence of world champion and world No 1 Price, Van Gerwen (2) and Wright (3) are the highest-ranked players in this year’s field, while surprisingly they only have one title between then so far this year – that went to Wright at the recent Super Series.

Given their pedigree as world champions and major winners the pair arguably have no business getting involved in such drama – but the mind games initiated by Wright may for an interesting dynamic.

“I think there’s something that’s changed in Peter since he became world champ. I’ve never been world champ but I’m assuming that once you do actually become a world champion you probably look at some things in different ways,” Sky Sports Wayne Mardle says. 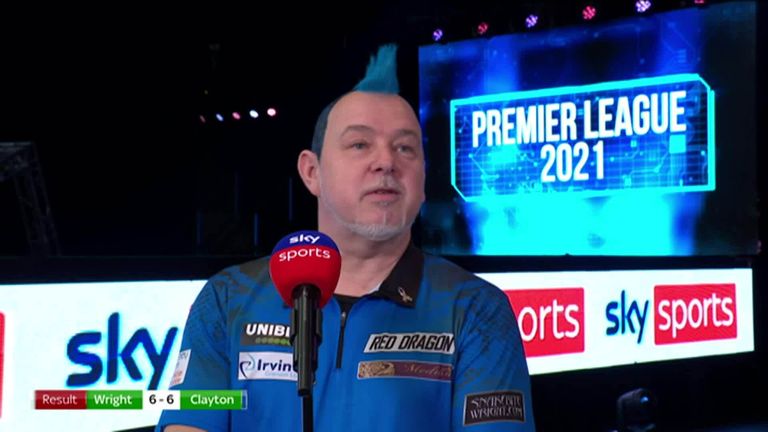 “Peter Wright pulls out MvG when there’s absolutely no need; his mind is definitely concerned about him. Baring in mind no-one has beaten Peter Wright on the planet more than Michael van Gerwen.

“I’m sure that he lives in his mind somewhat, but Peter hasn’t got the worry about anyone because he knows what he can do. He’s a world champion, he’s a winner and he can do things on a board that many others can’t.”

What’s not quite right with MvG?

“Let’s be honest, he was slightly better in 2018 and 2019. The averages don’t lie, he was averaging nigh-on 101 for those two years and he’s now averaging 99. We know that they’re only a guide but over a year, they’re the best guide – they really are. “I’ve had the privilege of working with Darts Orakel a bit and they sent me some stats through about Michael van Gerwen. The breakdown was that Michael’s percentage of hitting a double with three darts, a double with two darts and a double with one dart have all dropped.

“Not only have the players got better, but he’s not hitting those finishes as regularly as he used to. That’s it in a nutshell.

“If you’re not taking out a double with three darts as often as you used to and you’re allowing your opponent to have another visit, you’re going to lose a lot more games. That’s what’s happening to Michael; he’s losing more games.

To say these two have history is an understatement! Tuesday’s clash will be their 85th competitive meeting, and Van Gerwen dominates the pair’s head-to-head record, having prevailed in 62 of these encounters.

Wright has beaten the Dutchman 20 times, but ‘The Green Machine’ has enjoyed the monopoly in their crunch clashes, particularly in major televised finals.

The colourful Scot was beaten in nine consecutive major finals by MVG, including the 2014 World Championship finale and the 2017 Premier League showpiece, which saw Wright suffer heartbreak after squandering six match darts.

Nevertheless, the 51-year-old finally avenged the litany of crushing losses at the hands of Van Gerwen by defeating the three-time world champion in the 2020 World Championship final, to seal his maiden world title.

Van Gerwen won their opening three encounters in 2020, although Wright has triumphed in their last two clashes – including an 8-1 drubbing during last year’s Premier League – their most recent televised tussle.

This year we are putting Wayne Mardle up against Mark Webster in his predictions, and it was a superb early start for Hawaii 501 who nailed two perfect three point hauls for the draws between Wright and Clayton and MvG and Van den Bergh. 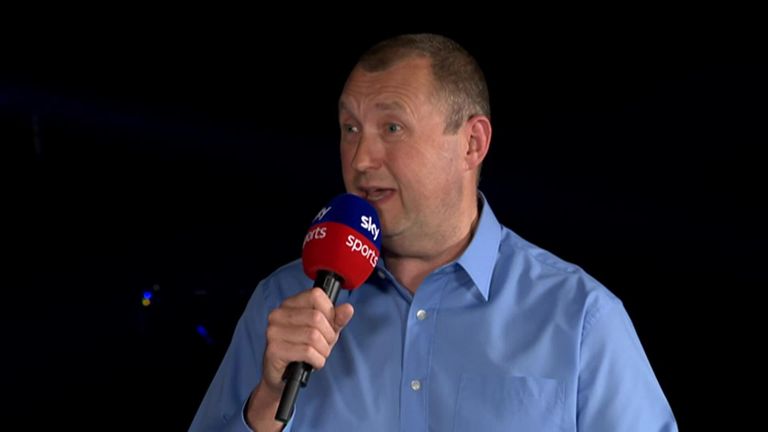 He also got a third outcome right as well to put up an impressive seven-point haul. In contrast, Webby failed to pick up a single point, ruing his decision to change his mind late in the day and change draws to victories.

We’ll put it down to opening night nerves and give the former BDO world champion a chance to get himself back in contention on Night Two.

Don’t miss an arrow thrown with Sky Sports as the Premier League Darts action continues on Tuesday, with coverage getting underway from 7pm on Sky Sports Action

Ayr racing tips: Ayr Gold Cup trends – we help you find the winner of the valuable contest live on ITV