DOMINIC CALVERT-LEWIN and several Premier League stars have helped raise over £60,000 for a Brit footballer laying in a coma after a savage attack.

Danny Hodgson, 25, was the victim of an unprovoked one-punch attack from a 15 year old at a Perth train station in Australia, which left him with a fractured skull and a bleed on the brain. 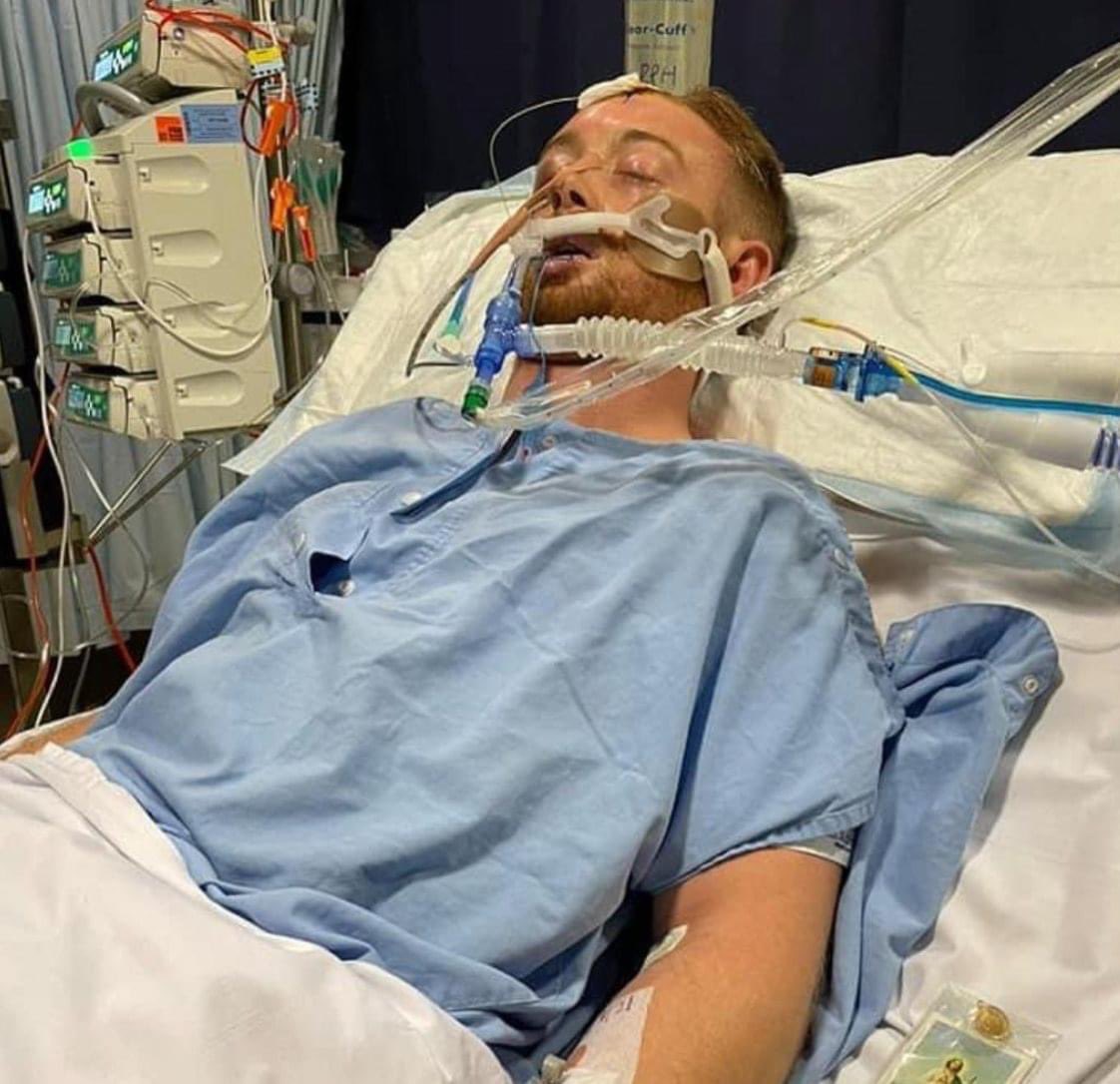 Announcing the attack on social media with a photo of Hodgson in a coma, his club, ECU Joondalup, said: "We are extremely saddened to report that our senior player Danny Hodgson is hospitalised with a bleed on the brain and a skull fracture. Stay strong Danny."

Thier manager Kenny Lowe revealed that the players had been on a night out after the club's final game of the season.

Following the brutal strike that left Joondalup star Hodgson for dead, his friend Steve Burton set-up a GoFundMe page to help with his recovery.

The page has been an overwhelming success and has raised the incredible sum since Wednesday.

Out of that whopping figure, Everton star Calvert-Lewin donated just over £2,000, and Manchester City keeper Scott Carson and his wife Amy handed over £1,000.

But the biggest donation came from Manchester United stopper Dean Henderson who pledged over £3,500 to Hodgson's plight.

The money will also be used to get the footballer's family to Australia to give him the support he needs during this tumultuous time.

Mum and dad Nicola and Peter, can now travel to be with their son after securing seats on the limited number of flights to Western Australia.

On Facebook, his mum Nicola said: "It's incredible that in 24 hours we have been able to achieve the impossible.

"I cannot thank everyone enough who has been involved. Our prayers have been answered and we have confirmed flights to Australia.

"Danny still has a long journey ahead of him but the fact that me and Peter will be by his side through it gives us enormous comfort.

"It's the most emotional experience I've ever had.

"One act of violence has spurred thousands of acts of kindness and for that we will be eternally grateful."

Joondalup also wanted to help, and raised more than £5,000 on their own GoFundMe page for the star.

After Hodgson underwent surgery, Lowe said it was a priority to get his family over to the country.

He said: "There's a big drive here to get his mam and dad Nicola and Peter here as quickly as possible.

"Danny has had a major operation and been put in an induced coma to help him recover. It's an awful situation for everyone involved.

"We are all devastated. He's a good player and a good lad.

"We are wrapping our arms around him, his girlfriend Jess and their families and giving them as much strength and support as we can."

Hodgson's former club Carlisle United, who he played for as a youth would also like to help out in anyway possible.

The club's boss Chris Beech said: "I can only give them my support and best wishes.

Beech referred to his own experience of going through tough personal times with his teenage son Brandon, who has cystic fibrosis.

He added: "From my own personal experiences in my private life with Brandon, and being on a donor list waiting for my son to get a liver, or having 10-12 hour operations and things like that.

"As a parent – I feel for the family and I hope it all goes well.

"It doesn't half put a lot of things into perspective. For me family is the most important thing, so they get our complete support."

A 15-year-old boy has been charged with grievous bodily harm and will appear before Perth Children's Court on September 22.

How Chelsea could line-up next season with Erling Haaland, Declan Rice and Achraf Hakimi added to star-studded squad