The Los Angeles Rams breezed through the Arizona Cardinals in the NFC wild-card playoffs on Monday night 34-11 to move on to the divisional round next week.

Matthew Stafford picked up the first playoff win of his career in his fourth try. He came in with three playoff appearances as a member of the Detroit Lions. His teams were previously outscored 95-54, but that wasn’t the case against Arizona. 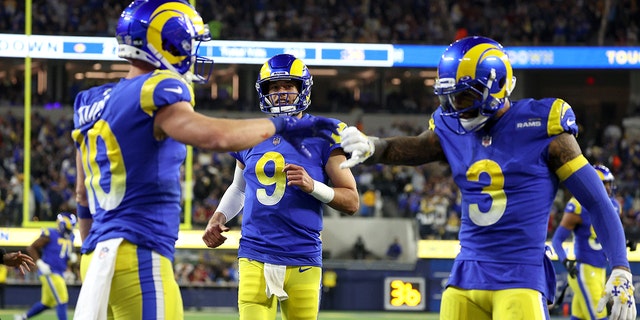 Kupp led the Rams in receiving with five catches for 61 yards. Beckham had four catches for 54 yards and had a 40-yard pass. Sony Michel ran for 58 yards on 13 carries and Cam Akers had 17 carries for 55 yards.

The Rams’ defense was all over Kyler Murray from the jump. He was 19-for-34 with 137 passing yards and two interceptions. He was also sacked twice.

A scary moment occurred in the third quarter when Cardinals safety Budda Baker was injured in a collision. He was carried off the field on a stretcher. 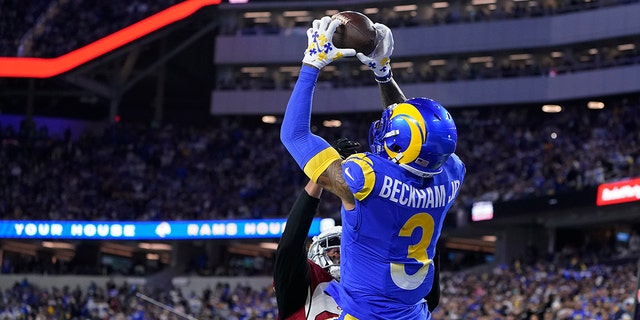 The Cardinals were making their first playoff appearance since the 2015 season. The team lost in the NFC Championship that year.

The Rams got back into the playoffs after a 12-5 record and are did a little bit better than last season after losing in the 2020 divisional round.

Los Angeles clinching a spot this season was their fourth playoff appearance in the last five seasons. The Rams made it as far as the Super Bowl during the 2018 season only to lose to the Tom Brady-led New England Patriots. 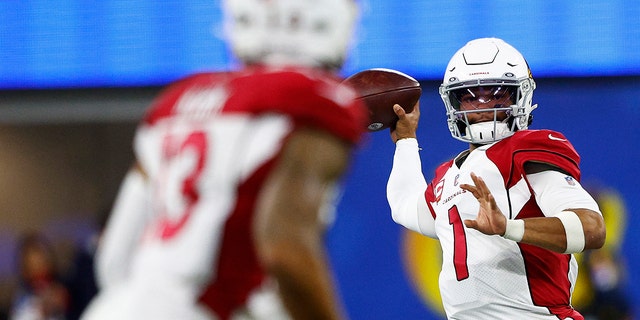 Kyler Murray #1 of the Arizona Cardinals throws a pass against the Los Angeles Rams during the third quarter in the NFC Wild Card Playoff game at SoFi Stadium on January 17, 2022 in Inglewood, California.
(Ronald Martinez/Getty Images)

Next week, the Rams will hit the road and run into Brady once again. This time, it’s the Brady-led Tampa Bay Buccaneers. Los Angeles beat Tampa Bay at home in Week 3 of the season, 34-24.