Dandenong Rangers entered the most important few weeks of their season with a thumping win over top-team Perth Lynx on Sunday.

The Rangers dominated an out-of-sorts Lynx 96-76 at Dandenong Stadium to shock the ladder leaders and remind the rest of the competition that the top four is far from locked in. 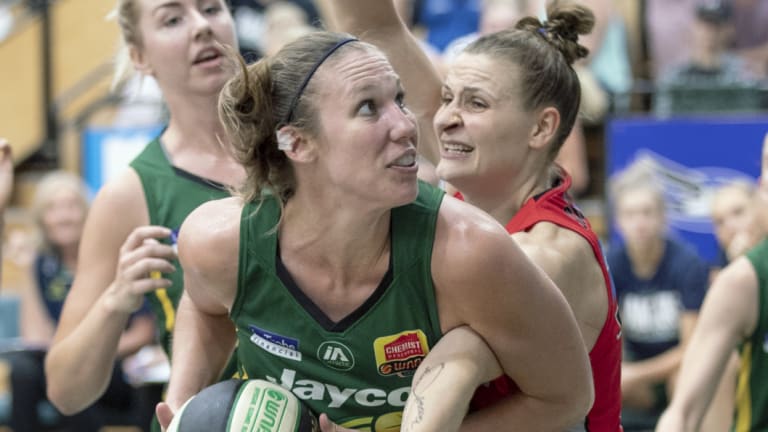 At the heart of this win was dogged defence and relentless running from the Rangers, and they also conjured some of their most inclusive offence of the season creating 25 assists and 28 free throws – of which they made 25.

The Lynx were worried out of a lot of their best offence and they looked weary, perhaps feeling the effects of having played in Perth on Friday before flying to Melbourne. But take nothing away from the Rangers, who played with the drive of a team making a statement. 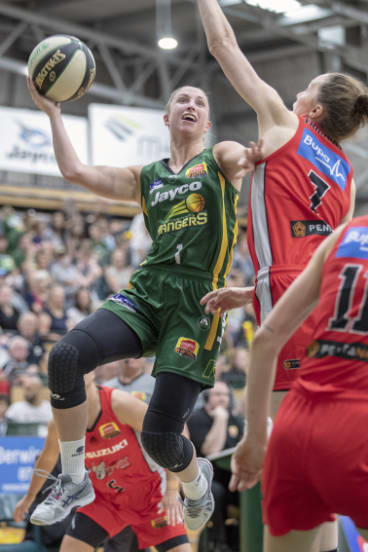 Top flight: Bec Cole sails to the basket to score two of her 21 points for the Rangers.Credit:Mick Connolly

Rangers import Kayla Pedersen scored 15 of her 21 points in the first half while Rebecca Cole continued her outstanding season with 21 points and six assists.

"Everybody came in with this chip on our shoulder because when we played them last time we lost by 30 points," Cole said.

"We wanted to get them back and we worked our butts off today. We win games by teamwork at both ends and today everyone stepped up and chipped in – it's a fun brand of basketball to play when we all do that."

Despite going into half time up 53-45, the Rangers came out determined to run Perth out of the game in the third term and that led to a 29-8 quarter.

"At half time we were all talking about this being a team who can come back. They were on their second game of the weekend so we wanted to step it up defensively, and we did that," Cole said.

Taylor described the game as a "weird" one for her side who very rarely lose by such margins or make so few visits to the free throw line, shooting just eight free throws.

"It was just one of those weird games," Taylor said.

"They hit a lot of shots and got their confidence going, it was just one of those games where they got hot and stayed hot – that happens every now and then."

The third term deficit was compounded by errors from her side, she added.

"They got out in that quarter and got some easy ones," Taylor said.

"They weren’t scoring a lot on our hard-nosed defence, it was more on our breakdowns so we kind of helped them, gave them the game instead of them taking it from us.

"We are not a perfect team. We have nights like this where it doesn't click but we know we have a solid foundation and we will always go back to that. We are not stressed about it.”

The Rangers (5-6 win-loss) have six more games in December and Cole said her side knows they will need more wins like this one to break into the top four.

"We are coming into a big month of double-headers, we need to be able to backup," Cole said.

"If we play like we did tonight we can beat anyone."

Canberra Capitals celebrated the return of Australian centre Marianna Tolo from a long injury lay-off with a 94-61 win over Bendigo Spirit on Sunday.

Tolo scored 23 points in her return after 10 months out with a knee injury while Kelsey Griffin added 21 points and Nat Hurst led Bendigo with 13 points.

The Rangers play Sydney University Flames in Sydney on Friday then host Bendigo Spirit at Dandenong next Sunday at 3pm.