HUNDREDS of Rangers fans breached coronavirus restrictions as they gathered on the eve of the Old Firm derby to sing a sectarian chant.

Video footage has emerged online of the Union Bears, a Gers fans' group, lined up next to the River Clyde in Glasgow. 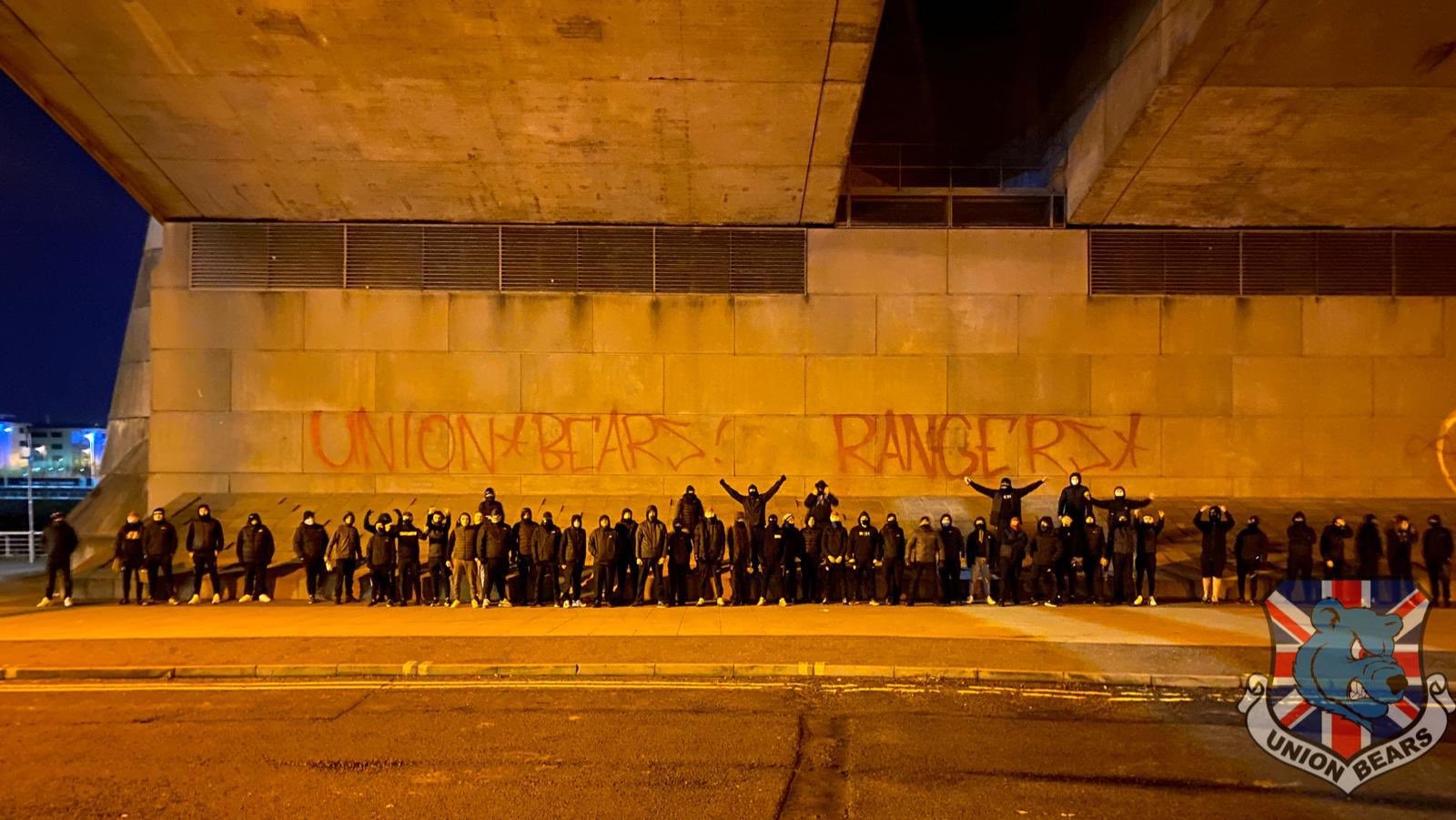 Standing directly underneath the Kingston Bridge, the 'ultras' wore dark clothing and face coverings as they posed for pictures ahead of the crunch derby encounter.

As well as a picture of the hundred-strong group, the Union Bears posted a clip of them belting out sectarian chant, known as the 'Billy Boys' ahead of Celtic's short trip to Govan this lunchtime.

The Light Blues fans also spray-painted the wall behind them, part of the famous bridge which connects the M8 to the city centre.

The group's social media posts have racked up thousands of likes since they were shared late on New Year's Day.

Fans have of course not been able to attend football in most parts of Scotland since the initial Covid outbreak in March last year.

The derby match, held at Ibrox, will be played behind closed doors.

Rangers lead their arch rivals by 16 points and could extend that gap to 19 with a win, although the Hoops do have three games in hand.

Meanwhile, a banner has been attached to the Celtic Park ring of steel to pay respects to the victims of the Ibrox disaster.

Today marks the 50th anniversary of the tragedy when 66 Rangers supporters went to watch their team and didn't return home, in one of Scotland's biggest tragedies.

The banner reads: “Ibrox Disaster 1971. We remember and pray for the victims and their families.”