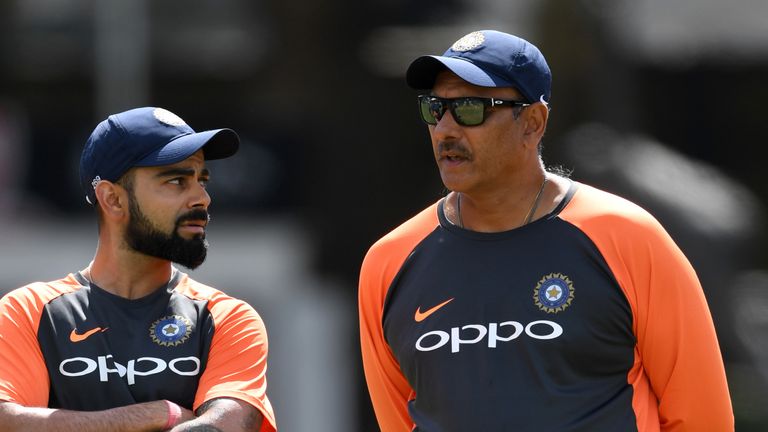 Ravi Shastri will continue in his role as head coach of the Indian cricket team up to 2021, with the BCCI choosing him over potential new candidates Mike Hesson and Tom Moody.

As well as incumbent Shastri, Hesson and Moody, former India players Lalchand Rajput and Robin Singh were also short-listed candidates, while ex West Indies opener and coach Phil Simmons – most recently in charge of Afghanistan’s World Cup campaign – was in the mix until dropping out of Friday’s interview process.

The contracts of Shastri and his coaching team were set to expire after the World Cup but they were handed an extension until the ongoing tour of the West Indies, where Virat Kohli’s men still have to play two Tests.

Before departing for the tour, Kohli had openly backed Shastri to continue in the job. His next assignment will be the home series against South Africa, where they will play three T20 internationals and three Tests starting in September.