ZINEDINE ZIDANE fumed after his Real Madrid side were forced to play away at Osasuna despite a freak snowstorm in Spain.

Heavy snow in Madrid meant the Real squad were stuck on their plane to Pamplona for more than three hours before take-off on Friday night, ahead of their clash at El Sadar on Saturday. 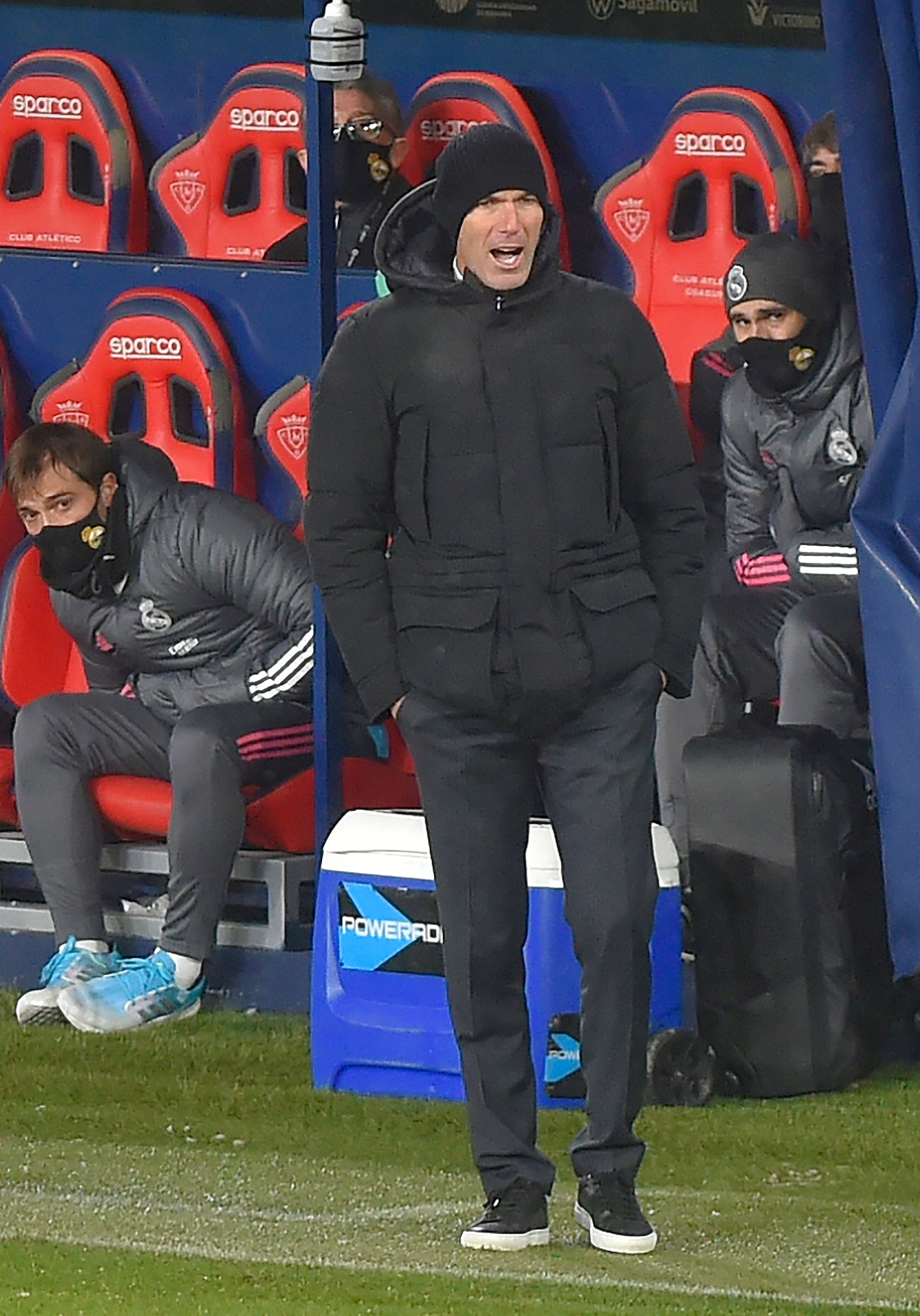 After being held to a frustrating 0-0 draw by La Liga's 19th-placed side, boss Zidane was left angry the game was allowed to go ahead.

Speaking in his post-match press conference, Zidane said: "We played because we were ordered to play.

"It wasn't anything close to professional football game for me.

"In the end, the conditions were very difficult.

"That's my answer about the feelings after all that happened these two days.

"Now we don't even know when we'll be back in Madrid."

The result leaves Real a point behind La Liga leaders Atletico Madrid, who have THREE games in hand over their city rivals.

Amid the adverse weather conditions, Los Blancos had attempted to have the match moved from 9pm local time to midday on Saturday, when the snow was forecast to be light.

Zidane's frustrations were compounded when rivals Atletico had their home game against Athletic Bilbao postponed after the visitors were unable to land at the capital's Barajas airport. 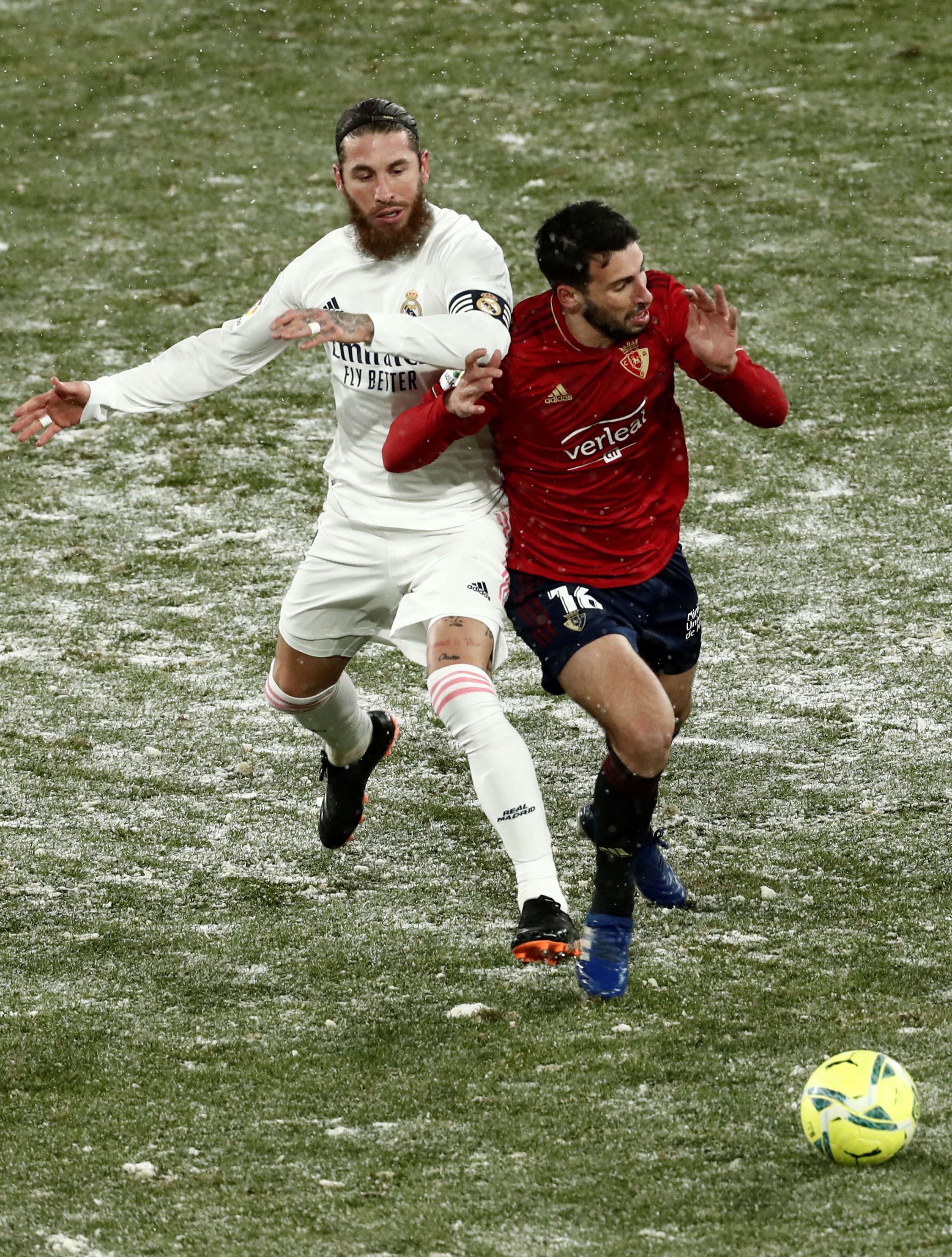 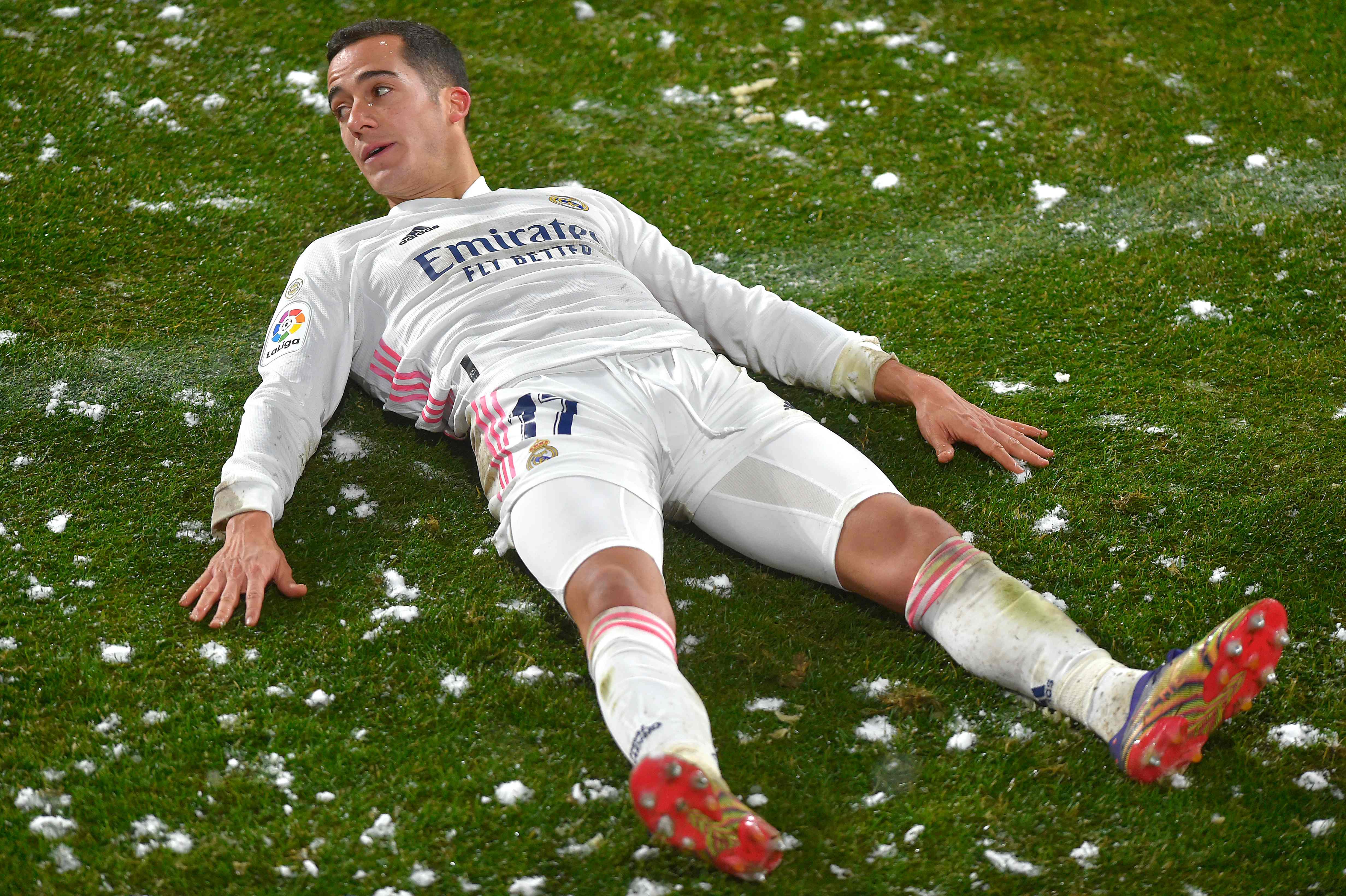 Getafe's trip to Elche on Monday is also in doubt despite the clubs agreeing to delay their fixture by 24 hours, as Jose Bordolas' side wait to discover whether they will be able to travel from Madrid.

More than two feet of snow fell in the Spanish capital on Friday – the most in a 24-hour period since records began in 1971.

Real Madrid's Spanish Supercup preparations have also been thrown into disarray after they were forced to spend Saturday night in Pamplona, with Barajas not expected to reopen to incoming flights until at least Sunday afternoon.

Zidane's side take on Athletic Bilbao in Malaga on Thursday, while Clasico rivals Barcelona face Real Sociedad in the competition's other semi-final on Wednesday. 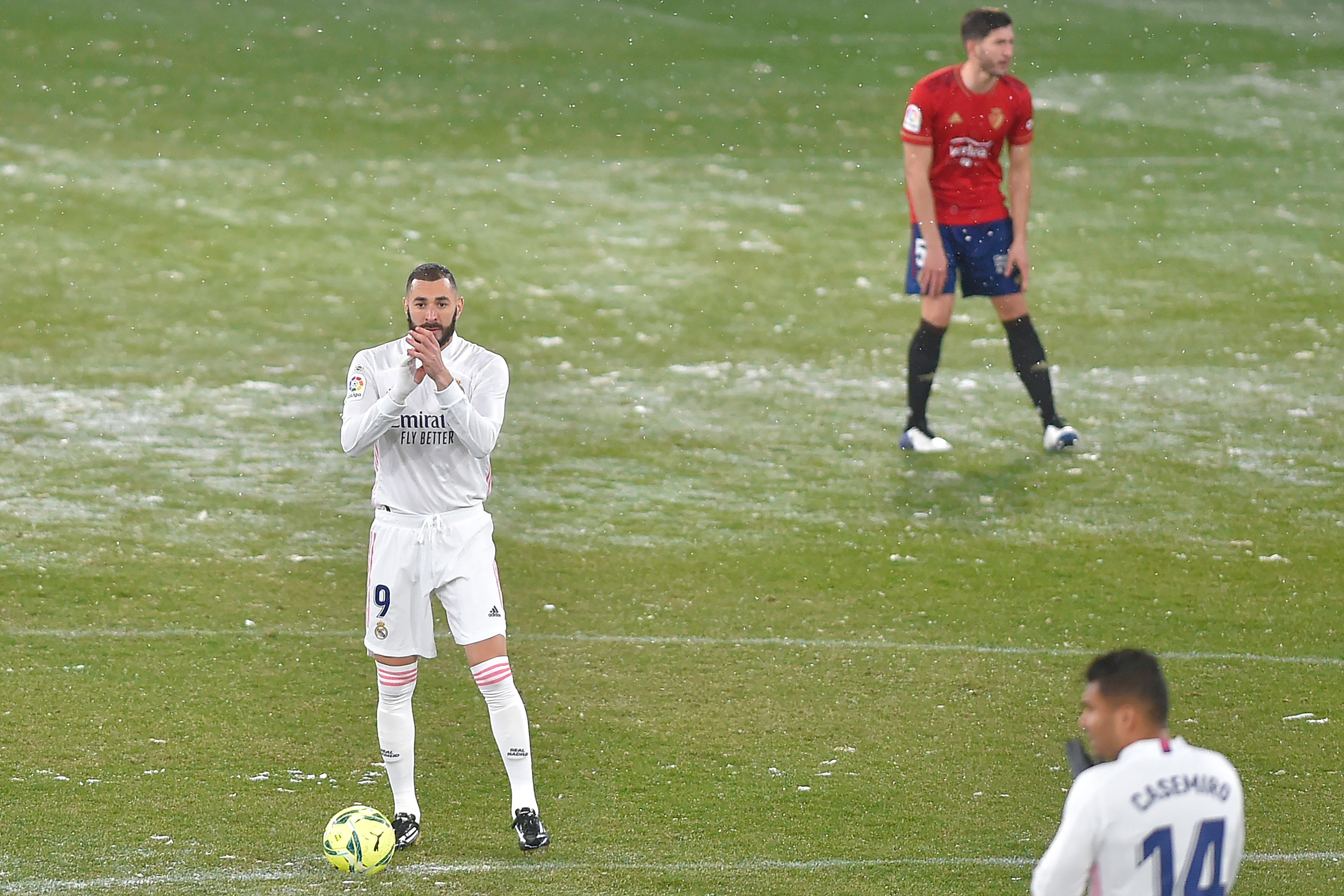