ALMOND EYE retired as the highest-earning Japanese horse ever after a stunning victory in the Japan Cup.

The legendary five-year-old earned owners just under £1million per race during a glittering career. 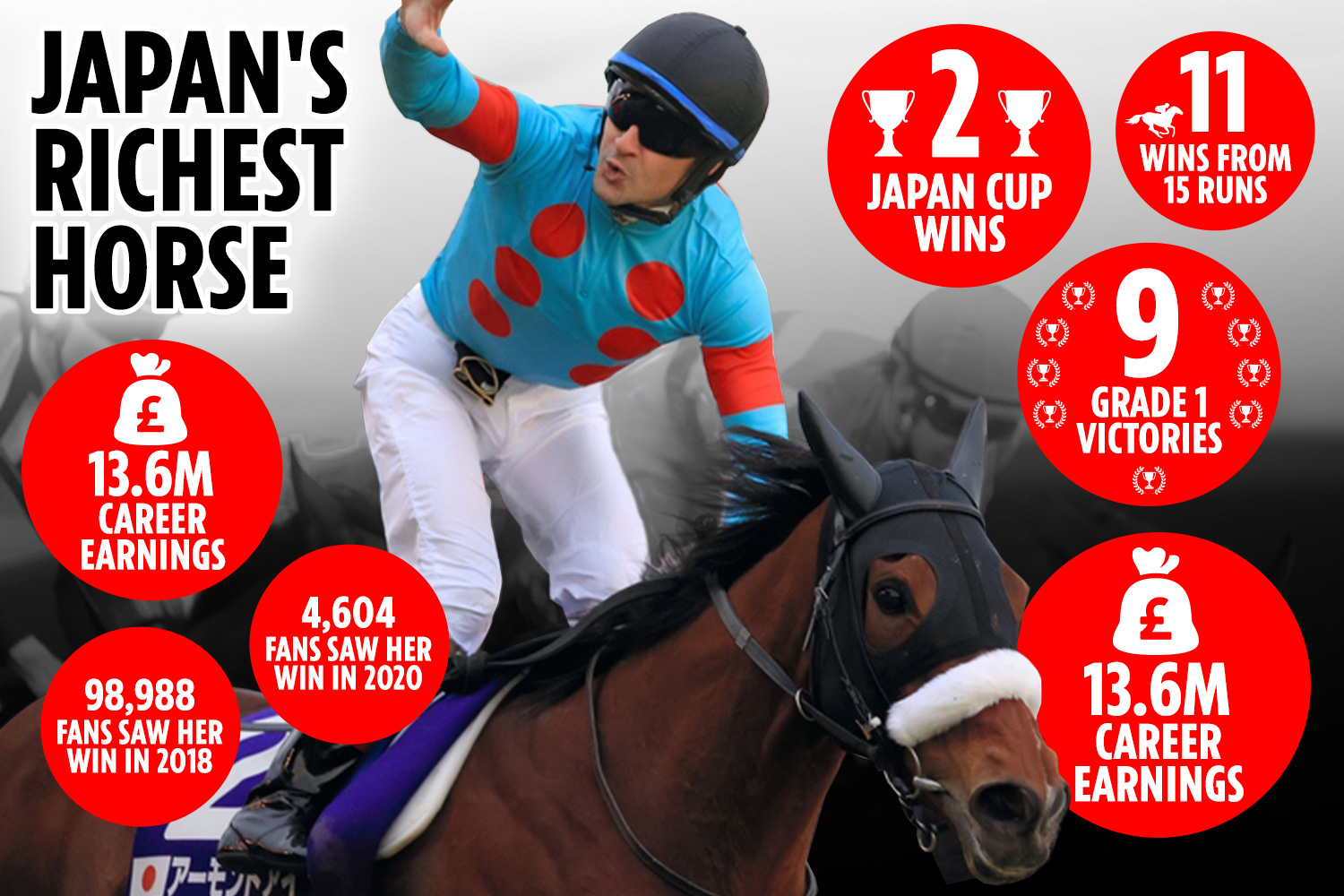 Almond Eye won a total of £13.6m from 15 races – having triumphed in a record nine Grade 1 turf contests.

Grade 1 is like the Champions League of horse racing and the highest level of races horses and jockeys compete in.

It means she smashed the previous record held by Kitasan Black, who won £13.5m during a 20-race career before retiring in 2017.

Kitasan Black was ridden by iconic Japanese jockey Yutaka Take, the highest-earning jockey in the world with a jaw-dropping £665m made during his career.

And it was French rider Christophe Lemaire – rapidly reducing the gap to Take's winnings total – who was onboard Almond Eye.

But the fairytale finish initially looked in doubt due to the front-running performance of Kiseki.

The 4,604 fans present at the Tokyo racecourse saw the 44-1 shot build an enormous lead before the chasing pack ate up the ground close to the end.

Lemaire asked the question of the 6-5 favourite inside the final furlong and she burst through like a train, leaving market rivals Contrail and Daring Tact to battle for second and third respectively.

The win means Almond Eye is just the second horse ever to win two Japan Cups after winning her first in 2018.

Lemaire said afterwards: "I'm very happy to win with Almond Eye again of course, but the most delightful thing is that it comes on her last run.

"I was able to enjoy the race and it was special – she was Almond Eye as usual and so professional.

"I couldn't stop my tears last time because of the pressure of the record-breaking expectation, but today it was a sayonara party. She's the strongest horse in Japan."

And it seems fans were equally eager to watch – and bet – on the spectacle.

The Racing Post reported that betting turnover on the 1m 4f race – a staggering £194m – was the highest this century.

Los Angeles mayor Eric Garcetti says large gatherings, such as sporting events, might not return until 2021