A REFEREE charity has urged the FA to ban footballers coming within two metres off officials.

Refsupport UK has called on football chiefs to implement the tougher rule in a bid to reduce the risk of spreading coronavirus on the pitch. 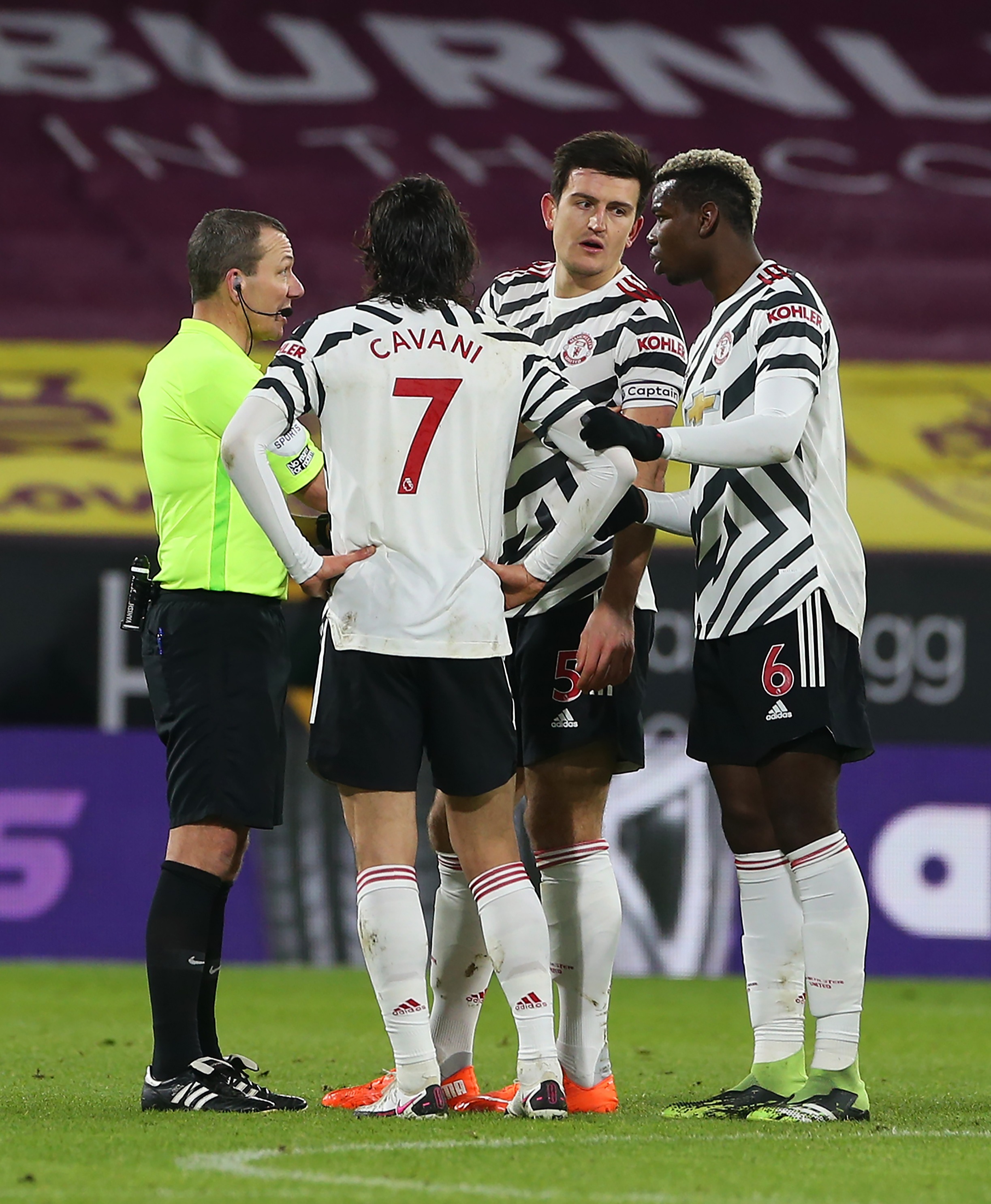 Football stars have already been asked not to celebrate in groups after scoring in a bid to lower the spread risk.

But with officials seemingly forgotten about when considering on-field social distancing rules, the ref charity have called for change.

Refsupportuk tweeted: “It would be brilliant if the FA could also state that players should not intentionally be within two metres of a match official.

“There is no reason whatsoever for a player to be intentionally that close to a match official.”

The suggestion has reportedly been put to the FA but it has not developed beyond that stage yet.

It came afterminister for sport Nigel Huddleston MP suggested footballers should not be given special treatment as the country battles against the deadly virus.

He tweeted: "Everyone in the country has had to change the way they interact with people and ways of working.

"Footballers are no exception. Covid secure guidelines exist for football.

"Footballers must follow them and football authorities enforce them – strictly.”

Huddleston's message came after Premier League chief executive Richard Masters sent a letter to all 20 top flight clubs reminding them of 'the critical importance of adhering' to strict Covid protocols.

He also told clubs 'handshakes, high fives and hugs must be avoided'.

Despite the new guidelines, Sheffield United's players celebrated in a group after they scored their winner against Newcastle on Tuesday.

And Fulham's players hugged and high-fived after they equalised against Tottenham on Wednesday.

This latest development comes after Aston Villa's clash with Everton on Sunday was postponed as Covid-19 continues to wreak havoc with the season.

The Villans had to play their Under-23 side in the FA Cup last week against Liverpool after a host of positive test results forced them to close their training ground.

Now Villa will be without a game this weekend again after top-flight chiefs confirmed their game with the Toffees was off.

A Premier League statement said: “Aston Villa's home match against Everton, scheduled to be played on Sunday 17 January at 12:00 GMT, has been postponed by the Premier League Board.

“Following the rescheduling of Villa's fixture against Tottenham Hotspur, which was due to be played last night, a significant number of players and staff remain in isolation.

“As a result, the Premier League Board has agreed to Aston Villa's request to postpone their match on Sunday.”

When does transfer window close, and is it same for Premier League and EFL?