RISING MMA star Khamzat Chimaev has broken into the UFC's welterweight rankings despite fighting just three times for the promotion.

The Russian-born-Swede is quickly becoming one of the most exciting prospects for Dana White following his meteoric rise this year. 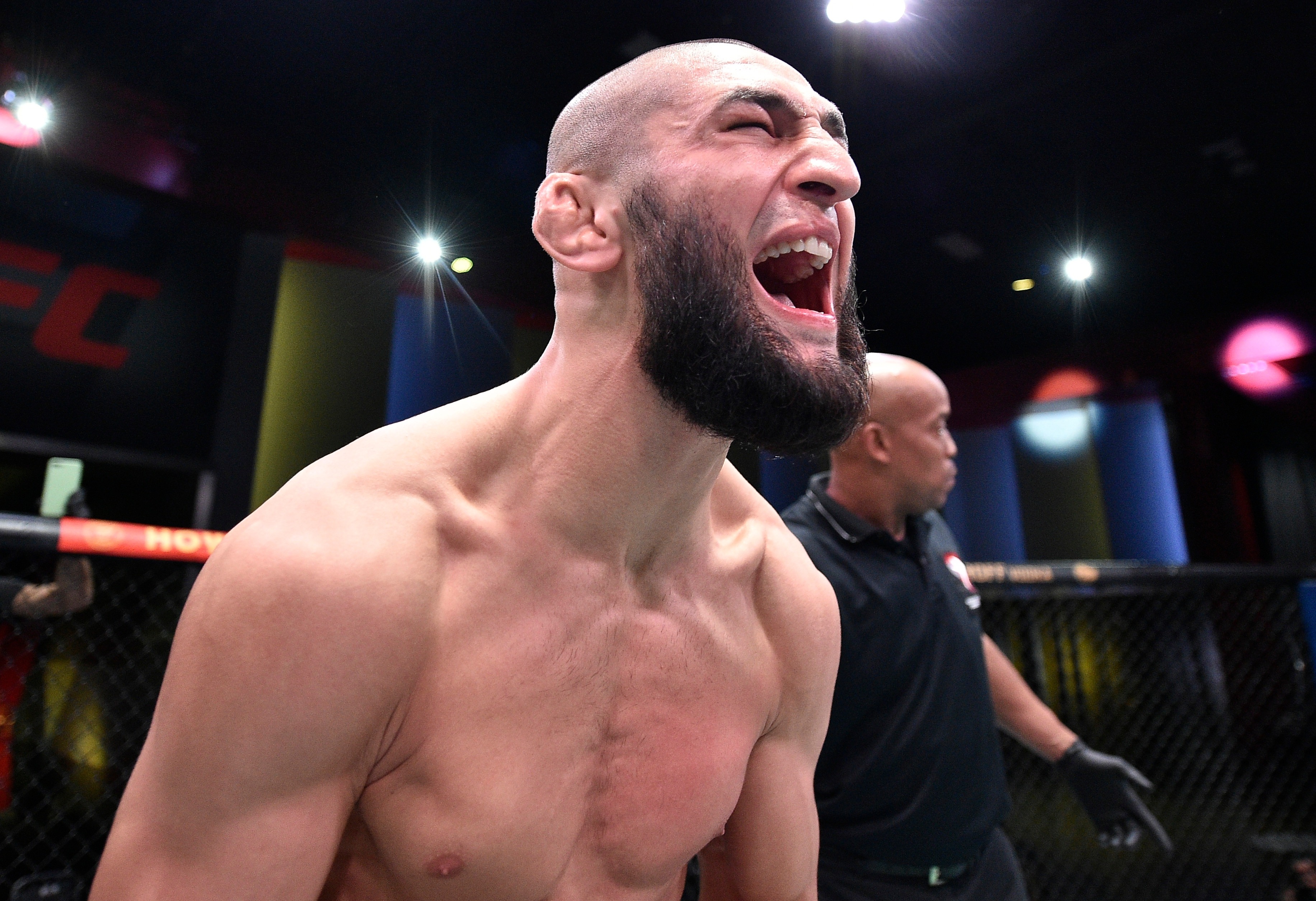 The 26-year-old rose to fame this July by twice fighting on Fight Island.

He then moved back up to maintain his winning momentum with a 17-second knockout of Gerald Meerschaert last month.

And the UFC have now decided to crown Chimaev in the top 15 of the welterweight division.

Yet the decision may come as a surprise to fans with the 9-0 fighter having just one win at 170lb – against Northern Ireland's McKee – who was making his octagon debut at the time.

Meanwhile, Nate Diaz has been removed from the rankings having not fought in over a year with his last win at UFC 241.

And Rafael dos Anjos has also been bumped after he moved back down to lightweight where he picked up a win over Paul Felder.

As for Chimaev, he now faces No3 ranked welterweight Leon Edwards, who is on the back of an eight-fight win streak, in December.

And Rocky recently claimed Dana White is desperate for him to lose so that the UFC can continue to push his opponent as the next big thing.

He said: “I know the UFC’s probably banking, Dana anyway, I know he’s praying that this kid wins, but I’ll be way too much for him in there, I’m telling you.

“They’ve done this before with other fighters. They’d get one, two good wins in their career and the UFC kind of pushed them straight to the top, and then they get beat.

“Like in boxing, if you’re a good prospect, they kind of build you slowly, make you learn the tricks of the trade and go through adversity. They’ve done it to many other fighters you can name. It’s not worked out.”