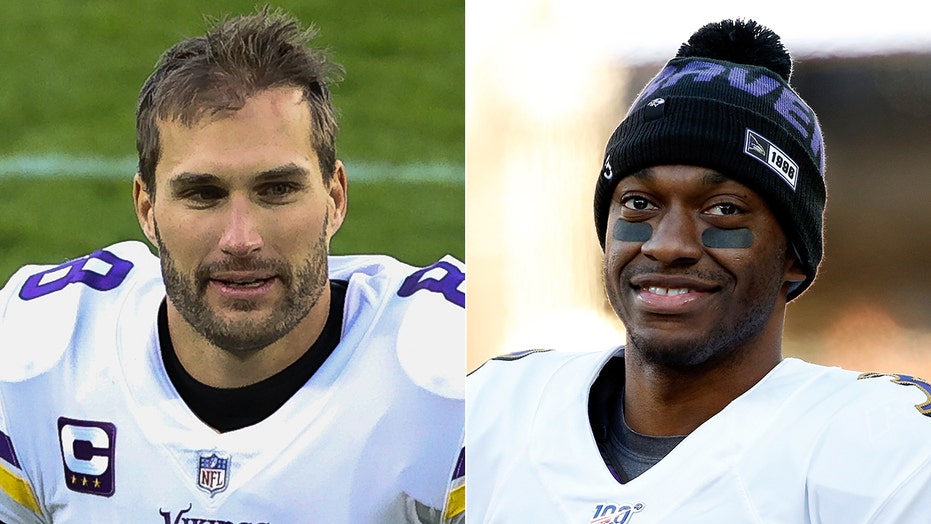 The Minnesota Vikings scooped up Texas A&M quarterback Kellen Mond in the third round of the 2021 NFL Draft this past weekend, and a former teammate of Kirk Cousins believes the team is preparing for the future.

Robert Griffin III, who shared the same quarterback room with Cousins in Washington, believes Mond is a serious threat to steal the starting job in Minnesota.

“I could tell you No. 8 in Minnesota is probably not real happy right now, because Kellen Mond represents exactly what [Cousins] doesn’t do well,” Griffin told Bleacher Report. “Kellen Mond is a big, physical quarterback. He can run and throw it all over the field and I don’t think that’s something that No. 8 is able to do.”

Last year during his senior season at Texas A&M, Mond threw for 2,282 passing yards with 19 touchdowns and only three interceptions. He also had 294 yards on the ground with four more scores for the Aggies.

Griffin believes Mond’s dual-threat ability on the field could be a difference-maker for the Vikings.

“Cousins has been collecting checks there in Minnesota for a long time, taking them to 8-8 and 9-7 seasons,” Griffin added. “If he has a bad start to the year like he did last year, I could see the fans and maybe the organization leaning toward Mond if he comes in and impresses.”

Last season, Cousins threw for a career-high 35 touchdowns, but he had 18 total turnovers and was sacked 39 times, which was sixth-most in the NFL. If the Vikings get off to a rocky start, there’s a chance Mond could be inserted into the starting lineup.

Revealed, the real reason for ball-boys… to make Chelsea’s 23-stone, 6ft 4ins goalkeeper look even bigger between the sticks