RORY McILROY was snapped wearing a one-off £30,000 gold Omega watch during a practice round at the Masters.

The Northern Irish star, 31, will wear the expensive bespoke timepiece for the duration of this weekend's tournament at Augusta as he attempts to complete a major Grand Slam. 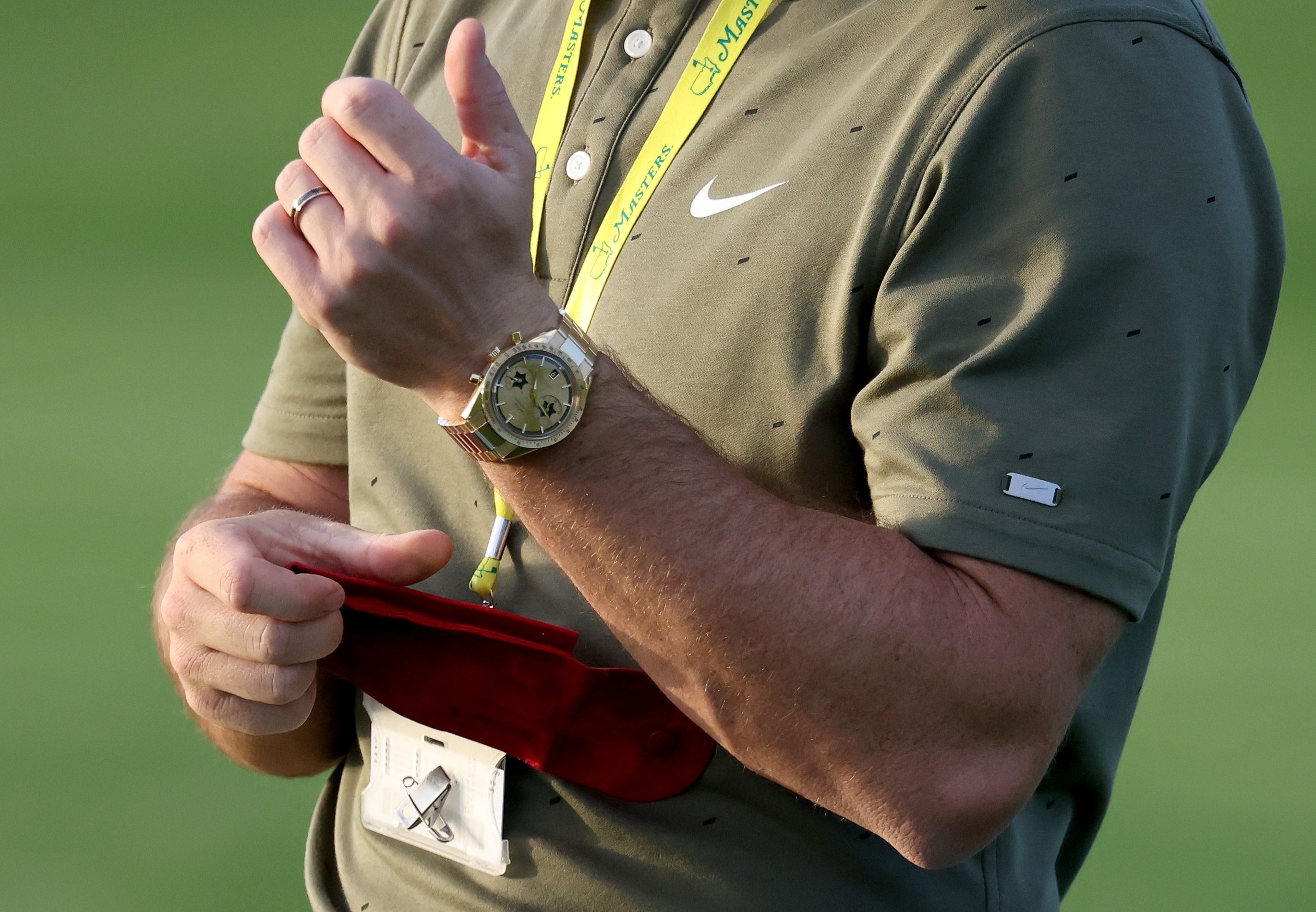 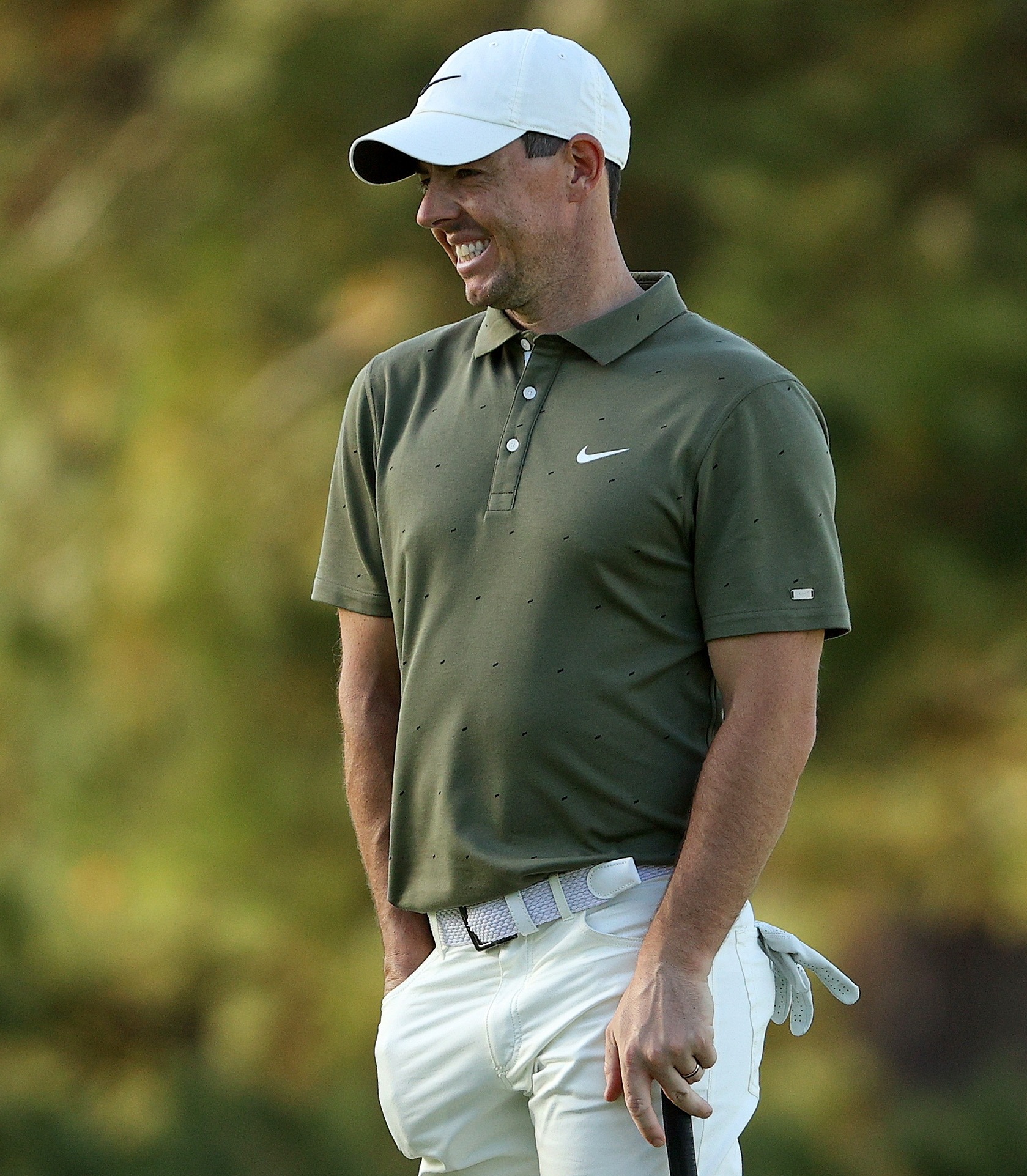 World No5 McIlroy has won four majors but the Masters is the only one to elude him – with his last triumph in 2014 at the US PGA after previous victories at The Open and US Open.

He would be just the sixth person in golfing history to complete the Grand Slam if he can firmly banish the memories of 2011 – when he butchered a four-shot lead on the final day – to pick up the green jacket on Sunday.

But Irishman Paul McGinley, McIlory's 2014 Ryder Cup captain, thinks he won't win this year's Masters as he needs to be centre of attention and full of confidence and momentum.

McIlroy has struggled of late – failing to finish in the top five in any PGA tour event since March.

He famously suffered timekeeping issues in the 2012 Ryder Cup but recovered to play his part in the Miracle at Medinah.

But McIlroy should not experience any similar problems with the custom Speedmaster made by Omega on his wrist in Georgia.

The yellow gold watch will set punters back a cool £29,700 – roughly the same amount as the average annual pre-tax salary in the UK.

The bespoke piece of jewellery is a tribute to McIlroy's career and features a nod to the incredible course record 61 he shot at Royal Portrush as a 16-year-old.

When exposed to UV light, the unique subdials reveal the numbers 16 and 61 in a classy touch.

Despite winning the 2019 Masters to cap a heroic comeback tale, Tiger Woods has also been written off this week by McGinley.

World No1 Dustin Johnson and beefy US Open champ Bryson DeChambeau are among the bookies' favourites.

Tennis pro Rafael Nadal is another global sporting superstar to have flaunted a luxury watch.

The Spaniard showed off a £780,000 custom Richard Mille at this year's French Open – 'the most expensive watch ever worn on a tennis court'.

Eagles-Cowboys clash will make or break so many legacies