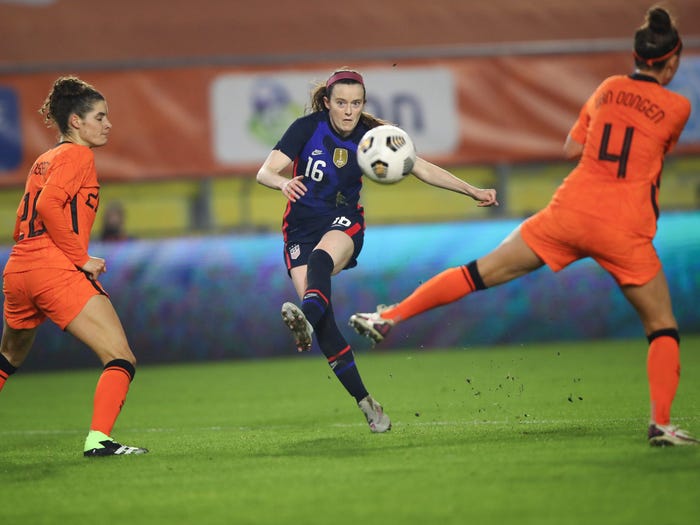 More than a year after her 2019 World Cup final golazo, Rose Lavelle is still tormenting the Dutch.

The US Women's National Team's star midfielder scored a stunning goal against the Netherlands to put the Americans on the board during their first game in 261 days. After striker Christen Press brought the ball up the center of the field and split two defenders with a leading pass, Lavelle took a few dribbles and cut the ball back to her left foot at the top of the box.

Then she launched a rocket into the side netting.

Lavelle famously put the USWNT ahead 2-0 against the Netherlands during the 2019 World Cup final, all but solidifying the Americans' win that secured the team's fourth star. That time, the 25 year old sliced through multiple Dutch defenders in the midfield before delivering a low, left-footed strike into the corner of the goal.

It's safe to say the Dutch aren't so fond of Lavelle at this point. She's expected to continue pacing the USWNT for years to come, including at the Tokyo Olympics next summer.