SCOTLAND stars WON'T be taking a knee prior to their Euro 2020 matches.

The Scottish FA have confirmed that they will continue to promote an anti-racist message by standing before matches. 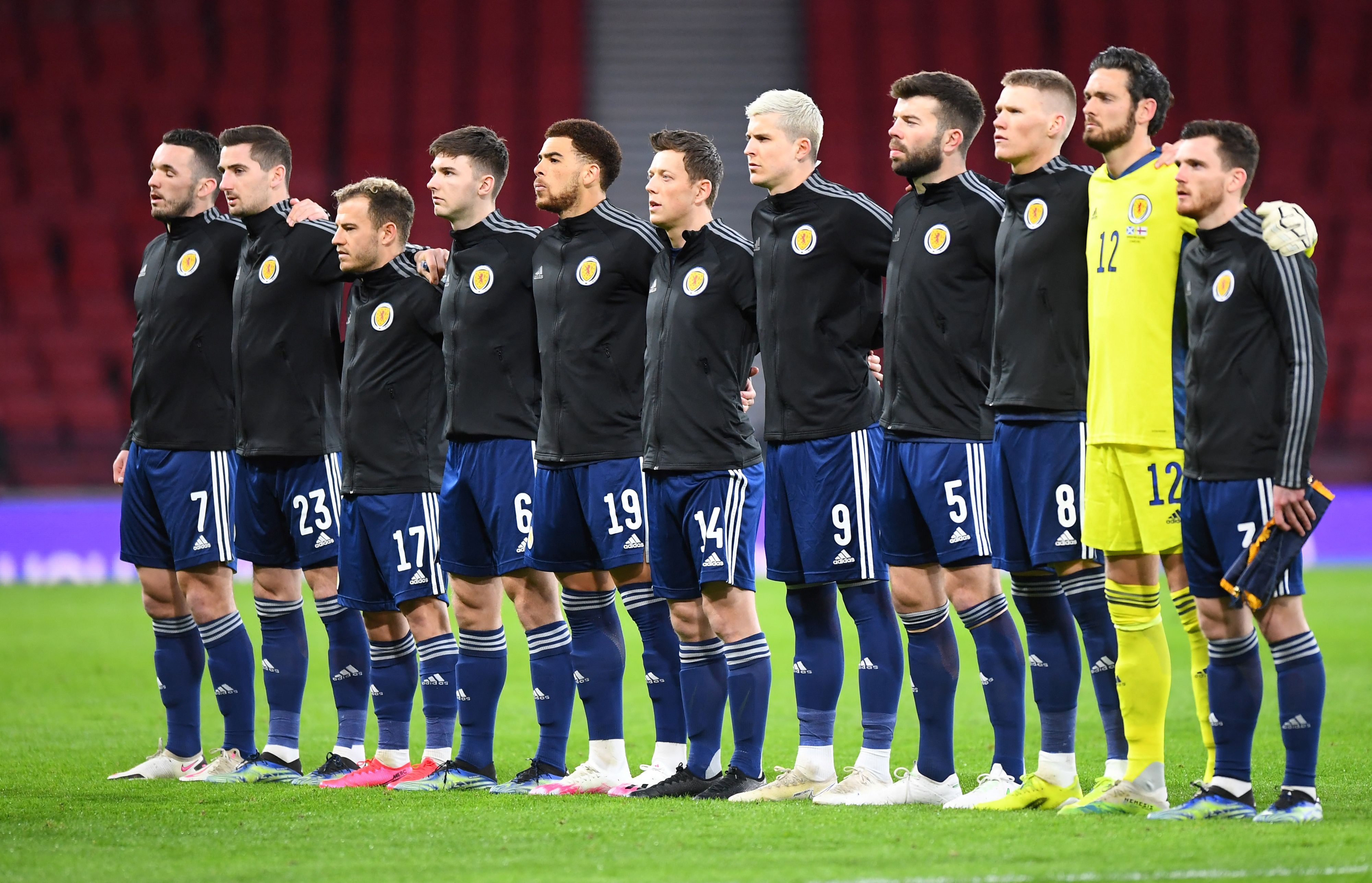 Steve Clarke's men took a similar approach prior to the March World Cup qualifiers against Austria and Israel.

Their first match is against Czech Republic – who will be without Ondrej Kudela after he was banned for the tournament after being found guilty of making a racist comment towards Rangers star Glen Kamara.

A statement read: "The Scotland Men’s National Team will continue to take a stand against racism prior to kick-off for all UEFA EURO 2020 matches.

"The squad, coaching staff and backroom members will stand up to racism ahead of the Group D matches against Czech Republic, England and Croatia."

Scotland skipper Andy Robertson said: “It is important we continue to tackle the issue of racism and raise awareness of the need to change people’s mindsets but also their behaviours.

“Prior to our World Cup qualifiers in March we spoke as a group and felt that taking a stand was the best way for us to show solidarity and also to reinforce the need for meaningful change in society.”

Scotland's stance will be in total contrast to England who have taken the decision to take a knee before their matches.

It means when the sides clash at Wembley, the Scottish players will stand while England stars kneel as they express their stance on the fight against racism in different ways.

The issue has become muddied by sections of England's support booing the players when they took the knee before their warm-up matches.

England manager Gareth Southgate has hit out at the boo boys.

Scotland’s Group D rivals are fearful of the welcome they will receive at Hampden for Monday’s vital Euro 2020 clash.

Czech No 2 Jiri Chytry has begged the Tartan Army not to target his side over Ondrej Kudela’s racist blast at Kamara.

The news came shortly after Romania's Nicolae Stanciu refused to take a knee against England – in PROTEST at Kudela's Euros ban.

The Slavia Prague midfielder revealed he stood up in solidarity with the Czech who was suspended for racist language.