Senior Olympians have expressed reservations about the risk and the timeline of the AstraZeneca vaccine as the Australian Olympic Committee (AOC) said it was confident the entire team would be immunised before travelling to Tokyo in July.

AOC chief executive Matt Carroll spoke in Sydney on Wednesday to mark 100 days from the rescheduled Games, which were postponed last year in the midst of the coronavirus pandemic. Carroll has been bullish about the prospect of the Olympic team being fully vaccinated but offered a slight retreat in the face of rollout delays by the federal government. 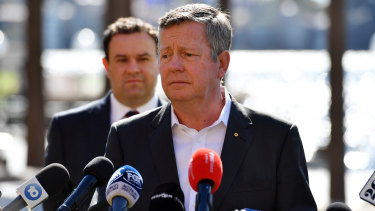 AOC chief executive Matt Carroll remains ‘pretty confident’ that the team will be vaccinated before Tokyo.Credit:SMH

It’s not compulsory for athletes to be vaccinated to compete at Tokyo, although all AOC staff travelling to the Games must have had their jabs. Under the former timeline, abandoned after concerns about side effects related to AstraZeneca, the AOC was confident its athletes and officials would be covered and there would be no need for preferential treatment.

That has been cast into doubt after it was recommended the Pfizer vaccine be preferred for those under 50. That takes into account almost the entire Olympic team, while the Pfizer vaccine is in far shorter supply than the locally produced AstraZeneca, which was to do the bulk of the vaccination in Australia.

“We’re working with the federal and state governments on that now and we’re pretty confident that will be the case. We’re talking about a cohort of athletes and officials of about 1400 people. It’s not a huge number, but it’s very important and it’s going to be very important to their performance,” Carroll said.

“A number of athletes have already been vaccinated because of their jobs and Indigenous athletes can be vaccinated. We’re very confident by the time we’re in Tokyo the team will be vaccinated.” 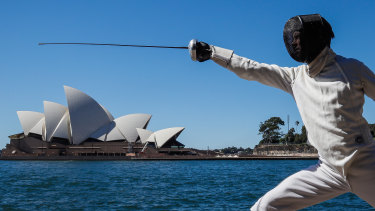 Some high profile athletes, like canoeist Jess Fox, have put their hand up to be given the AstraZeneca vaccine but senior members of the Australian swimming team, who are in competition at the Gold Coast, raised doubts not only about the potential side effects but the extremely tight timeline.

There has been recommended wait of 12 weeks between the two AstraZeneca doses, which would constitute 84 days out of the 100 left before competition starts. Swimmers spoken to by the Sydney Morning Herald said while they were open to receiving the AstraZeneca vaccine, there would be little to no chance that they would want a booster shot a week or days out from competition.

Athletes can arrive five days before their event, which leaves even less time for a fast-tracked vaccination of the 500 athletes due to compete in Tokyo. That would mean vaccinations would need to start next week and even then, the timing of the second dose would be cut extremely fine.

Olympic athletes are fastidious with their planning and anything that could take even a fraction of a per cent off their performance is treated with extreme caution. Swimming Australia head coach Rohan Taylor said they remained in talks with the AOC and it would remain a personal decision for athletes.

“We’re working through it with our chief medical officer. Obviously our goal is to get vaccinated before we travel. But we’re waiting … things are changing each day. Our medical staff are working with the AOC, there is a whole chain of things happening,” Taylor said.

The vaccination of athletes has become a political issue and any notion that they are “jumping the queue” could be a difficult sell, especially with the latest developments around AstraZeneca. But taxpayers spend hundreds of millions of dollars on Olympic athletes and Australia could end up being one of the outlying nations if the team wasn’t wholly vaccinated.

Already, the bulk of the American swimming team has been vaccinated, while the New Zealand government has already started vaccinating their Olympic team with the Pfizer jab, which was nominated as that nation’s preferred vaccine from the outset.

The New Zealand government has simply said it would allow athletes to advance up the line and they were put in the category of “national significance”.

“We’re really satisfied the government was able to put us in that category of national significance, so that’s now underway and athletes have been worked through according to when they might be departing,” New Zealand Olympic Committee chief executive Kereyn Smith said on Wednesday.

“Some are still qualifying and some still have events and activities to prepare, so over the next few months we will see that gradually rolling out.”

There has been no such direction from the Australian government, which has left the AOC and its athletes in a state of flux just three months out from the biggest sporting event in the world.

Paire provides coronavirus scare for US Open after testing positive