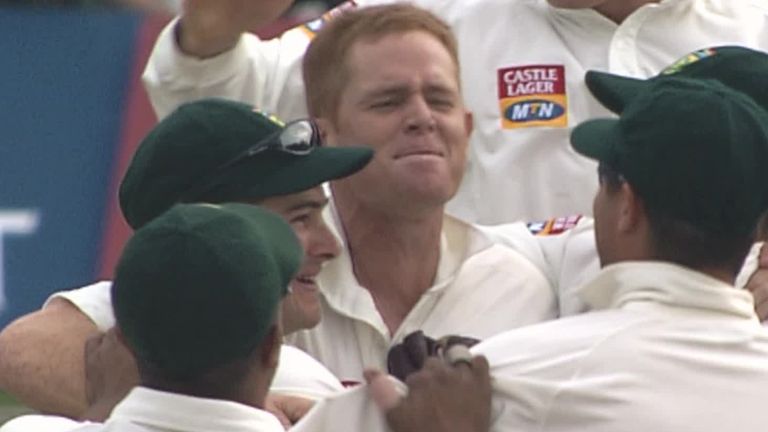 As England prepare for their white-ball series in South Africa, the special guest on The Hussain and Key Cricket Show this week is Proteas legend Shaun Pollock!

During a stellar 13-year international career, Pollock established himself as one of South Africa’s greatest bowlers, taking 421 Test wickets, another 393 in ODI cricket, and with two Test centuries and 16 fifties to his name, he was a more than useful lower-order batsman too.

Pollock will join Nasser and Rob, as well as Sky Sports pundit and former England captain Mike Atherton, to look ahead to what should be six fascinating games, three T20Is and three ODIs, in Cape Town and Paarl.

The panel will also try to make sense of the ongoing internal issues at Cricket South Africa that threatened to scupper the tour as recently as last week with the prospect of the Proteas being banned from international cricket still unable to be ruled out.

Watch The Hussain and Key Cricket Show, with guests Shaun Pollock and Mike Atherton, on Sky Sports Cricket from 6pm on Thursday.