Competitive climbing joins the Olympic Games in Tokyo this week, following skateboarding, mountain biking and surfing in making its first appearance at this elite level in Japan.

British hopes rest on the shoulders of Shauna Coxsey MBE, a 28-year-old from Runcorn in Cheshire, who has already said she will be retiring after these Games, having had to cope with back pain since having an epidural for knee surgery in 2019, which means these Olympics represent her first and last shot at winning a medal.

Incredibly, Coxsey has been climbing since the tender age of four when she was inspired by seeing French rock climber Catherine Destivelle ascending the slopes in Mali on TV in 1997.

A specialist in bouldering – a disciple that involves overcoming obstacles or “problems” in the rock face rather than simply racing to the summit – Coxsey won a string of golds at the Climbing Works International Festival and at the British Championships between 2012 and 2016, also picking up two World Cup silvers and a bronze during that period.

Two more golds followed at the 2016 and 2017 World Cups as well as an additional bronze in the combined discipline and two further bronzes at the 2019 World Championships in Hachioji, Japan, before the coronavirus pandemic brought the globe to a standstill. 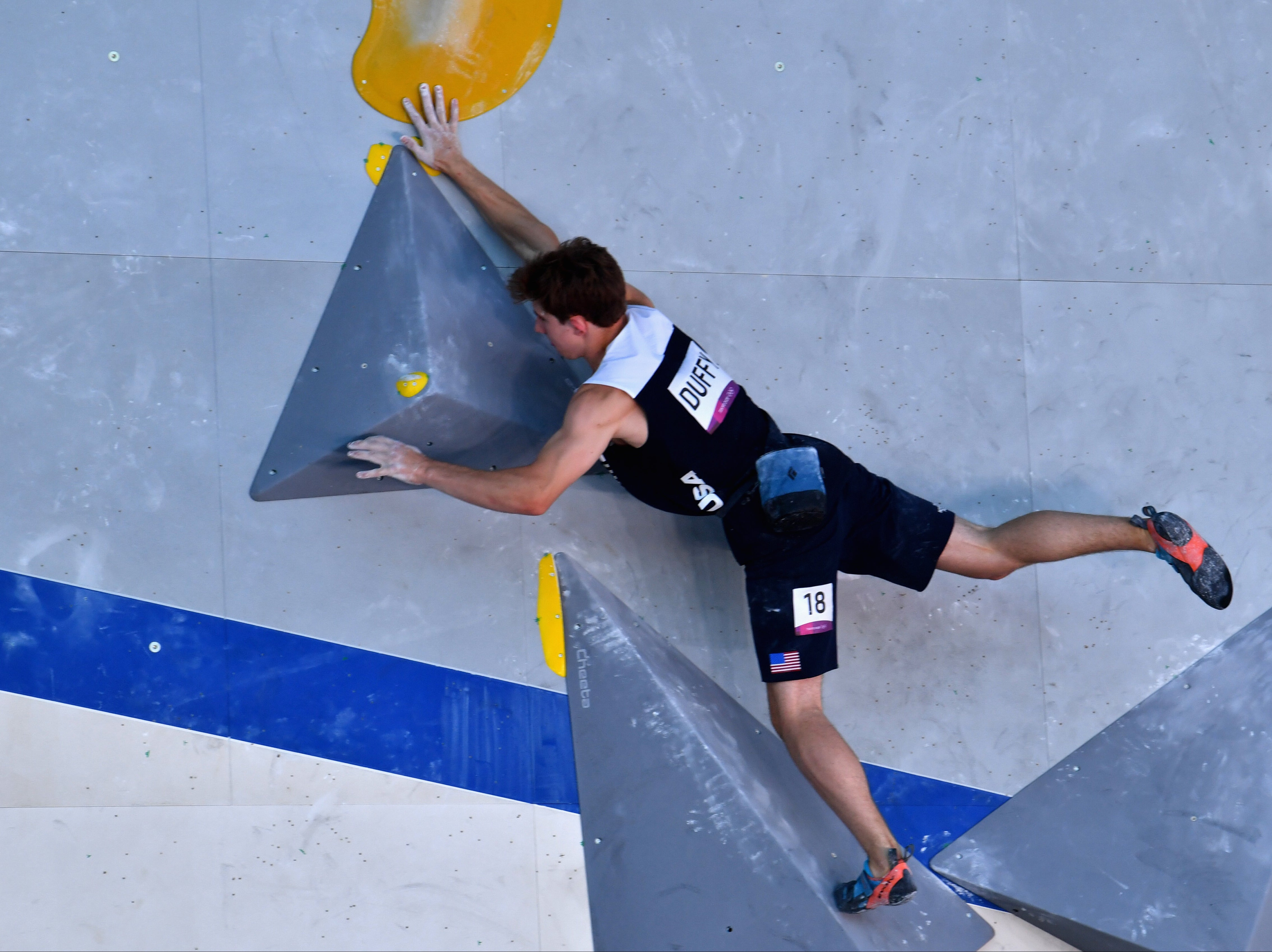 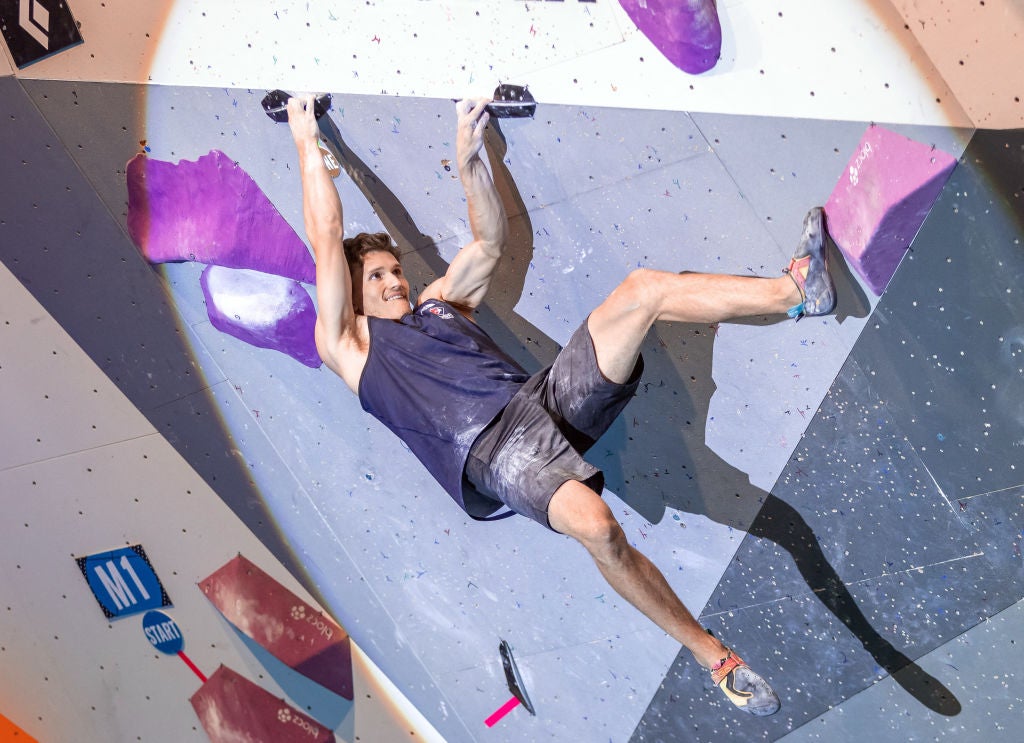 Speaking to The Independent last summer about the challenges of maintaining her training regime in lockdown when the Olympics were delayed for a year, Coxsey said: “Luckily, I have a great space to train at home. I have a skiErg [a rope machine] in the garden shed, I have been getting out on my bike too, and our basement is dedicated to training.”

The cellar of her house in Sheffield, Yorkshire, is kitted out with its own climbing wall and has served as part gym, part yoga studio, with Coxsey taking to Instagram and YouTube to showcase her routines, often posing hanging from a fingerboard while burdened with a heavy weight, sometimes her terrier Arthur. 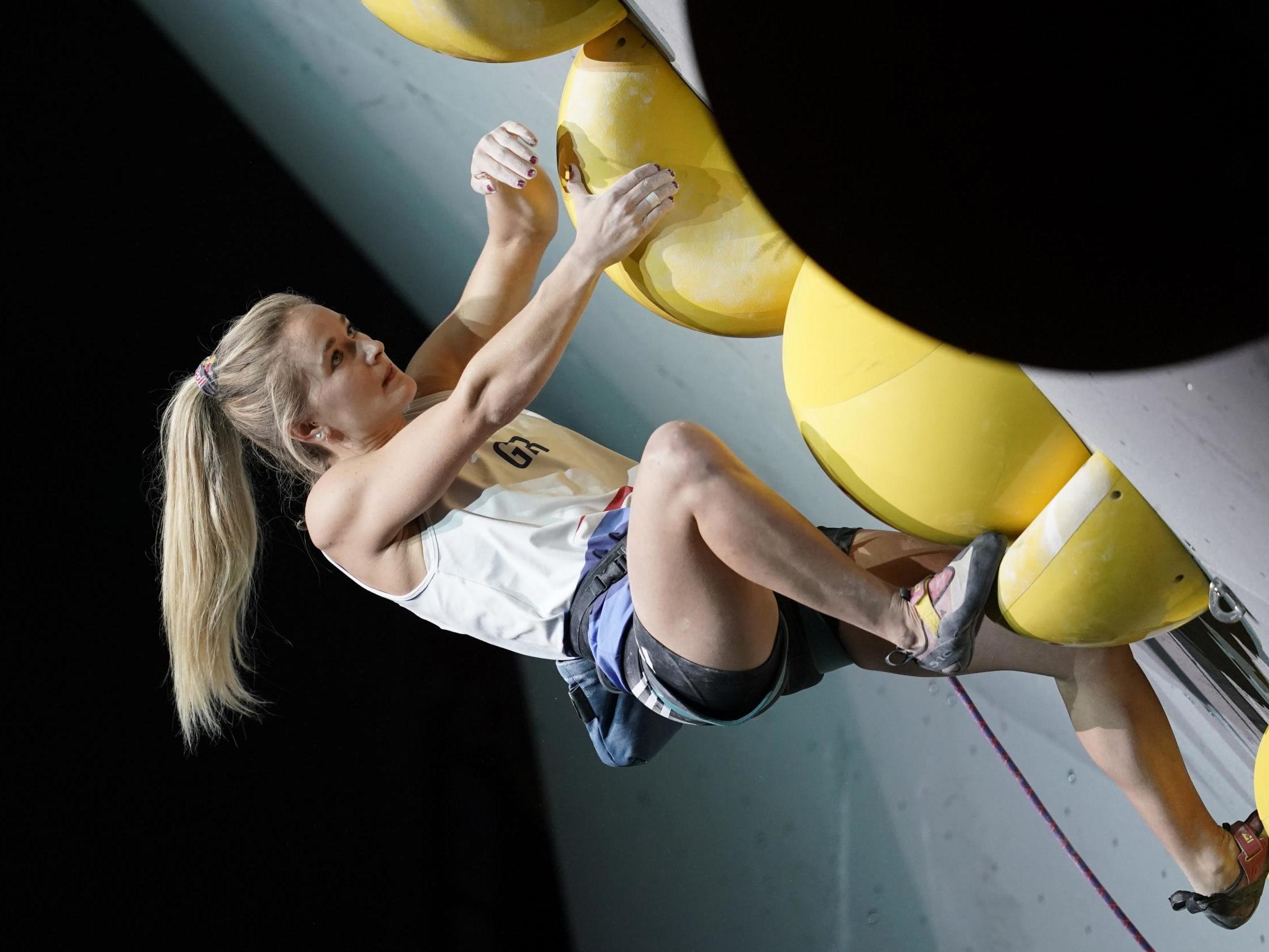 “Of course it’s not ideal to only train at home, and to train for the three Olympic climbing disciplines, but I do feel incredibly fortunate,” she said.

“For climbers it’s really important to keep training our fingers to keep them strong and healthy, so I have spent a lot of time hanging off my Beastmaker fingerboard.

“When I’m training for a big event I have my head down and I’m so focussed on that process – I love being in that space – so when the delay became reality it was definitely a shock, and something that took me a while to accept, and adjust to. But right now it’s impossible to make a strict plan with so much uncertainty, so my team and I are working on setting specific goals during this to help keep my motivation.”