Ben Simmons' hopes of leading Philadelphia to the NBA Finals have received a jolt with the league's hottest team Toronto scoring a dominating win.

The Raptors ran away from the 76ers in the final quarter to claim a 113-102 victory on Wednesday in Toronto. 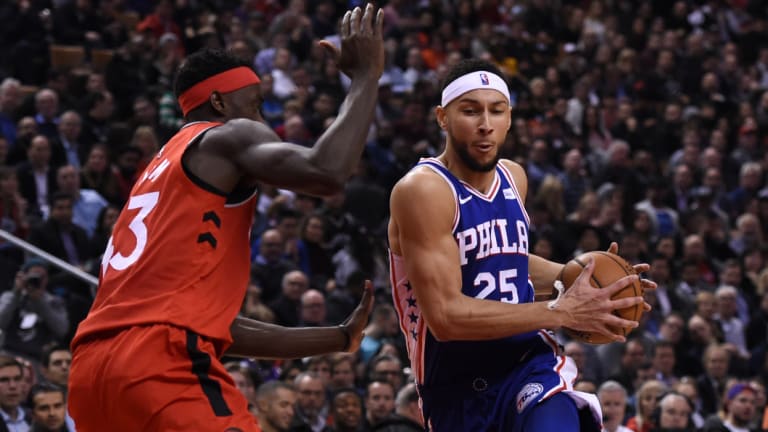 It extends the Raptors' winning streak in Toronto over Philadelphia to 13.

Simmons fell just short of a triple-double with eight points, 10 rebounds and 11 assists, but he contributed seven turnovers.

"Obviously, they are going to be a playoff team and we are going to see them down the road," said the Raptors' Kawhi Leonard, who had 36 points and nine rebounds.

LeBron James' off-season defection from the Cleveland Cavaliers to the Los Angeles Lakers in the Western Conference has opened a path for teams in the east.

The Raptors, with the addition of Leonard from the San Antonio Spurs, have the best record in the NBA with wins in 21 of their 26 games this season.

The 76ers are third in the Eastern Conference, falling to a 17-win, nine-loss record.

The Raptors only led 78-77 going into the final quarter, but the 76ers were no match despite their All-Star recruit Jimmy Butler scoring a season-high 38 points and 10 rebounds.

The Raptors and Leonard have had the edge on the 76ers.

Leonard has never lost in 12 career meetings with Philadelphia, including two victories this season.

Leonard shot 13 for 24 from the field and finished one point shy of his season high.