A Peruvian skateboarder was left blushing and in pain after smashing his groin into a rail during the men's street event at Tokyo 2020.

The Olympics is welcoming skateboarding to the Games for the very first time as one of five new events. 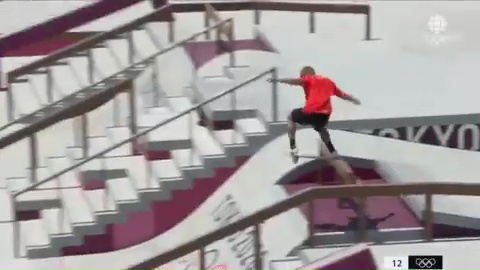 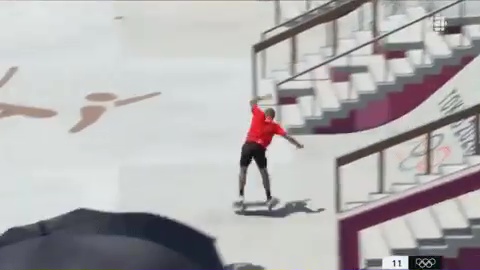 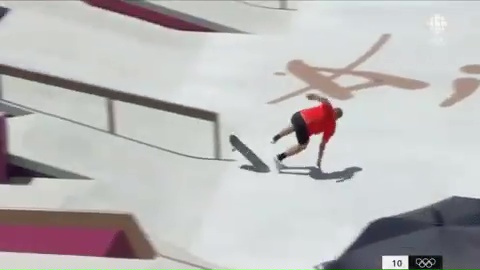 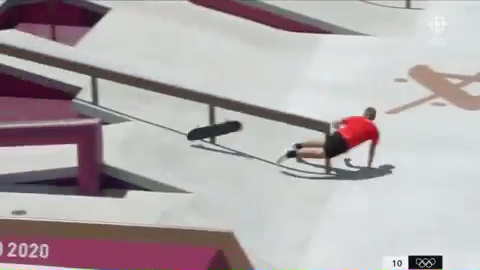 And Peruvian Angelo Caro Narvaez was coming into Tokyo as a potential medal prospect.

But in the preliminary round the 21-year-old suffered a nightmare start as he lost control after grinding a rail.

A bad landing saw him fall off his skateboard and hit the floor, sliding into a rail which caught the South American in between the legs.

The crash looked to have been an incredibly painful one, but Narvaez was quickly back to his feet.

He slapped his legs in anger and was given a low score of 1.01 by the judges for his first run.

But he had the chance to make up for it with his second run and took full advantage as he scored 6.96, before impressing with his five individual tricks.

And his recovery performances were enough to see him qualify for the final in seventh place.

Narvaez had seemingly forgotten all about his fall early in the competition and looked to be on for a medal at the beginning of the final.

But he ended up narrowly missing out on a podium place, eventually finishing in fifth with a score of 32.87.

How many firing squads can Carey Price turn back?