On his return to Belgium the former Anderlecht striker struck an outstanding stoppage time goal as Steven Gerrard won away from home in a Europa League group match for the very first time. 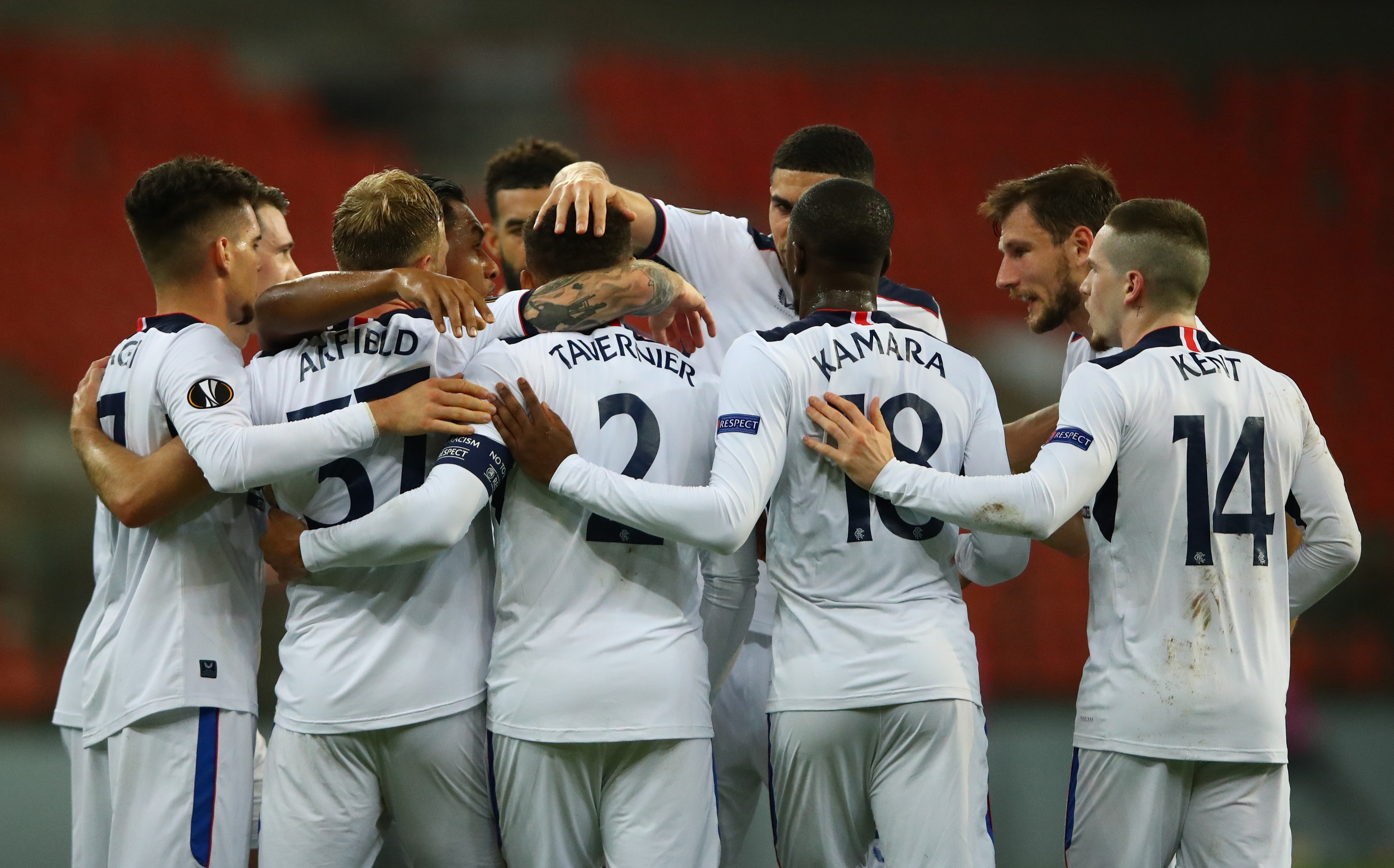 Gers super sub Roofe was inside his own half when he let fly, his outrageous effort sailing over the head of stranded liege keeper Arnaud Bodart and into the back of the net.

The Stade Maurice Dufrasne has become something of a fortress in recent times.

Liege were 15 games unbeaten heading into last night, having lost just once in a remarkable run stretching back five years.

Sevilla and Eintracht Frankfurt are among those to have perished, while Arsenal and Ajax could only manage draws. 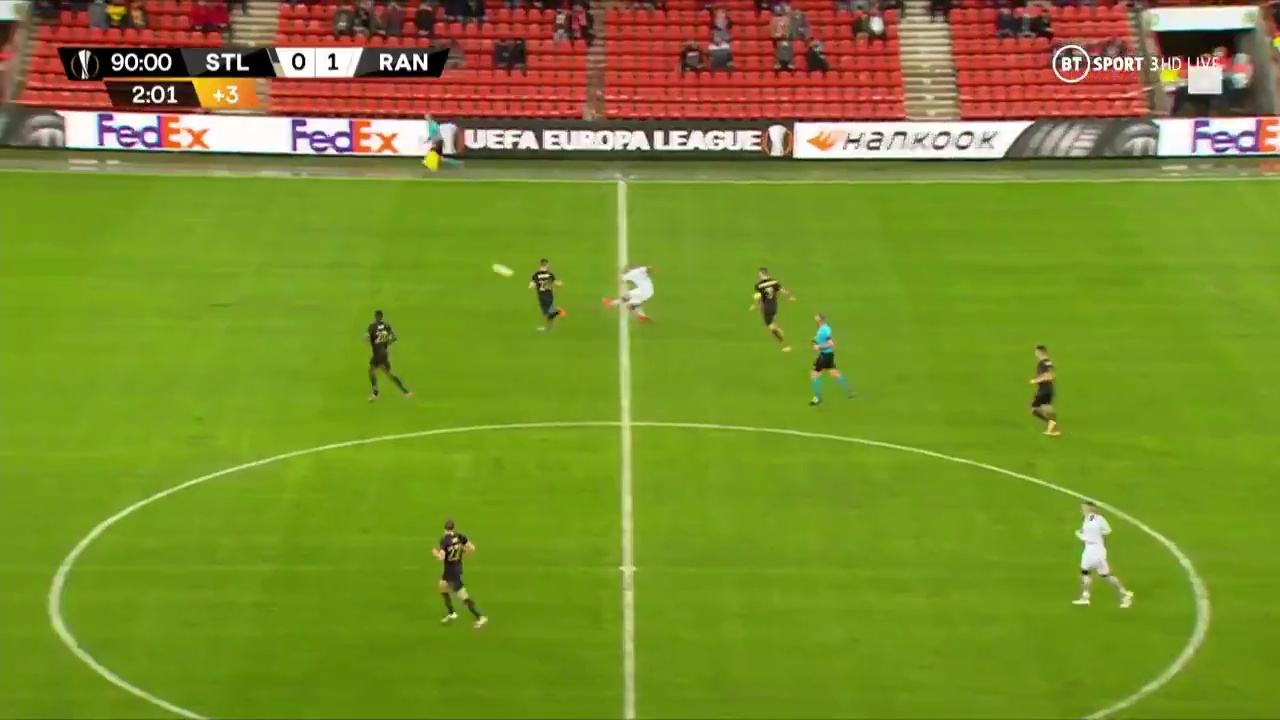 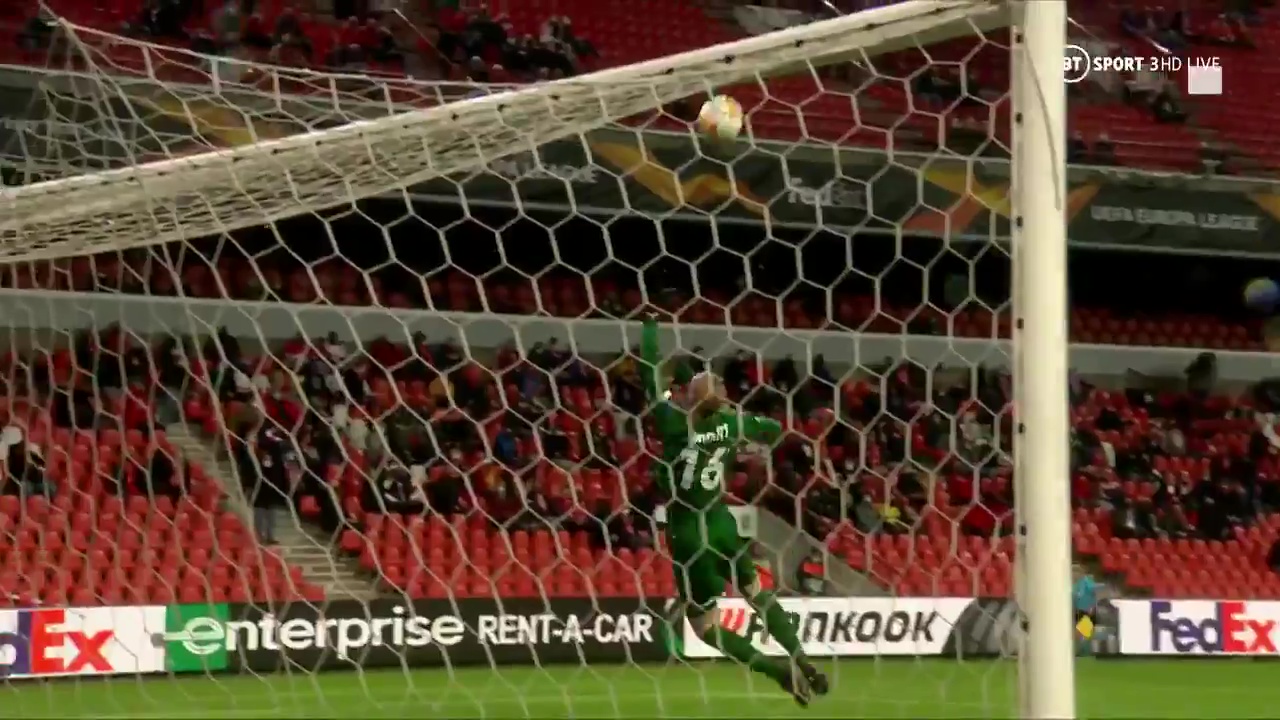 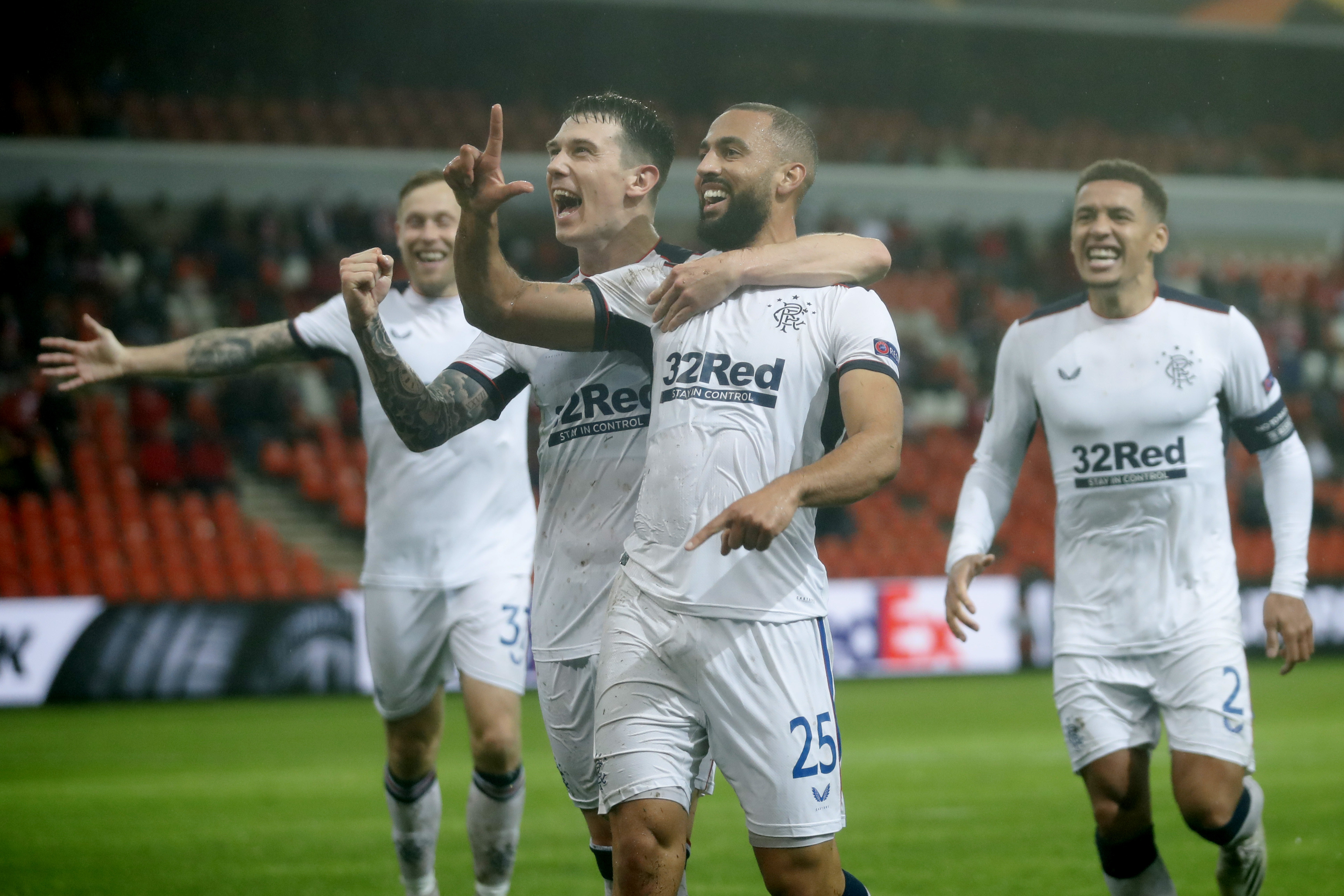 But thanks to James Tavernier’s first half penalty and Roofe’s remarkable strike, Gers came and conquered.

In atrocious second half conditions when the heavens opened, flooding the surface, Rangers were as calm as they were measured.

They played with tremendous maturity – even keeping their heads at full-time as some sore losers in the Liege side had a go at Roofe for celebrating with an Anderlecht gesture in front of the fans.

Make no mistake, this is a massive win for Rangers who are now up and running in Group D.

A strange sight greeted the Rangers players as they emerged from the tunnel.

Just under 4,000 Liege fans were allowed to socially distance inside the 30,000 capacity stadium.

In these uncertain times, it made for some kind of atmosphere at least. 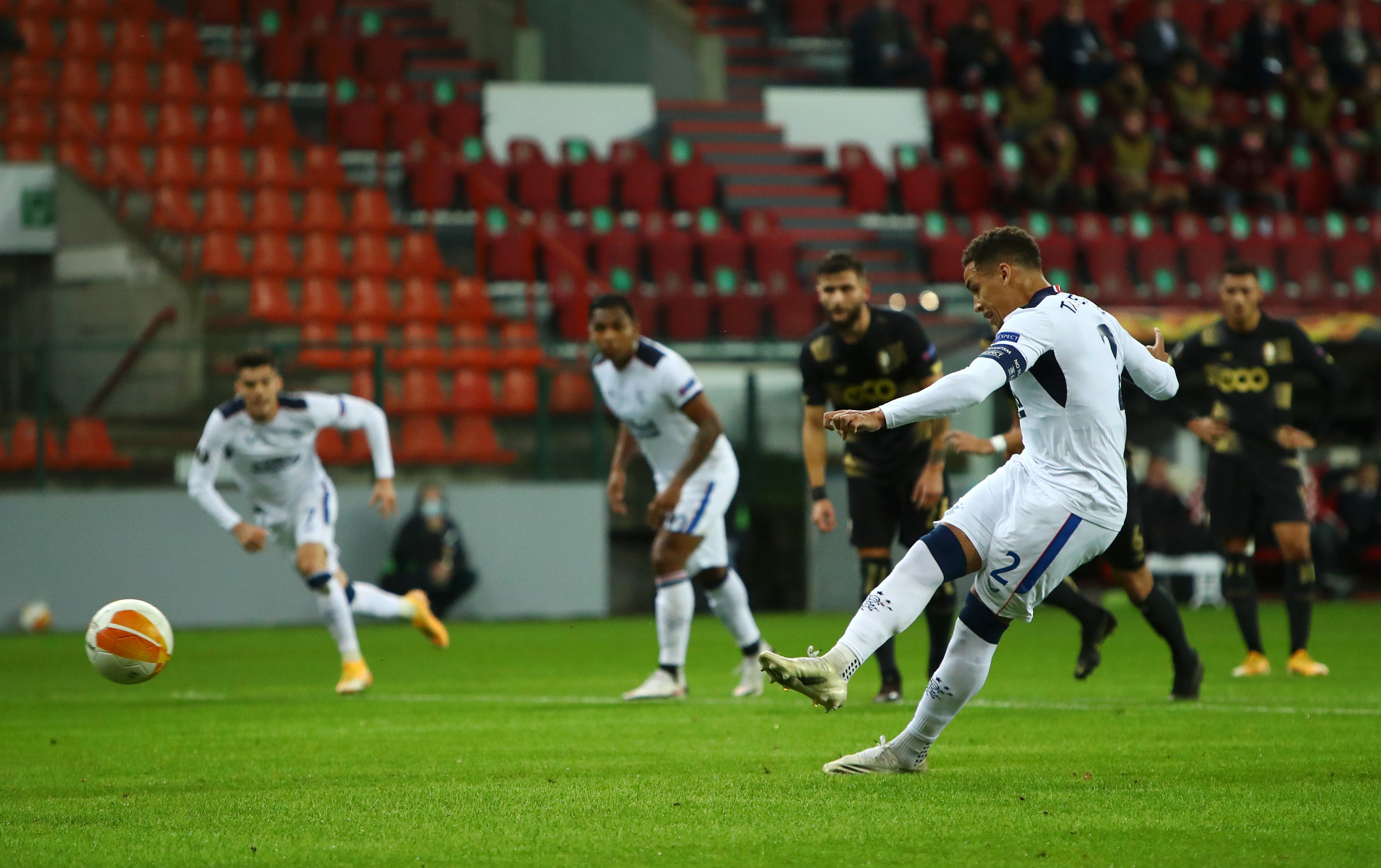 Over the course of the last two years, Rangers have displayed composure and consistency on the continent.

The experience gained undoubtedly helped them back to the group stages for a third successive year.

Gerrard made three changes to the side which swept past Celtic at the weekend.

The diagonal ball was causing some early concern with the home side being given far too much room wide right.

All slotted in well to ensure that at the break, Rangers held the lead.

Tavernier was the hero from the spot, blasting home his ninth goal of an incredible campaign.

Liege had started the match on the front foot, switching the play from left to right as often as they could.

Slowly Gers began to settle and on ten minutes Borna Barisic swung over a cross to the back post.

Tav took a swing at it, nudging it towards the feet of Kent. Cimirot was there for Liege to nick it off his toes.

Tav’s corner was headed down by Connor Goldson who had towered above Zinho Vanheusden.

Nicolas Gavory clearly handled the ball with Tav stepping up to make no mistake from the spot.

Rangers almost made it two when birthday boy Ianis Hagi collected the ball some 40 yards from goal. 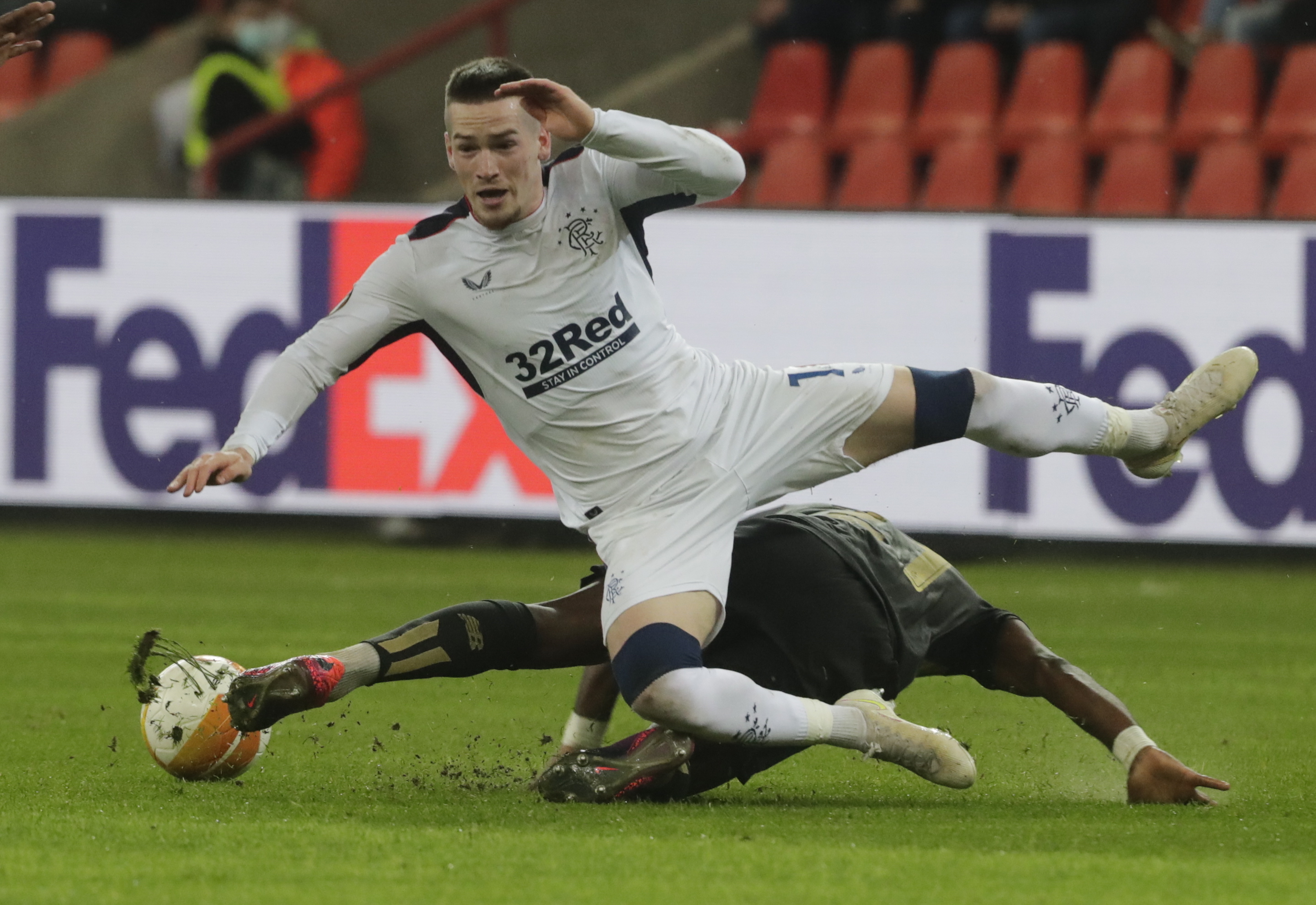 Taking a touch, he looked up before letting rip from 35 yards. The ball dipped and swerved, flashing inches past the post.

Liege were rattled, but they almost drew level on 28 minutes.

Collins Fai, again with too much time and space on the right, swung in a fantastic cross which Jackson Muleka got his head to.

With Allan McGregor beaten, Gers breathed a huge sigh of relief when the crossbar came to the rescue. 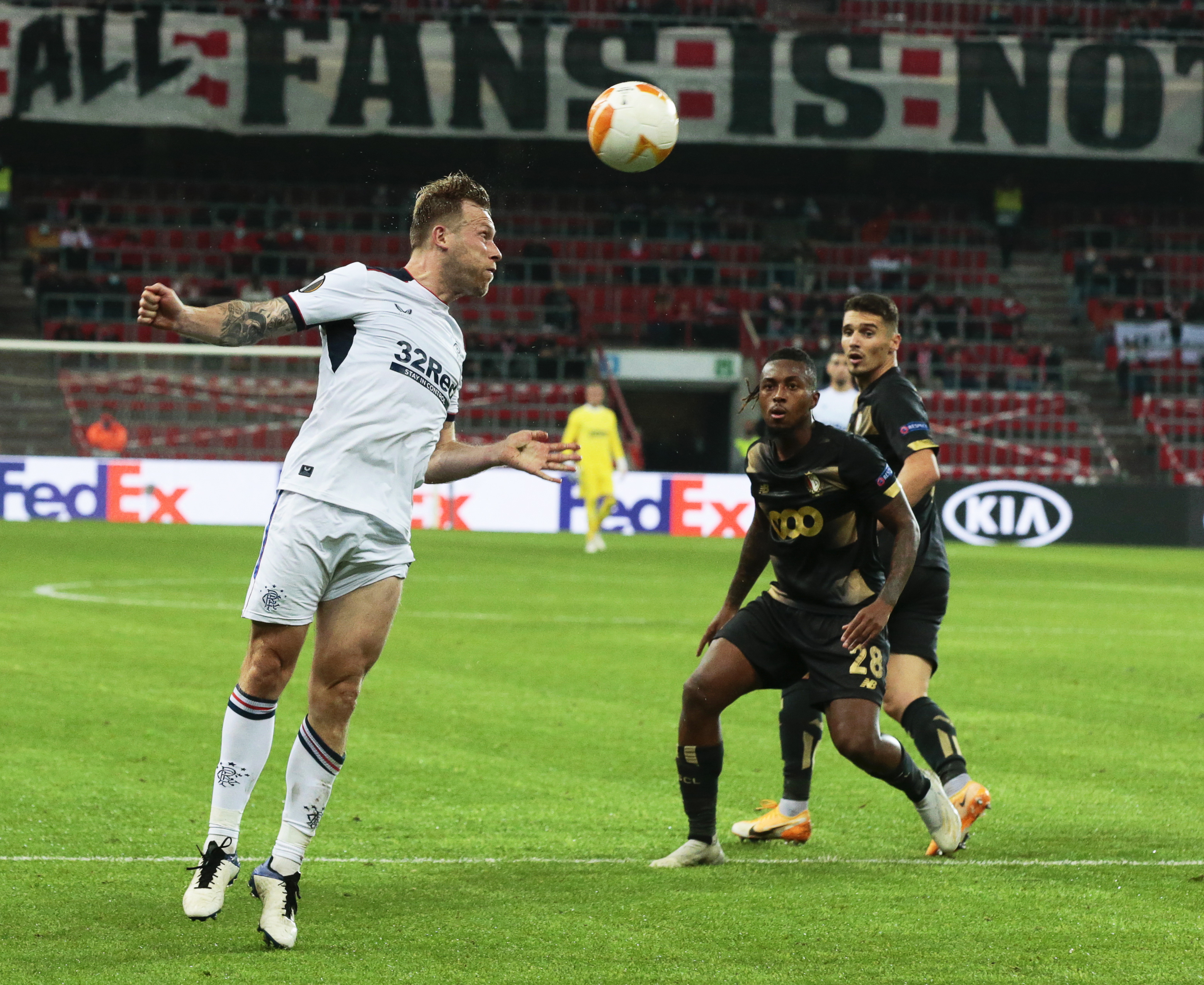 The same player hit the bar again in first half stoppage time – this time, however he used an arm to deceive the match officials.

McGregor, quite rightly seething, somehow picked up a booking for his troubles.

Hagi was also booked for a bad challenge as Rangers ended the first half on top.

Two minutes into the second half, Alfredo Morelos was presented with an early chance, but a shocking first touch let Liege off the hook.

The Colombian hadn’t been at the races in the opening 45 minutes and this was a real chance gone.

Morelos simply had to do better.

On the hour mark, he almost made amends after some brilliant build-up play.

Hagi and Scott Arfield were both involved with Liege keeper Arnaud Bodart saving Morelos’ shot with his feet.

This time you couldn’t fault the Colombian.

The game was becoming really stretched with gaps appearing at both ends. 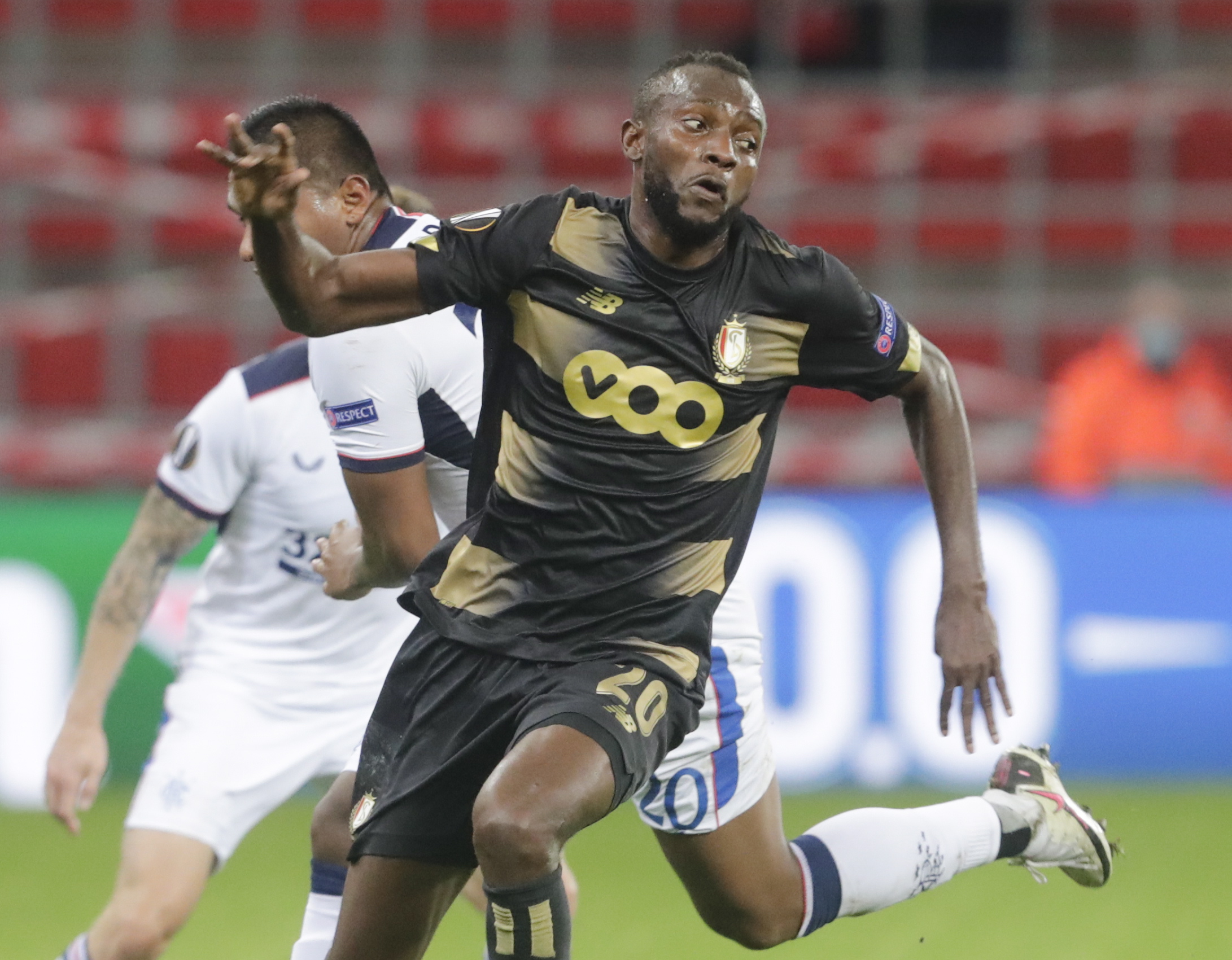 Factor in the rain that was now pouring down and Rangers needed to retain their concentration.

The ball certainly wasn’t running true with players struggling to keep their feet in the conditions.

A marauding run from Calvin Bassey – who’d replaced the injured Barisic just two minutes from the break – almost teed up Arfield, but he couldn’t find the bottom corner.

Morelos then squandered another half chance before Gerrard’s patience finally snapped and replaced him with Roofe.

The puddles that had formed on the pitch were causing chaos. The ball was sticking everywhere.

All of a sudden it had become something of a lottery.

And in injury time that’s exactly what Roofe must have thought he’d won. Rangers had hoped he’d carry the ball into the corner after the defence cleared its lines.

He did way more than that. Holding off three challenges he let rip from the halfway line with a truly remarkable effort that took everyone by surprise.

It sealed another glory night for Gerrard in Europe.

Standard continued to push for an equaliser but as the conditions worsened, their hopes of doing so grew smaller.

Both teams clearly had issues trying to play the ball forward and the play became quite scrappy at times.

Rangers were ultimately able to add to their lead though with an absolute wonder goal from Roofe.

In the dying seconds of the game, the striker fired a long-range shot from the halfway line that beat the keeper on its way into the net.

And that sent Gers on their way home with all three points.