SIMON Wilson believes the rebuilding job at Stockport is similar to the one that made Manchester City multiple Premier League champions.

He should know, he was there – and there can be no excuses. 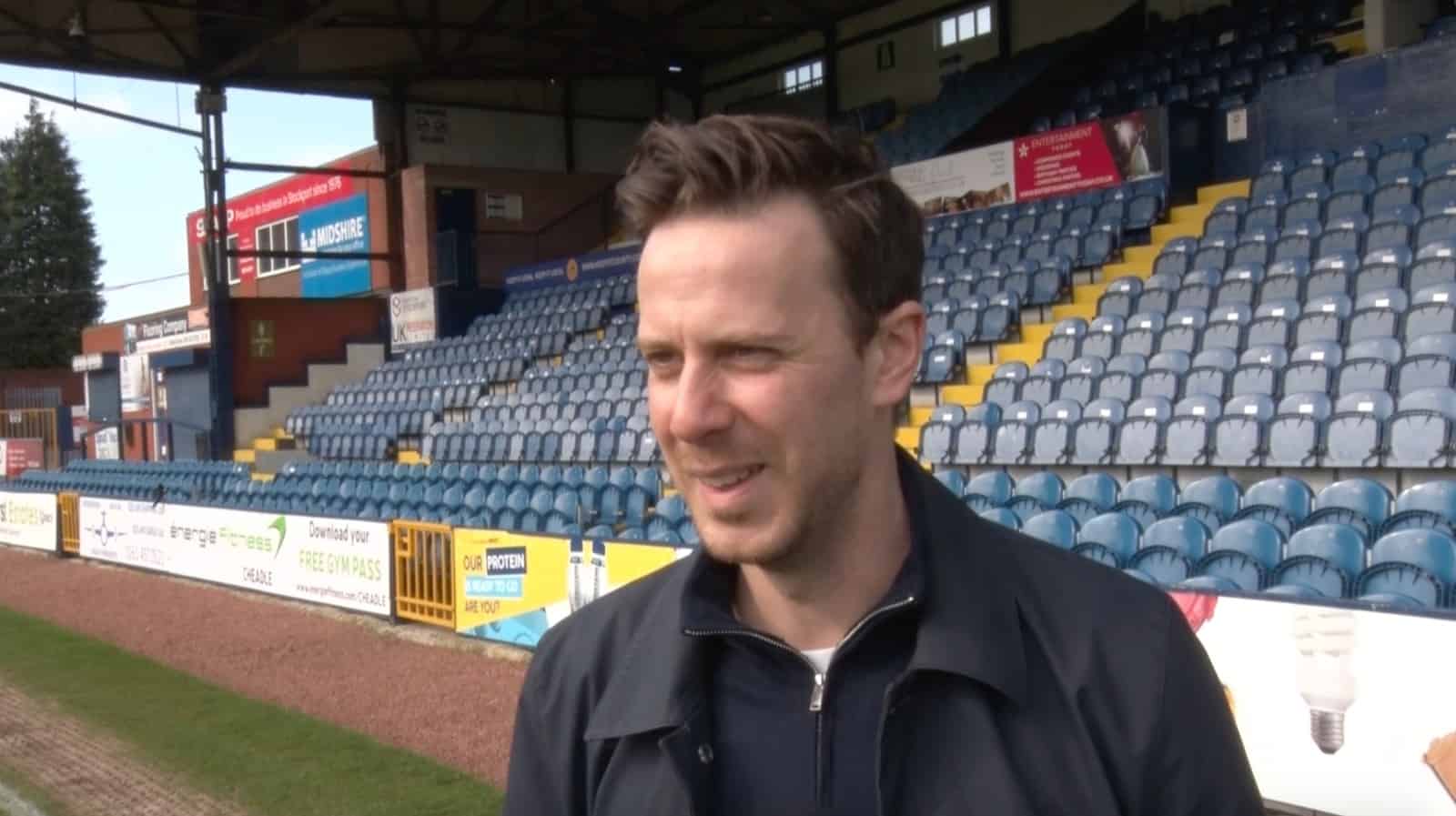 County stand two wins from a return to the Football League after 10-year absence, which saw the one-time second tier side play in the sixth.

If form was a gauge, Simon Rusk’s men should have no problem as they are on an 18-game unbeaten run.

But just like eight miles down the road at the home of the champions, there is much more that goes into it than meets the eye.

County will probably never spend millions of pounds on players, attract a manager like Pep Guardiola nor develop Phil Foden, who grew up in the shadow of Edgeley Park.

However, director of football Wilson is helping put in place a similar ethic that City’s success is built on after being there at the Abu Dhabi takeover in 2008. 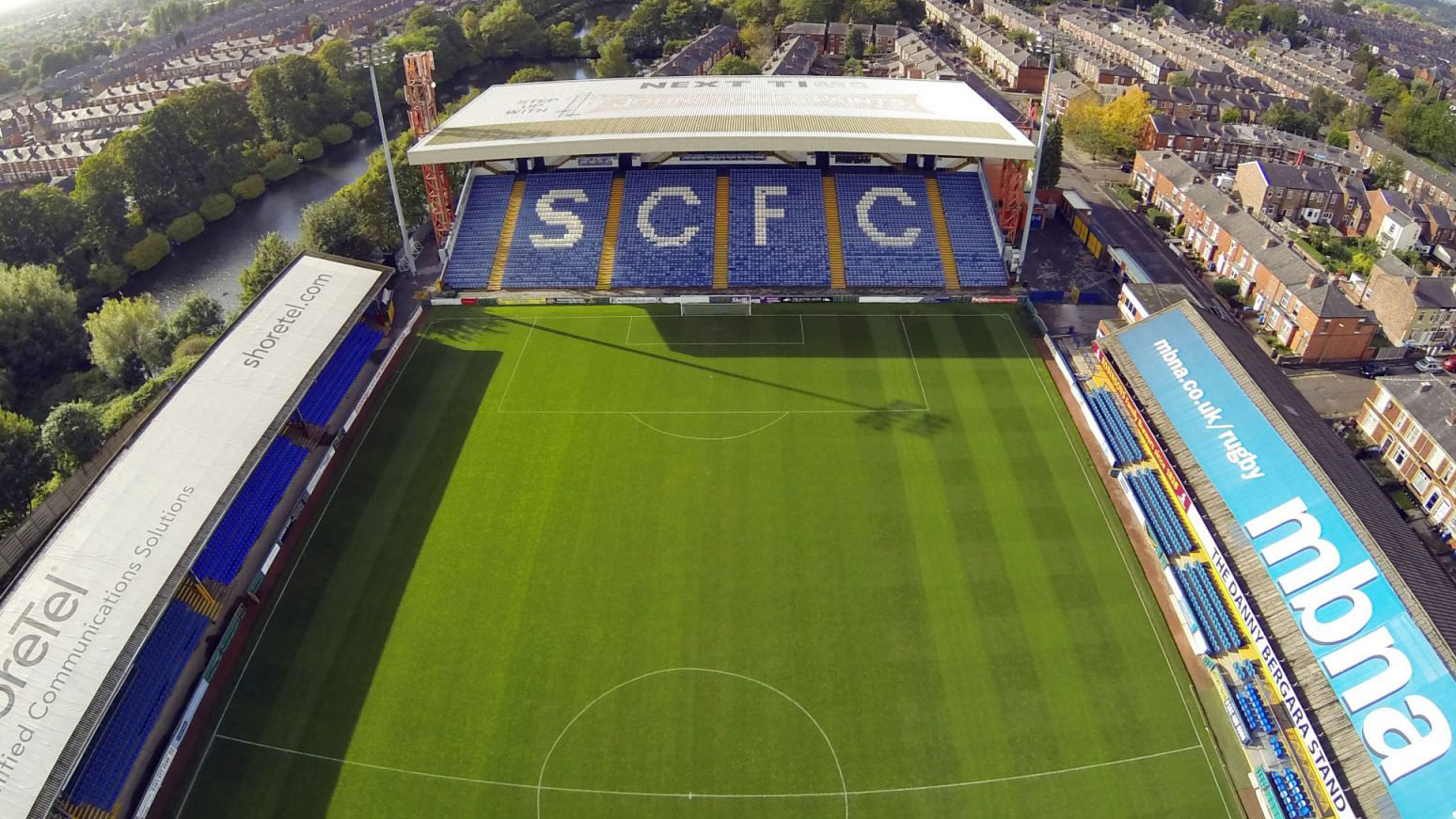 He said: “It took 18 months for it to kick in at City but everything had to be put in place so number one it was inevitable it would happen and number two it was sustainable.

“That meant taking the excuses away. First and foremost, it had to be the right environment – making sure everyone could do the work that was required, meaning massive upgrades to the gym, training facilities and pitches.

“There was a lot of change but at the same time a lot of that City team that laid the foundations – the Vincent Kompanys and Pablo Zabaletas – were signed pre-Abu Dhabi coming in.

“I see something similar here. From the team promoted from National League North, there are some fantastic characters and professionals that are key players now and I expect them to be here for the future.

“I believe in environments massively. You behave differently when you walk through the door of a top of the range hotel than you would in a budget one. 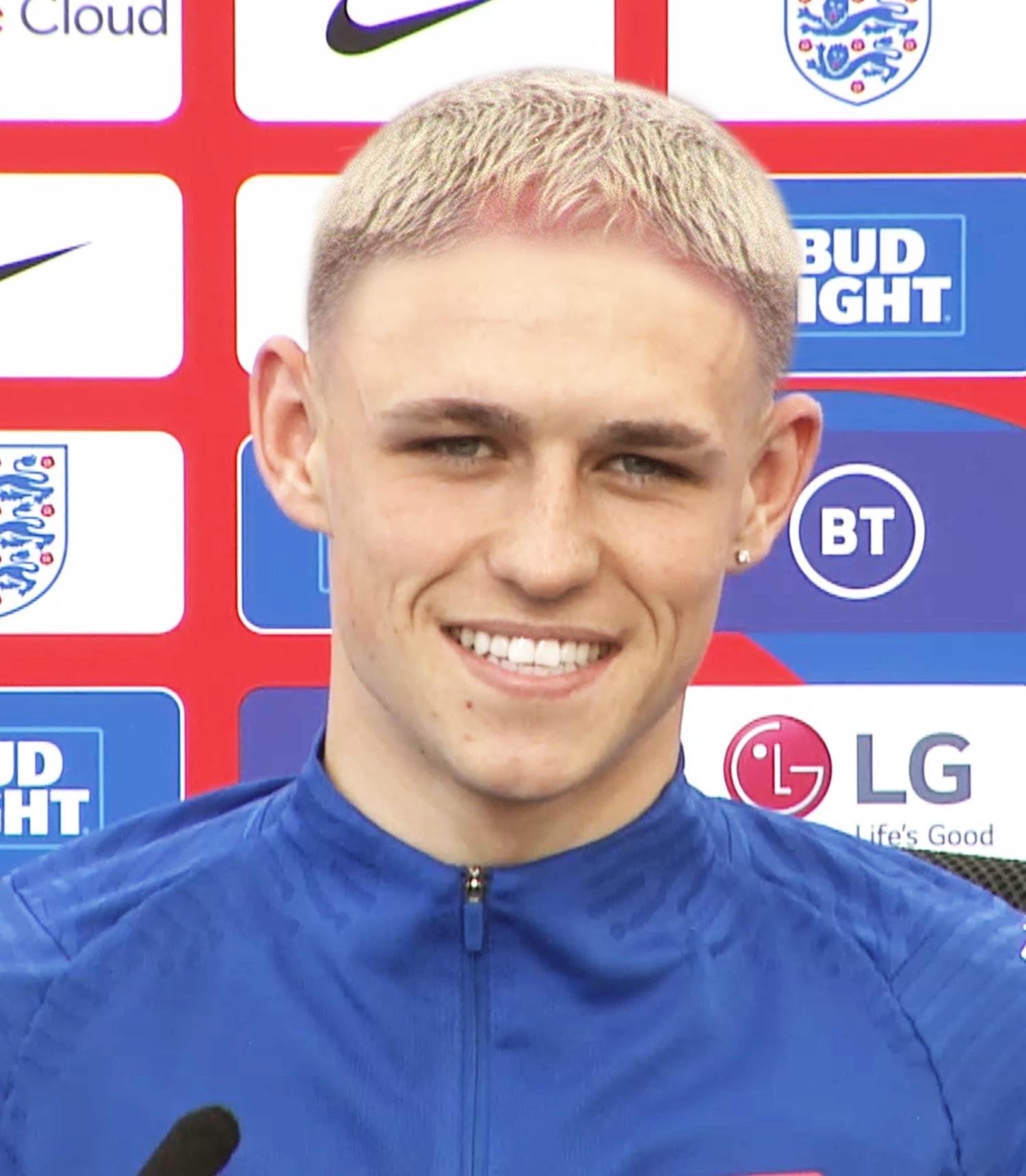 “Where you work can affect how you work. The investment we’ve made into infrastructure is fundamental and I saw the benefit of that at City. We don’t want to make it a palace but you have to make it a good environment.

“And if you have the right people with the right mindset doing the right things, it becomes inevitable you become successful.

“When we came in, it was a case of giving the club what it hadn’t got as it’s got so many things. A lot of it is investment to bring things up to the current standard.

According to Wilson, Stockport could be ‘self-sustainable’ at the higher end of League One after being ‘100 per cent’ surprised at how big the club is after joining in February. 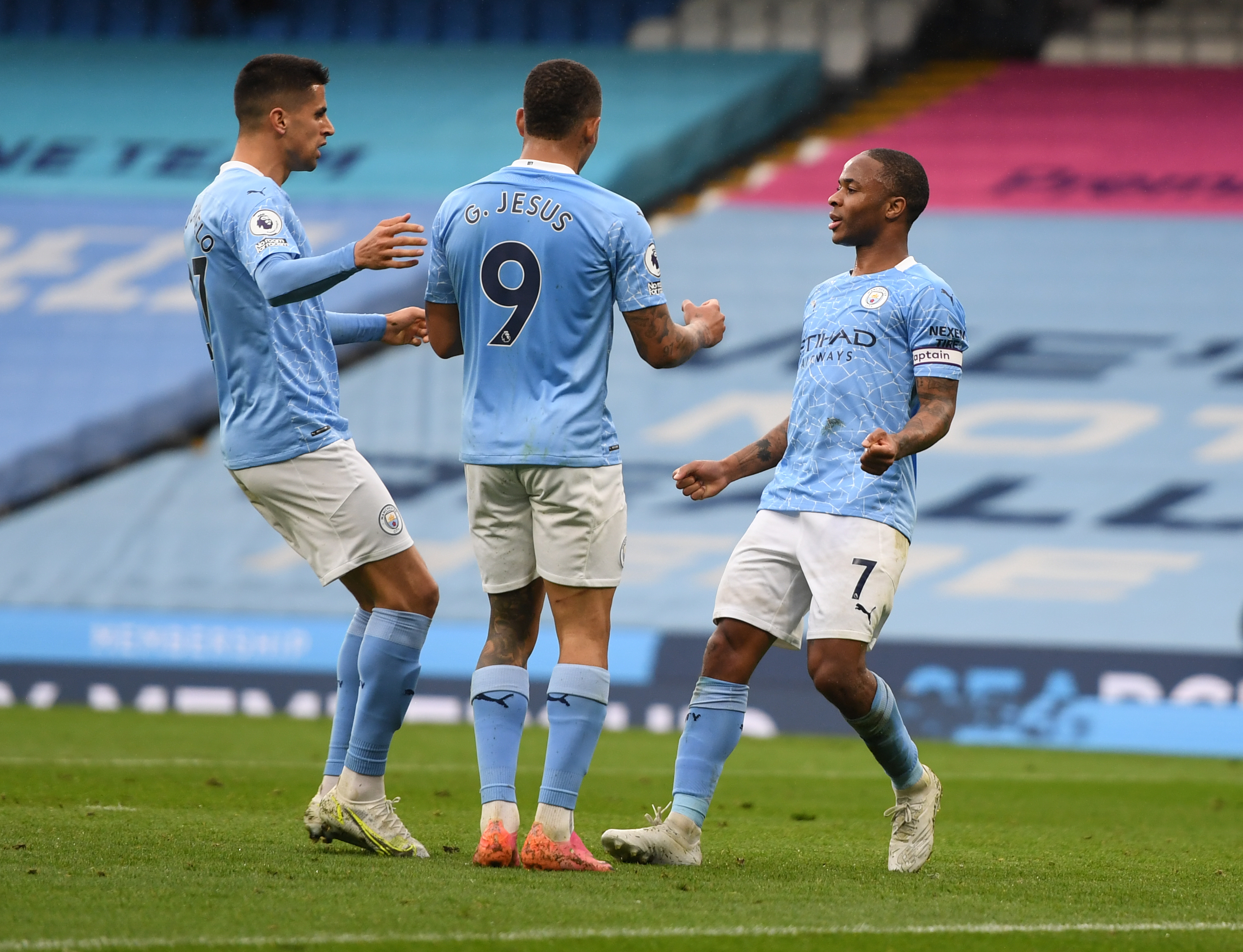 After initially working with owner Mark Stott on his plan to buy the Hatters, he hopes to make dreams become reality, when he speaks to players and agents the consensus is it is a ‘proper club.’

Part of that involved getting rid of club legend Jim Gannon as manager shortly after pushing West Ham in the FA Cup, but he explained the method to what seemed to many as madness.

“It wasn’t just about results,” Wilson added. “Of course, we want a winning team but there are other aspects.

“As we grow, it’s important to make sure we lay those foundations and in any kind of change situation, you have to make sure there are no blockages.

“You have to make sure everyone’s pointing in the same direction. Simon, in his first managerial job, has walked in and found a way with a group of players that isn’t necessarily ones he knew or recruited. 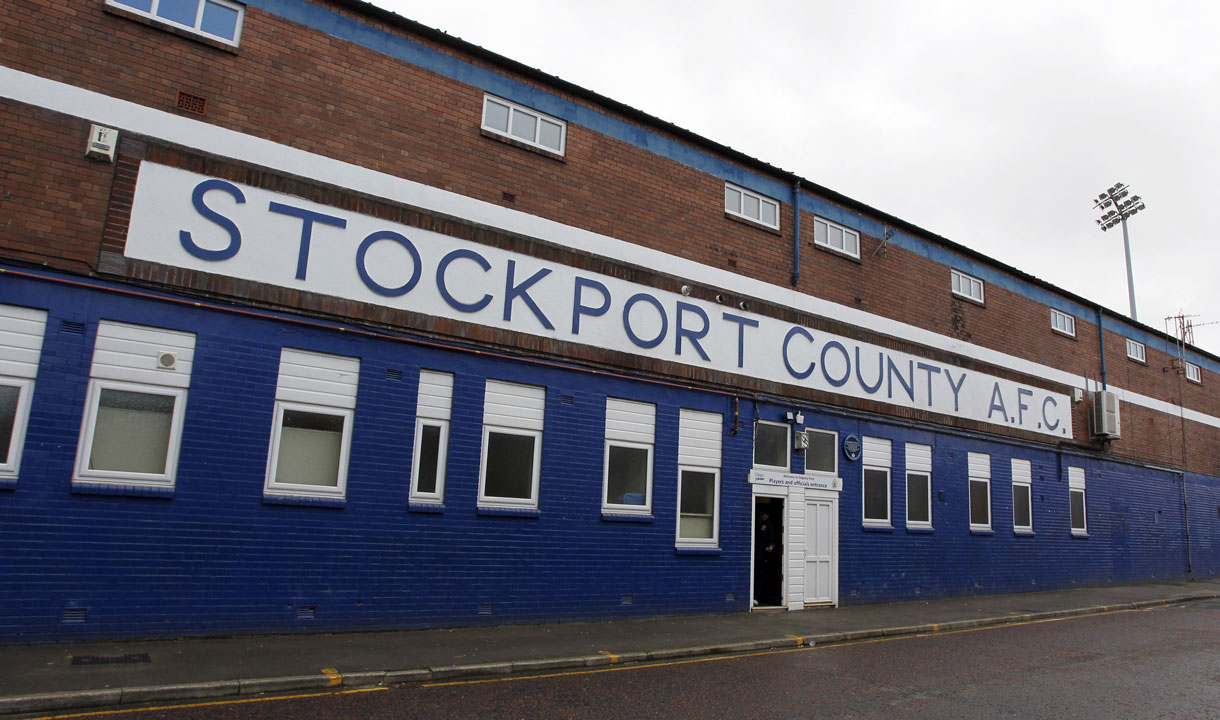 “Ideally you do things in between seasons and hats off to Simon. He walked into the club in a very difficult situation but handled it so well.”

Stockport had the luxury of a week off as Hartlepool overcame Bromley to reach today’s National League Play-Off semi-final.

And while he will jot be on the touchline, Wilson will be as nervy as any Stockport fan.

He said: “I shouldn’t be. It’s my job to not be that but at my heart I’m a football fan and when you’re emotionally invested in a project and a club, you wouldn’t be human if you weren’t.”