TYSON FURY backed brother Tommy to do a 'stretcher job' on Jake Paul and leave him 'on oxygen'.

WBC champion Fury is coaching and set to corner Tommy for the December 18 clash in Florida. 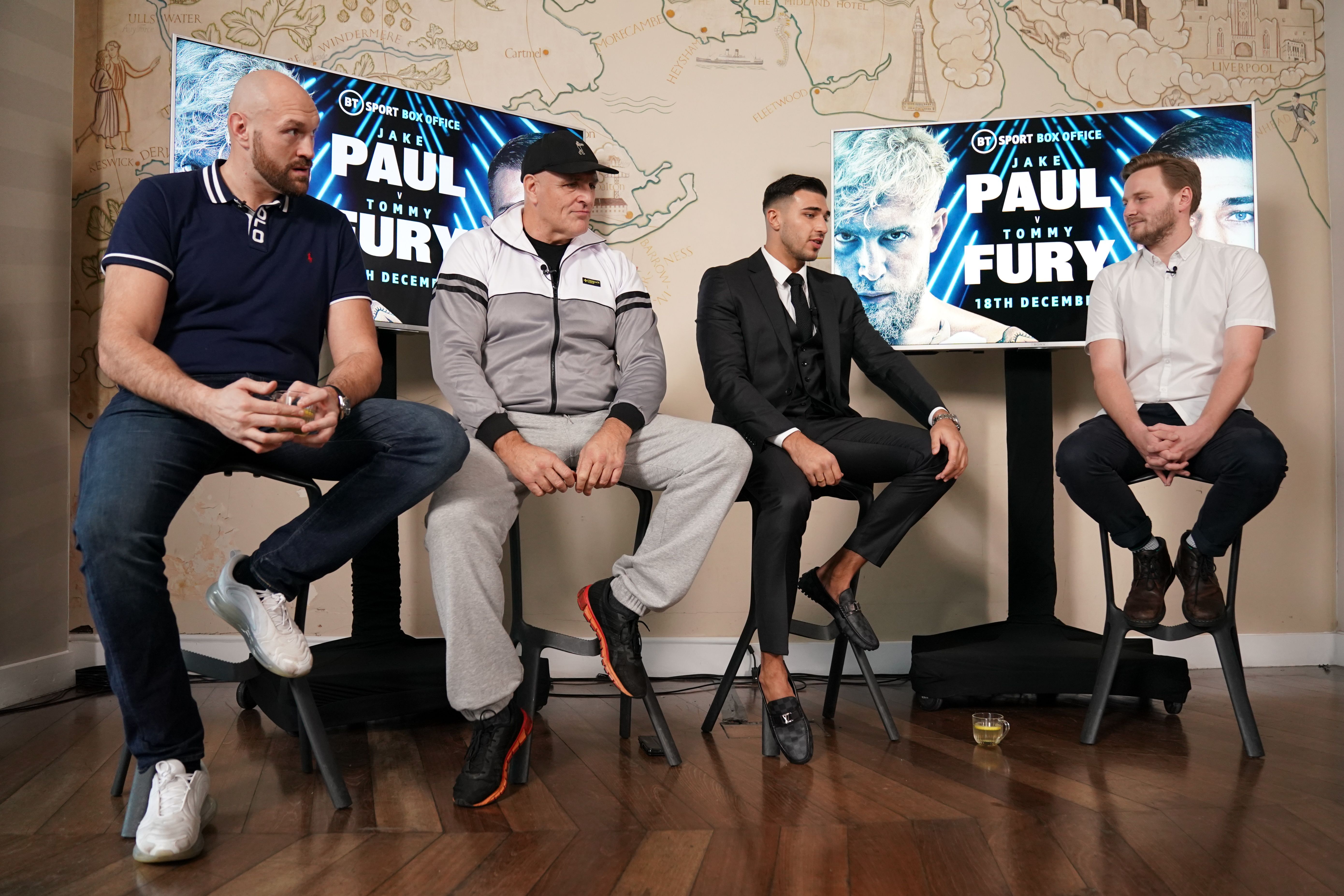 The 2019 Love Island star is the more experienced at 7-0, with four knockouts, and will be Paul's first opponent with prior professional boxing experience.

And unbeaten heavyweight Fury predicted a demolition job for his little brother, who was dubbed a 'dynamite KO king'.

He told Queensberry Promotions: "I think Tommy Fury lays Jake Paul out cold – stretcher job, on oxygen and all that.

"Like a proper 'big dirty knockout' as Tommy calls it. I don't mean like a, 'Wow, he's gone down'.

"I mean like, proper unconscious knockout. Like when they put the oxygen on him to bring him back round and all that.

"Because it's one thing playing around at boxing, but when you're messing with a dynamite KO king like him, wow, you're in for some serious trouble.

"And if you're not used to getting hit, you can get seriously damaged."

Tommy signed a two-bout deal with US network Showtime and in August fought and beat Paul's sparring partner Anthony Taylor.

It went the full four rounds and was comfortable enough for the Brit, 22, but the performance lacked any real conviction.

Paul, 24, later on in the night beat ex-UFC champion Tyron Woodley, 39, and set up a celebrity grudge match with Tommy.

The social media star has continued to mock his rival's performance, but Gypsy King Fury claimed it was all part of the masterplan.

He said: "Tommy looked terrible on purpose so he could get this fight, that is what clever people do.

But his win last time out against Woodley was his biggest to date, while Tommy improved to 7-0 by beating Taylor, 32.

Who is Gerwyn Price, and did PDC World Darts star used to be rugby player?