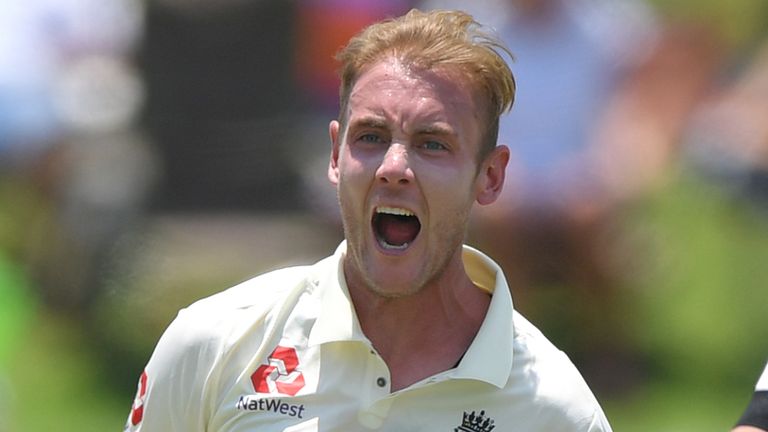 Stuart Broad has become the fifth player to be fined and receive a demerit point during England’s series with South Africa after swearing at Faf du Plessis on day four of the final Test.

The England seamer became involved in a fractious exchange with South Africa captain Du Plessis in Johannesburg on Monday and has been fined 15 per cent of his match fee as well as been handed a demerit point.

Du Plessis made contact with Jos Buttler’s shoulder during the incident but no charges have yet been levelled at the Proteas skipper, who said there was “nothing malicious” in the collision.

Broad now has two demerit points on his record, with four points in a two-year period enough to activate a ban.

Buttler was punished for swearing at Vernon Philander in the second Test in Cape Town, while Ben Stokes was sanctioned after a verbal altercation with a spectator in Johannesburg. South Africa’s Kagiso Rabada was reprimanded for an overzealous celebration after dismissing Joe Root in Port Elizabeth, with his latest demerit point taking him to four inside 24 months and ensuring he was banned for the Johannesburg fixture.

Philander, meanwhile, was disciplined after swearing at Buttler during his final Test at Wanderers, although his demerit point has been deemed irrelevant by the fact he has now quit international cricket and joined Somerset on a Koalpak contract.

England captain Joe Root said: “There’s definitely no bad blood between the sides, in my opinion.