Taking on Serena Williams in the final of a major had been a dream come true for Naomi Osaka, but the Japanese player’s maiden grand slam title was overshadowed by the champion’s stunning meltdown. A code violation for coaching in the second set was the trigger for the extraordinary series of outbursts and by the end of the explosive US Open decider she had gone completely off the rails, breaking her racket, branding umpire Carlos Ramos a “thief”, declaring he owed her an apology and claiming she had been penalised “because I’m a woman”. It was impossible not to feel for an emotional Osaka during the presentation ceremony as boos – which she thought were directed at her, having just defeated the American amid a backdrop of controversy – rang around Arthur Ashe Stadium. 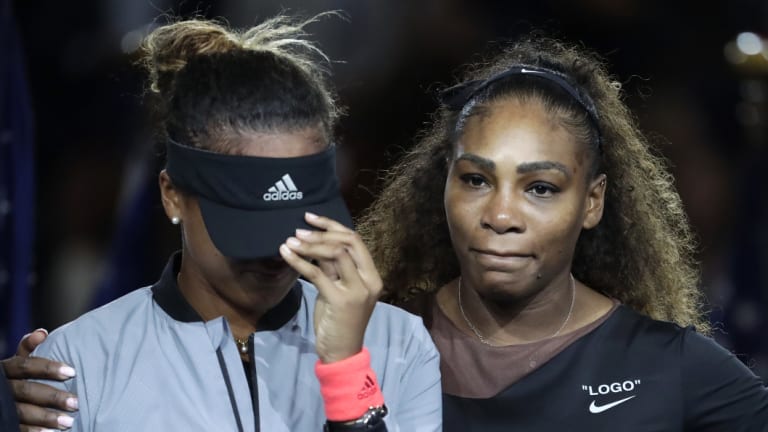 High emotion: Naomi Osaka and Serena Williams after the US Open final.Credit:AP

Novak Djokovic firmly put to bed any suggestion that he was finished as a contender on the biggest stages with an incredible comeback from a serious elbow injury, capturing the his 13th and 14th grand slam titles at Wimbledon and Flushing Meadows and remarkably finishing the season as atop the ATP rankings. There were long-awaited grand slam titles for world No.1s past and present Caroline Wozniacki and Simona Halep, and Angelique Kerber vaulted back up the rankings, winning Wimbledon . From an Australian perspective, Alex de Minaur enjoyed a breakout year to replace Nick Kygrios as the country’s leading male player, having started the year ranked 208, while Ashleigh Barty reached the highest mark of her career, No.15, won two singles titles and for the first time made the fourth round of a grand slam, at the US Open. Fellow Queenslander John Millman’s upset of Roger Federer in New York, winning him a spot in the quarter-finals, won’t be quickly forgotten either. 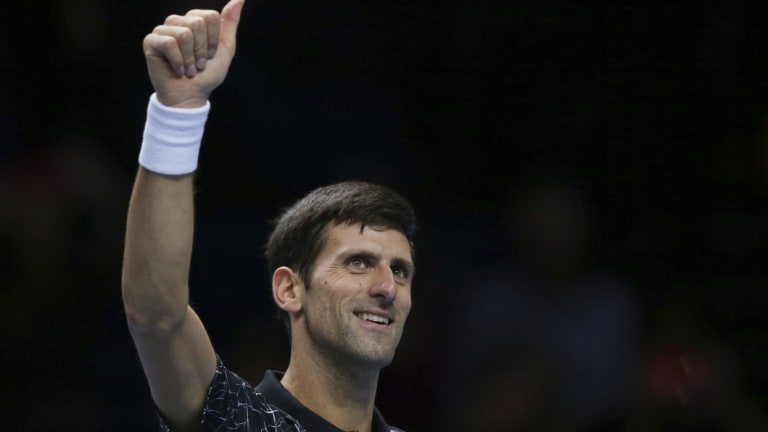 Back on top: Novak Djokovic.Credit:AP

Grigor Dimitrov started 2018 ranked No.3 in the world and ended the season 19th and has now brought in Andre Agassi as his coach in an effort to reverse his slide down the men’s pecking order. That was nothing on the freefall experienced by American Jack Sock, however. He was in the top 10 little more than a year ago, and finished the season ranked 106. Having defied her age in 2017, 38-year-old Venus Williams slumped to No.38 by Christmas while two-time major winner Garbine Muguruza dropped from No.2 to 18.

The overhaul of the Davis Cup left the traditionalists aggrieved, with leading players questioning the merits of the new format to make its debut in 2019. There have been top players skipping ties for years but many have still found hard to swallow the abandoning of the home-and-away structure for a jazzed-up 18-nation finals over a week in Madrid next November. There is more controversial change afoot with the Australian Open introducing super tiebreakers instead of advantage deciding sets. 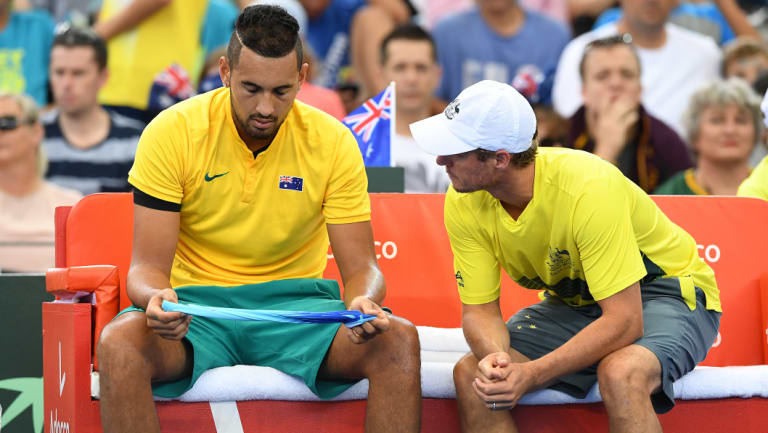 New format: Australia will have to qualify for the 18-team finals next November.Credit:AAP

Match of the year

“I have not much more inside me,” Rafael Nadal said after his epic semi-final defeat at Wimbledon to Djokovic, who went on to claim the title. “I give it my best.” Even that wasn’t quite good enough against the reborn Serb, who prevailed 10-8 in the fifth in a classic encounter that well and truly lived up to their weighty reputations. Wozniacki’s triumph over Halep in the Australian Open final was a thriller while de Minaur was courageous in a late-night, five-set dogfight against Marin Cilic in the US Open third round. 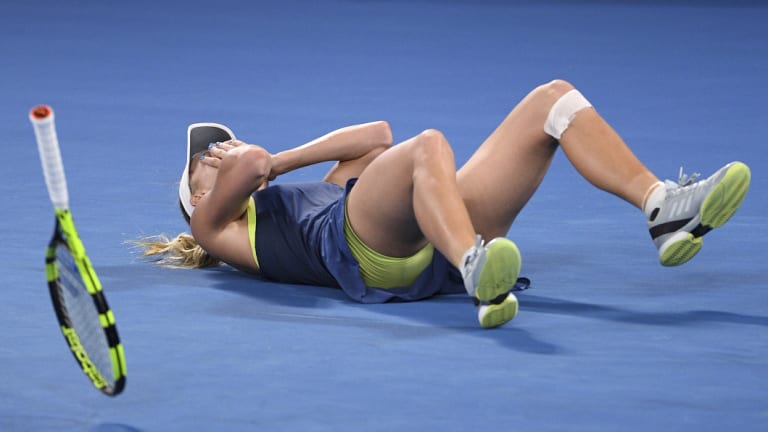 Quote of the year

‘I want to help you.’ So said chair umpire Mohamed Lahyani to Kygrios during their fireside chat in New York that made headlines and earned the official a suspension. 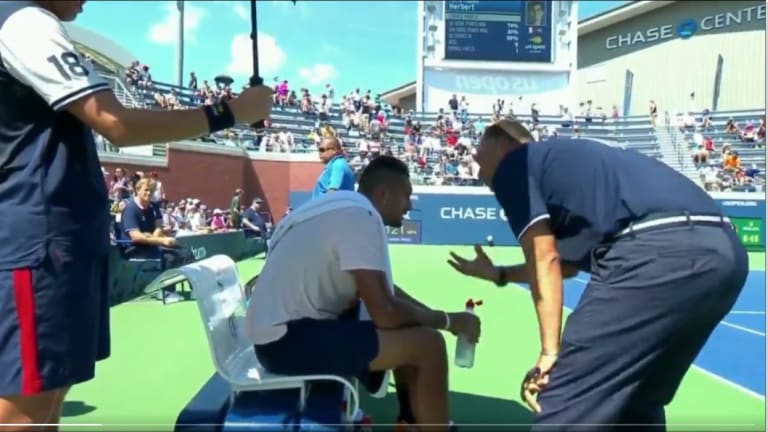 Djokovic, Federer and Nadal have dominated the grand slams for so long, with some cameos from Andy Murray and Stan Wawrinka, that it's been hard to imagine that a member of the next generation could take over until they retire. It might just be time for a younger player such as Alex Zverev to begin to turn the tide.

ARSENAL 3 AFC WIMBLEDON 0: Mikel Arteta's Gunners hit League One Wimbledon for three to progress into the fourth round