The Australian Test cricket team has rallied around Usman Khawaja following the arrest of his brother for allegedly perverting the course of justice and forging a document.

Coach Justin Langer admitted Arsalan Khawaja's arrest on Tuesday was a blow for the batsman ahead of the first Test against India, which starts at the Adelaide Oval on Thursday. 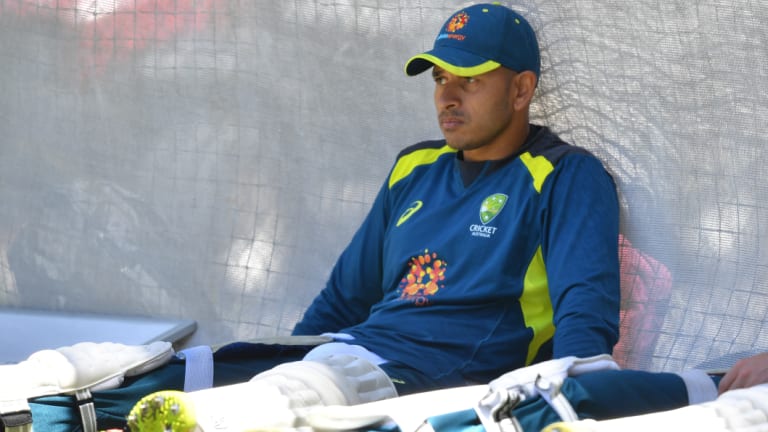 “Shocked”: Justin Langer says the Test side is rallying around Usman Khawaja after the arrest of his brother.Credit:David Mariuz

"We're keeping an eye on Uzzie. It was a little bit of a shock for him. I know he's wife's here with him and we'll look after him. He'll be as cool and calm as usual out in the middle," Langer told SEN on Wednesday.