THE ball thudded into the side of his neck, his body toppled forward and landed face down on the floor. We all held our breath.

There is no other way to say it… Steve Smith’s blow from Jofra Archer brought back memories of the day Phillip Hughes died while batting in Sydney in 2014. 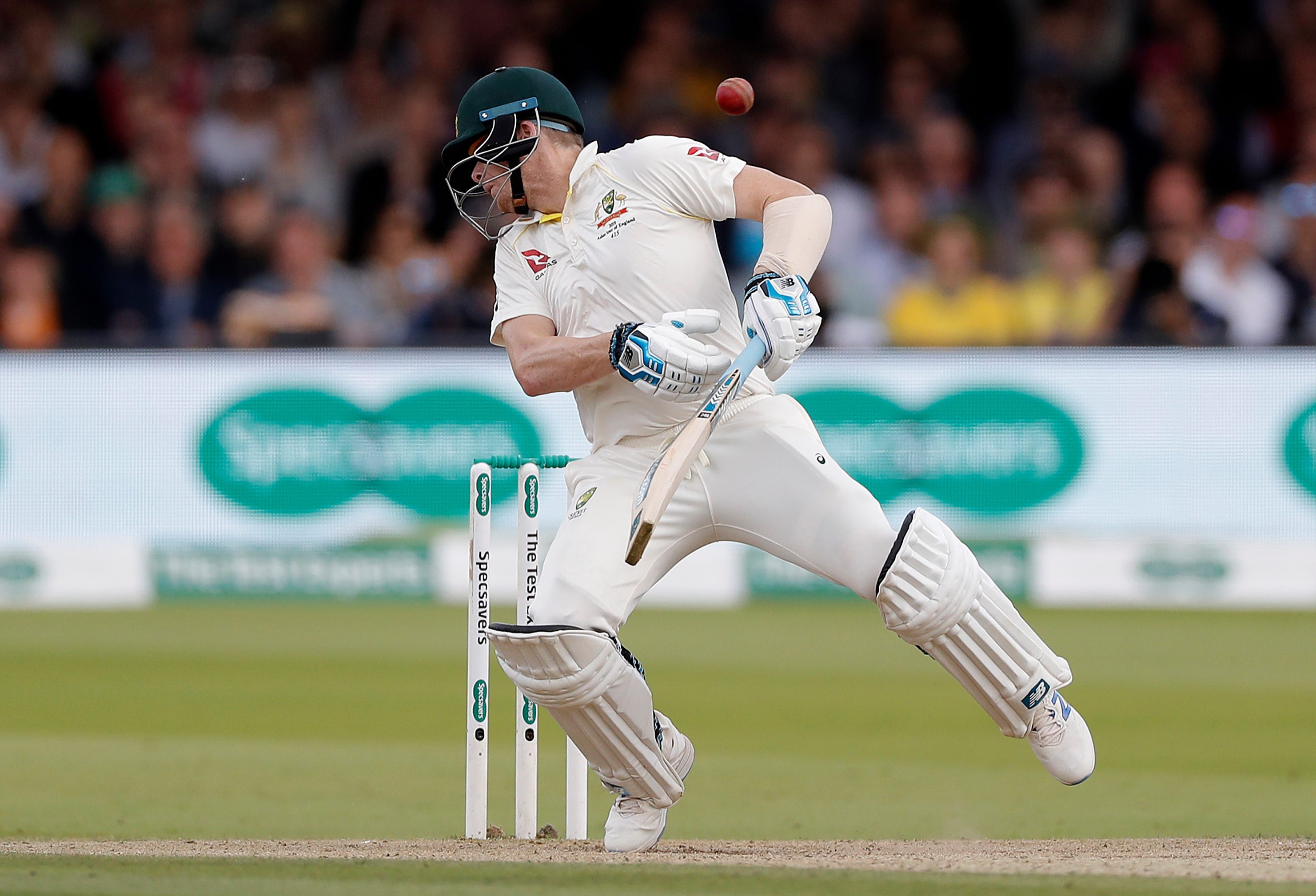 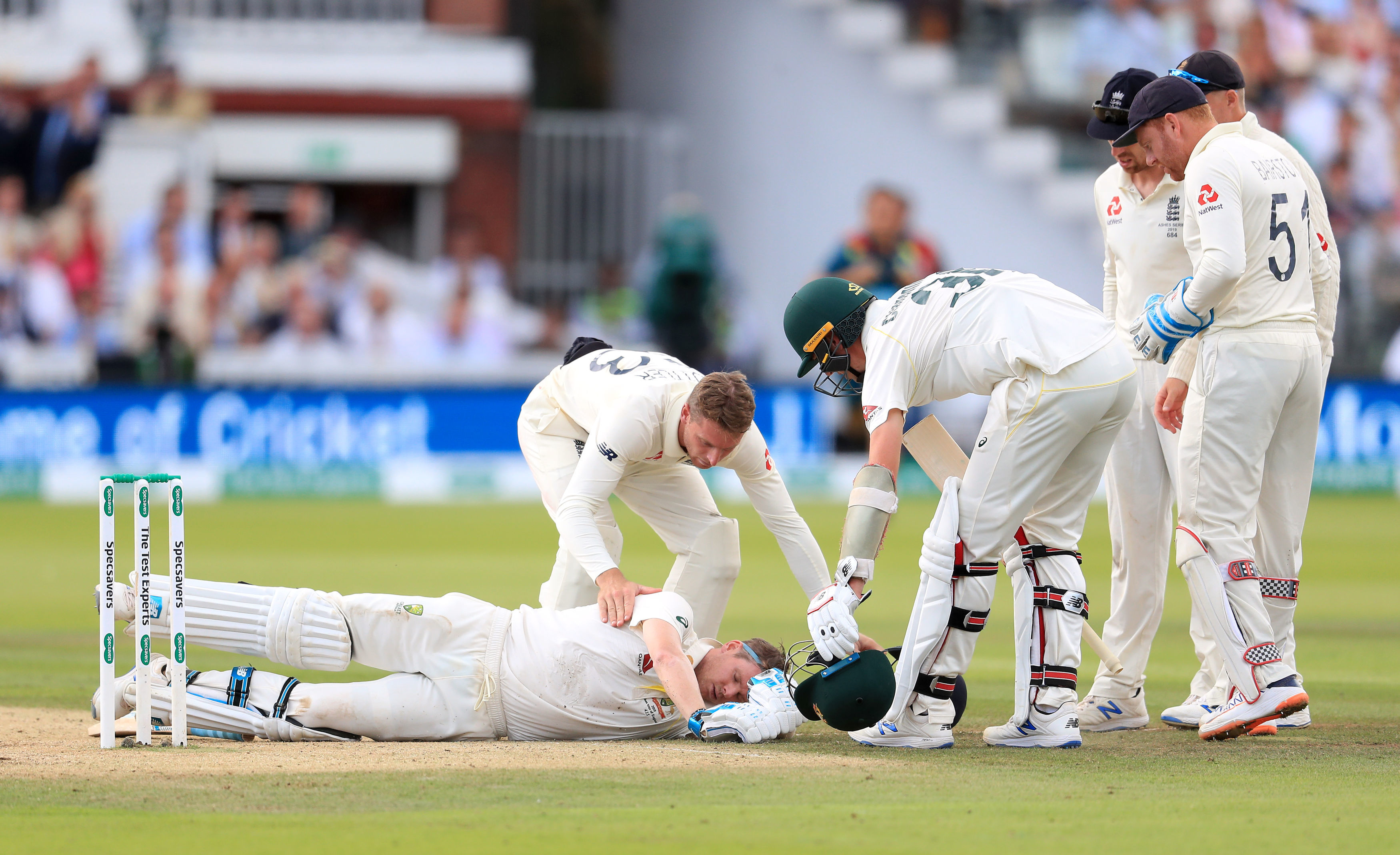 The point of impact, the way Smith fell and the instant and concerned reaction of the players and umpires were all harrowingly reminiscent.

For a few seconds at Lord’s yesterday, the world of cricket feared something terrible was happening.

Thank goodness, Smith was okay. He was able to remove his helmet and roll from his front and onto his back. We knew then he was not badly hurt.

We had no idea, of course, that Smith would come out to bat again just 45 minutes after retiring. Brave man, manically brave, in fact, but he probably should have stayed in the dressing-room.

For the Aussies, it must have been especially alarming. Five of them – David Warner, Mitchell Starc, Nathan Lyon, Travis Head and fielding coach Brad Haddin – were playing that fateful day when Hughes was struck by a bouncer from Sean Abbott.

The flattening of Smith was the most dramatic moment on a tense, thrilling day of Test cricket.

It ended with England’s batting once more wobbling. They will resume on Sunday on 96-4 – a lead of 104 runs. All results are possible.

Smith had been roughed up by Archer before being banged on the neck. Even though he had reached his seventh successive Ashes half-century, he took blows to the hand and left arm in the same over. A compression bandage was wrapped around his arm and an armguard attached.

The run machine was being unsettled by Archer’s speed from the Pavilion End. At one point, he sent down 16 successive deliveries of 90mph or more.

Smith tried to duck a short ball of 92.4mph but it was too quick. He took his eye off it and was hit below the left ear.

The collar of Smith’s shirt flew upwards as he tried to dodge. The thin layer of material offered no sort of shield, of course, and he was not wearing a stem guard, the mesh-like plastic protector invented after Hughes’ death and used by most batsmen.

Medics from both teams dashed onto the field. The atmosphere was fearful. Sky TV did not show any replays until it was clear Smith was not badly hurt. 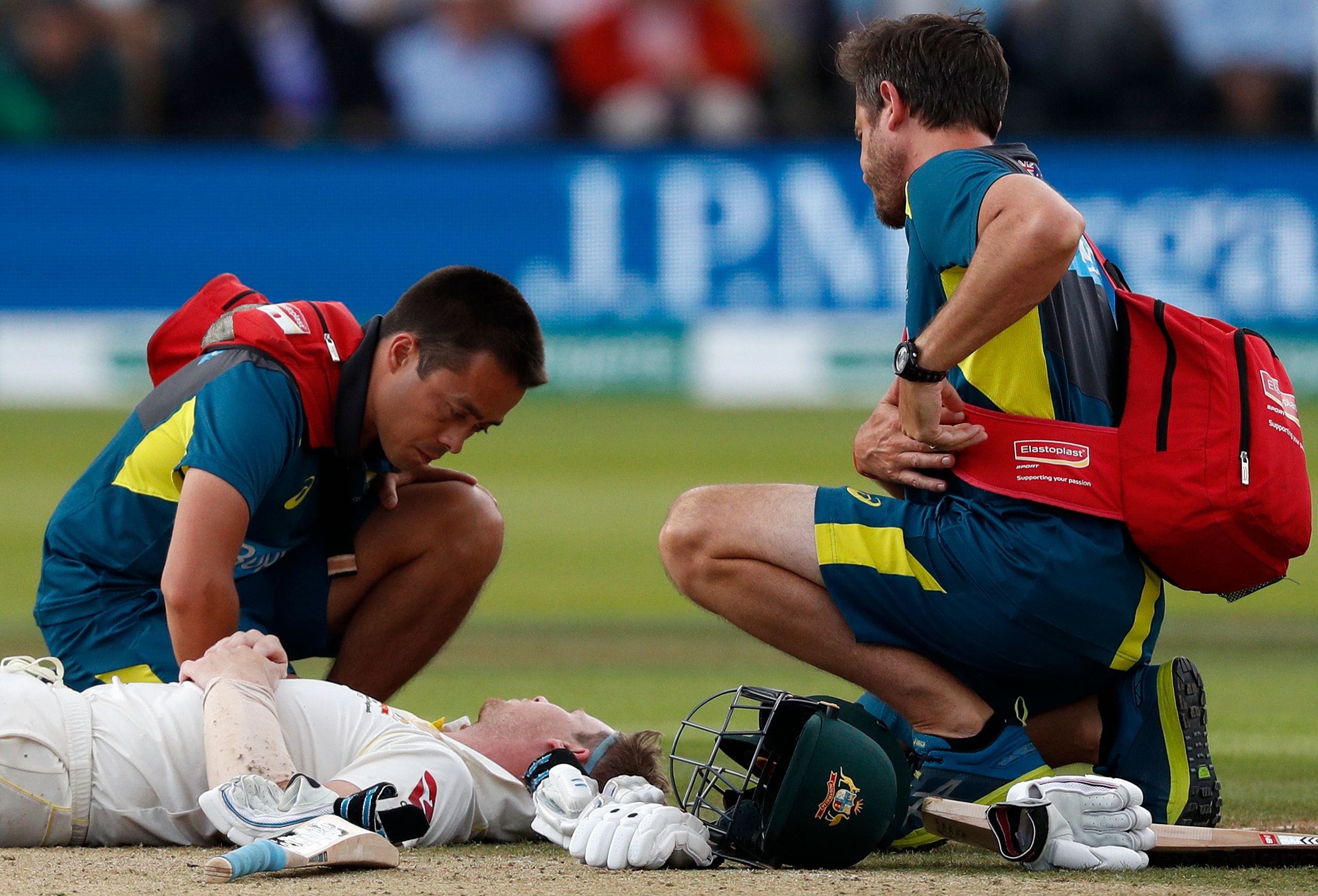 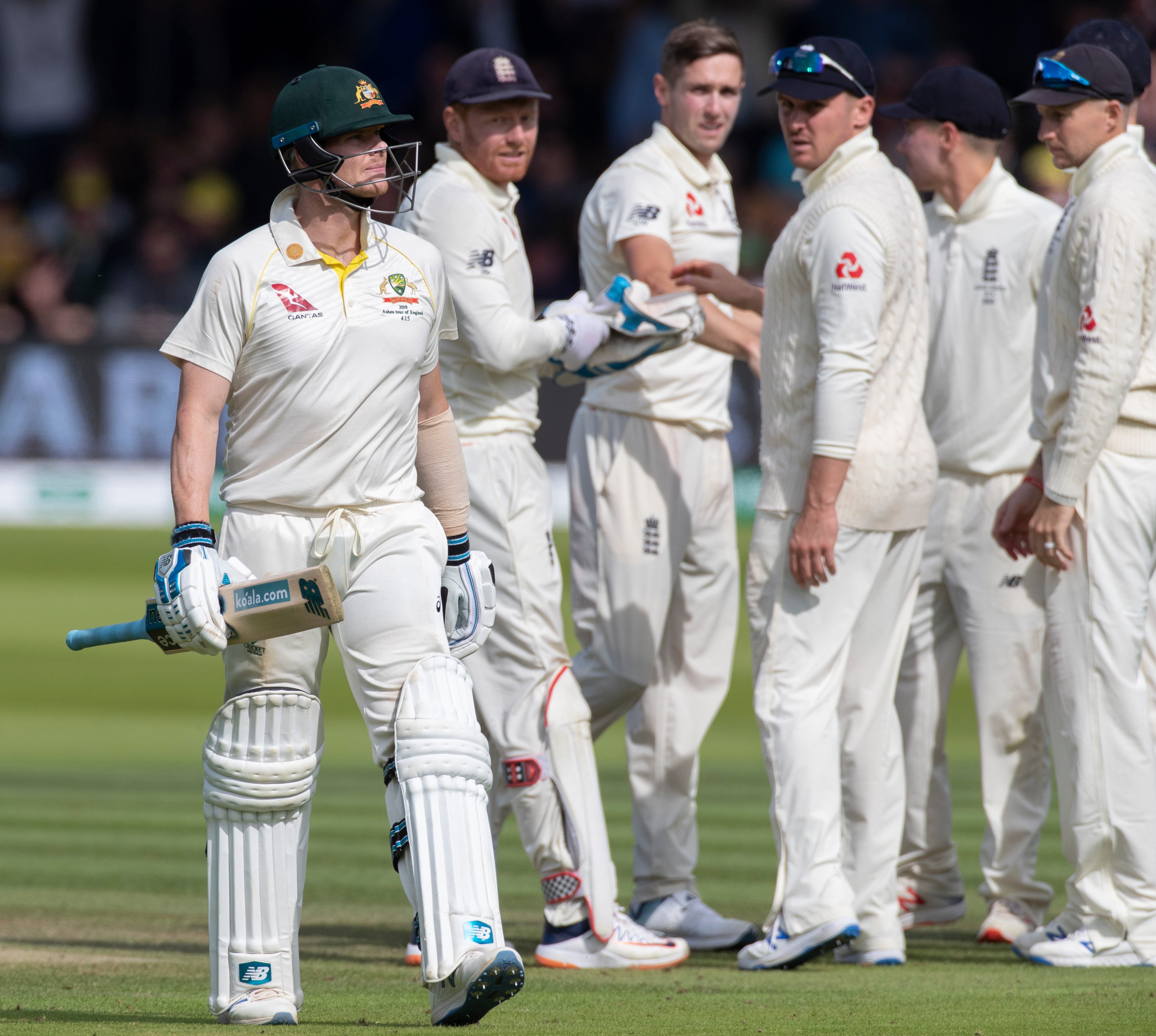 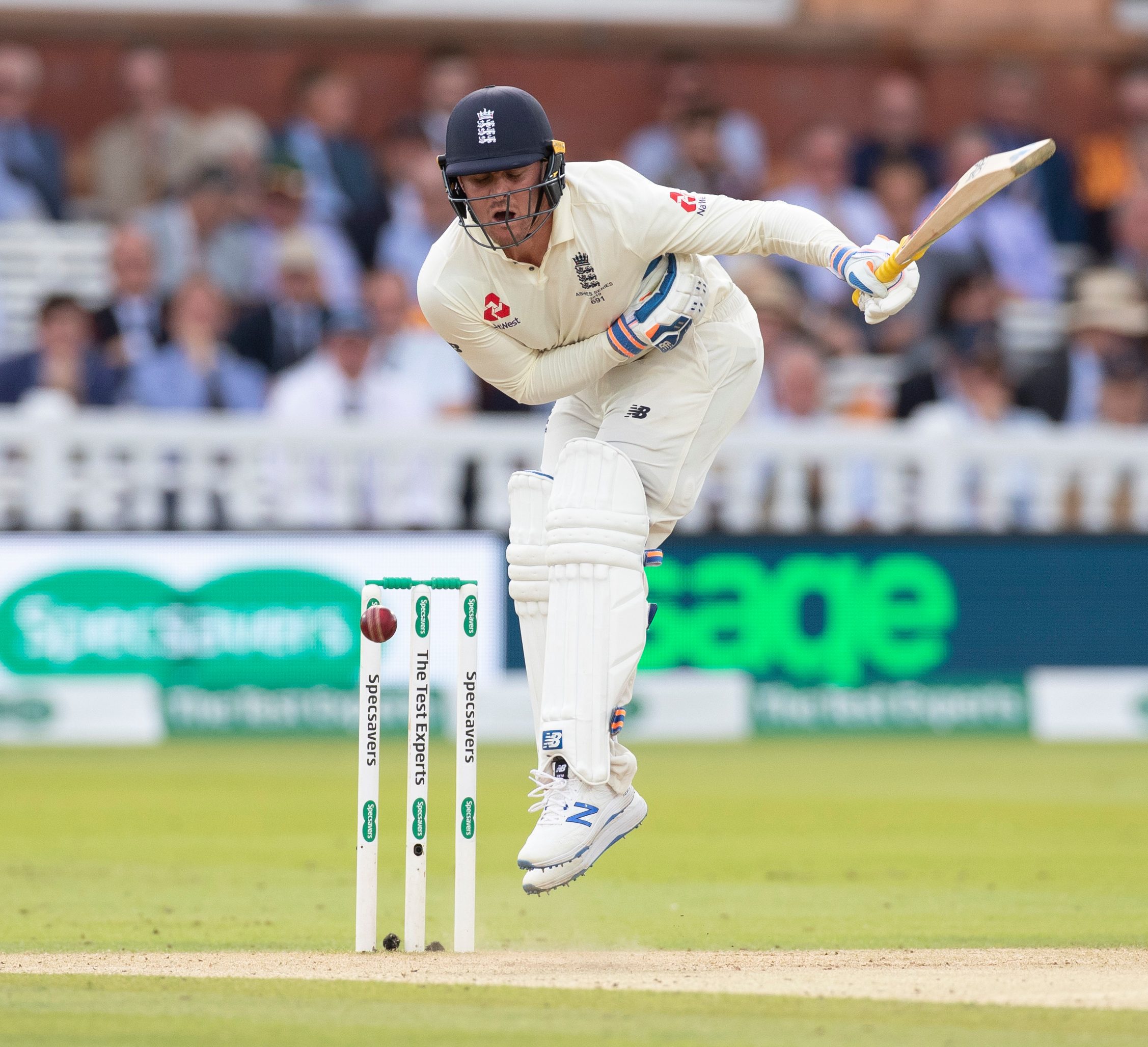 Archer wandered towards the stricken batsman but did not appear to enquire as to his health. Fast bowlers cannot afford to become too emotionally involved with their victims – they need the resolve to send down more bouncers.

Archer clanged Hashim Amla, Alex Carey and Colin de Grandhomme on the helmet during the World Cup. He generates extreme pace from a leisurely run-up and his short balls are head-seeking missiles.

Smith wanted to continue but was told by Australian team doctor Richard Saw to go off as a precaution. He was able to walk back to the dressing-room unaided.

Just 45 minutes later, and at the first opportunity when Peter Siddle was next man out, Smith emerged down the pavilion steps.

Part II of his innings was an eccentric cameo. Even more eccentric than normal. He smeared his second ball from Chris Woakes over mid-wicket for four and the next delivery was gloriously forced to the extra cover boundary off the back foot.

Smith was eight runs short of his third century of the series when he was lbw shouldering arms to Woakes. He reviewed but walked off knowing he was out. It was the behaviour of a man who, well, had been hit on the head.

Archer finished with two wickets and Stuart Broad, bowling superbly in this series, four. Chris Woakes added three scalps to his tally on his favourite ground.

England had a first innings lead of just eight runs and negotiating the final session was always going to be precarious.

Jason Roy took his total runs in the match to two before being caught and bowled from a leading edge. Then Joe Root nicked off for a golden duck.

Joe Denly and Rory Burns reached the twenties but perished to Peter Siddle. England were 71-4 and distinctly uncomfortable.

Ben Stokes survived until the close but not without good fortune. He was dropped by Warner off Lyon at slip and would have been lbw to Lyon if Australia had reviewed.

Jos Buttler moved down a place to No.6 but has so far helped Stokes add 25 precious runs. This match could turn into a classic on the final day. 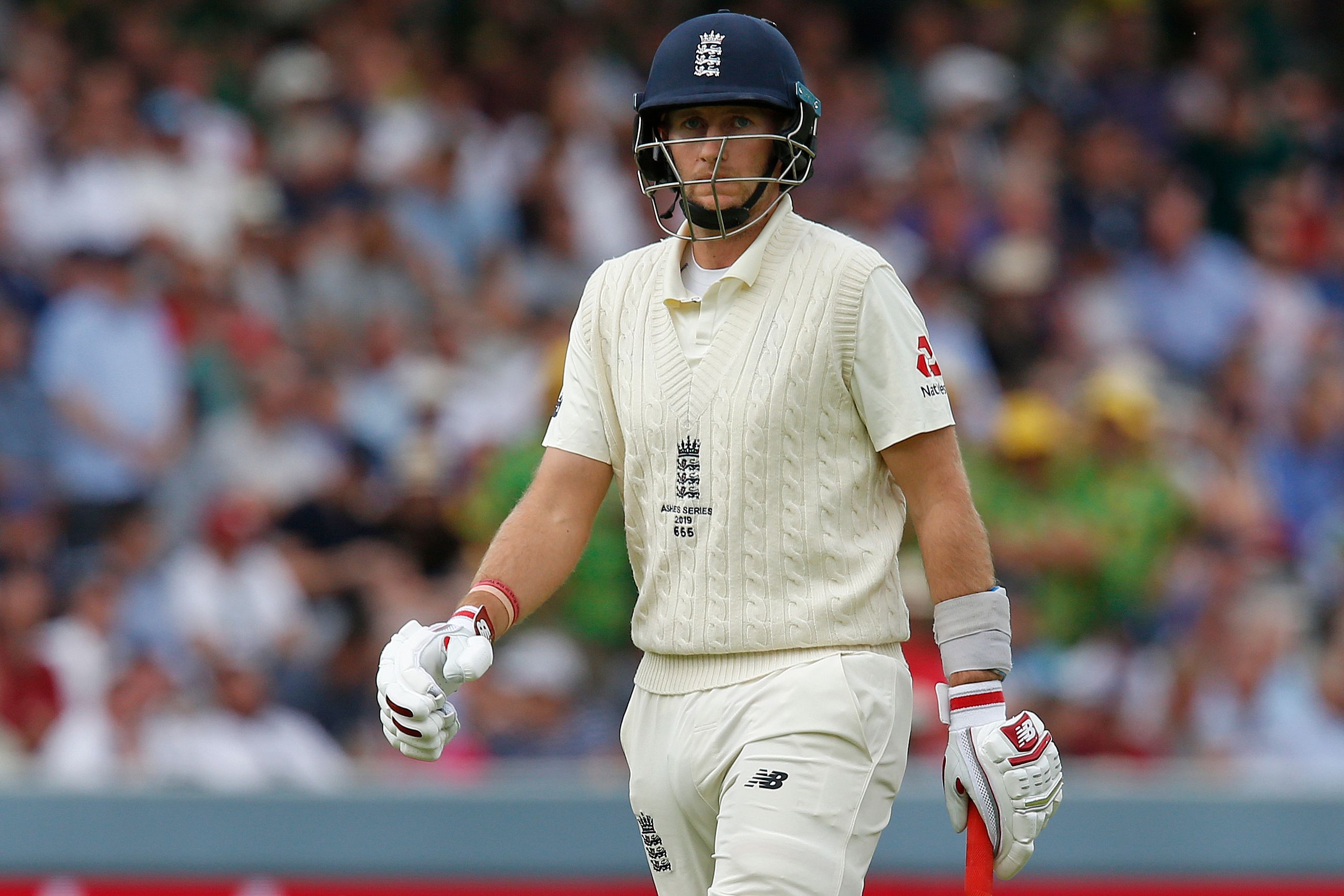 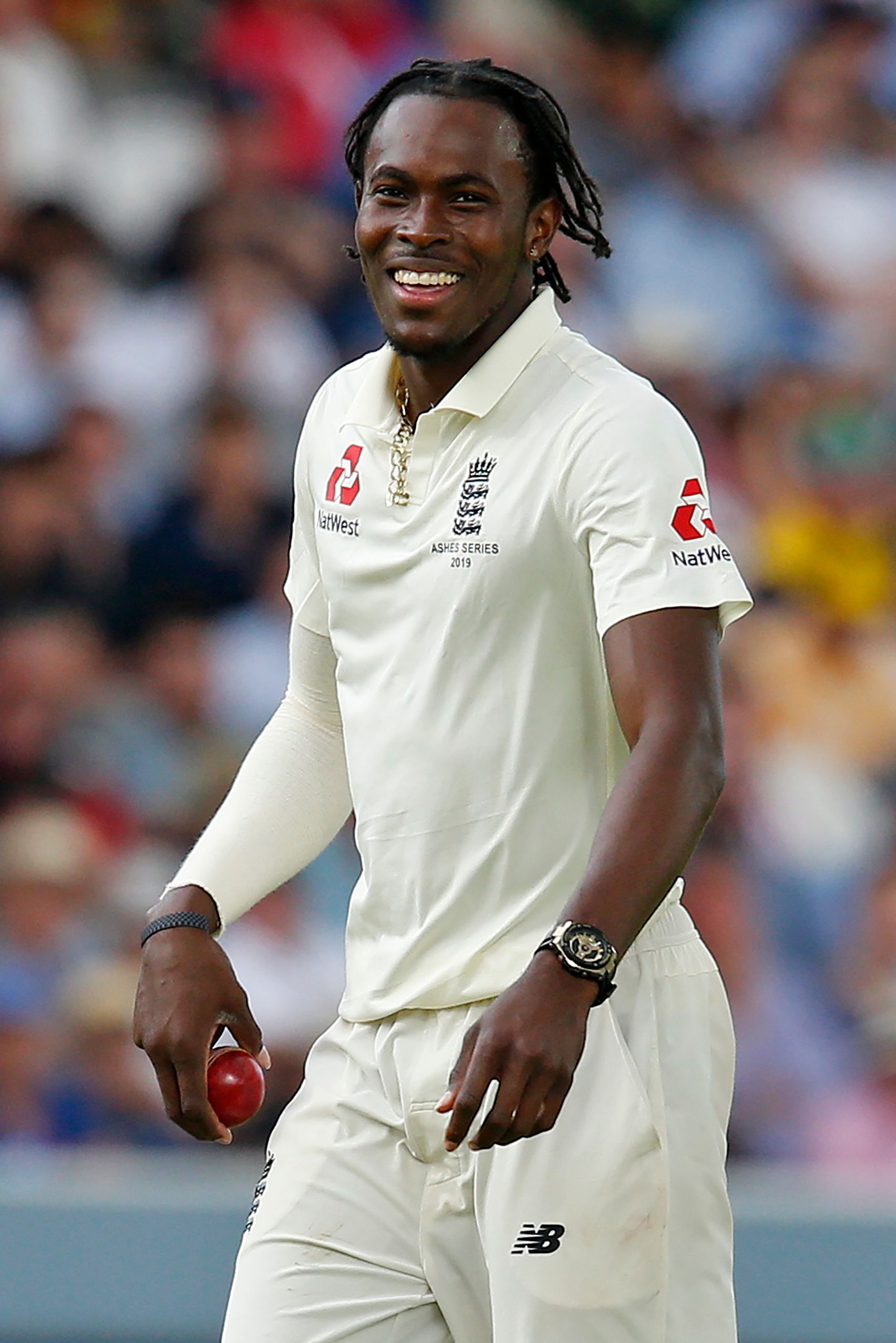 What is latest update on Deontay Wilder’s injury, did his eardrum burst and what happened with his outfit in Fury loss? – The Sun