THE beauty of the Masters is that it is held on the same course every year.

When viewers settle down on Sunday night to see who will claim the green jacket, it is not only the players who are recognised. 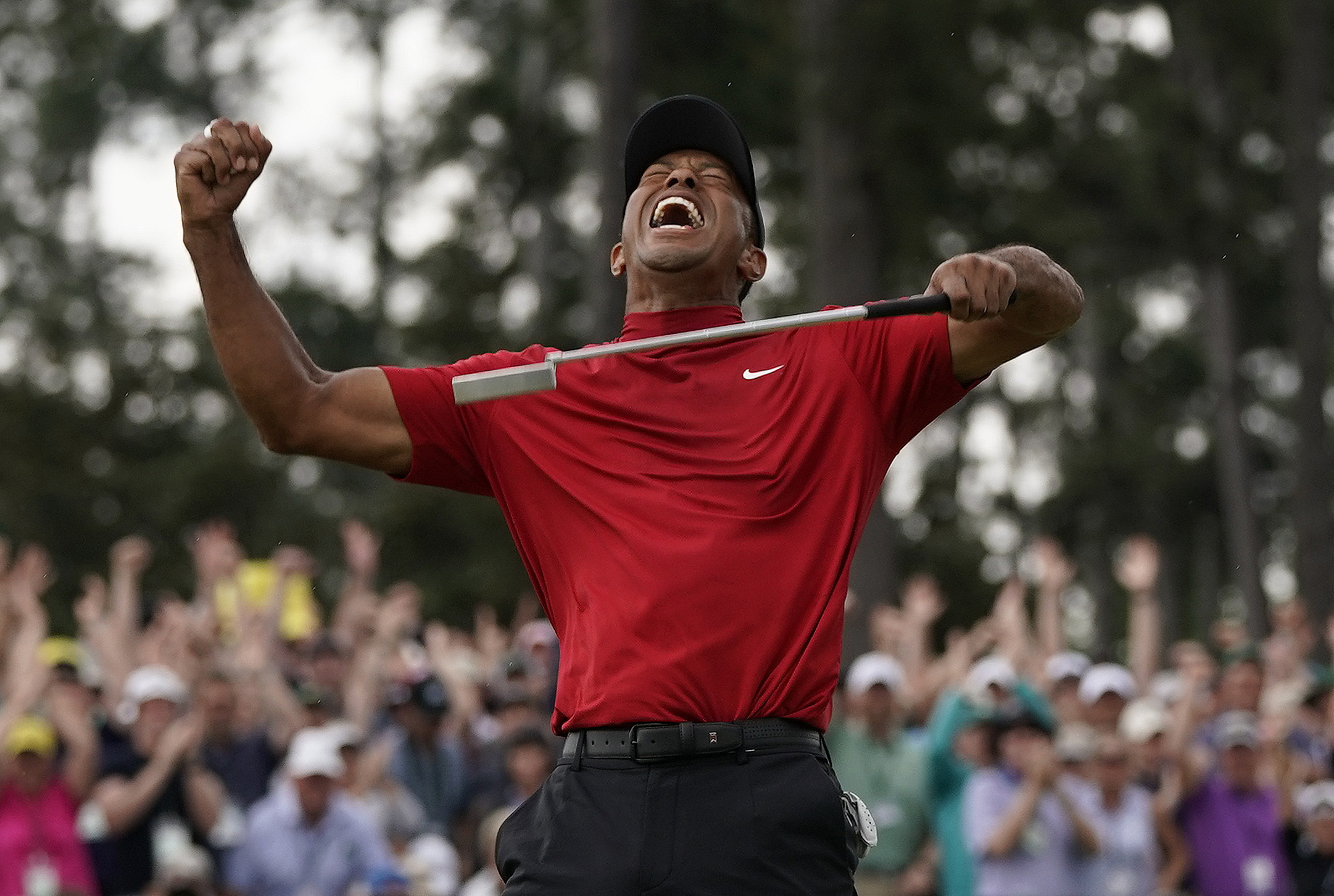 From Fire Thorn to Azalea – and don't forget Flowering Crabapple – every hole is familiar.

Here, we show you how pros will tackle each hole, which is the hardest… and an amazing Masters memory from each one over the years. 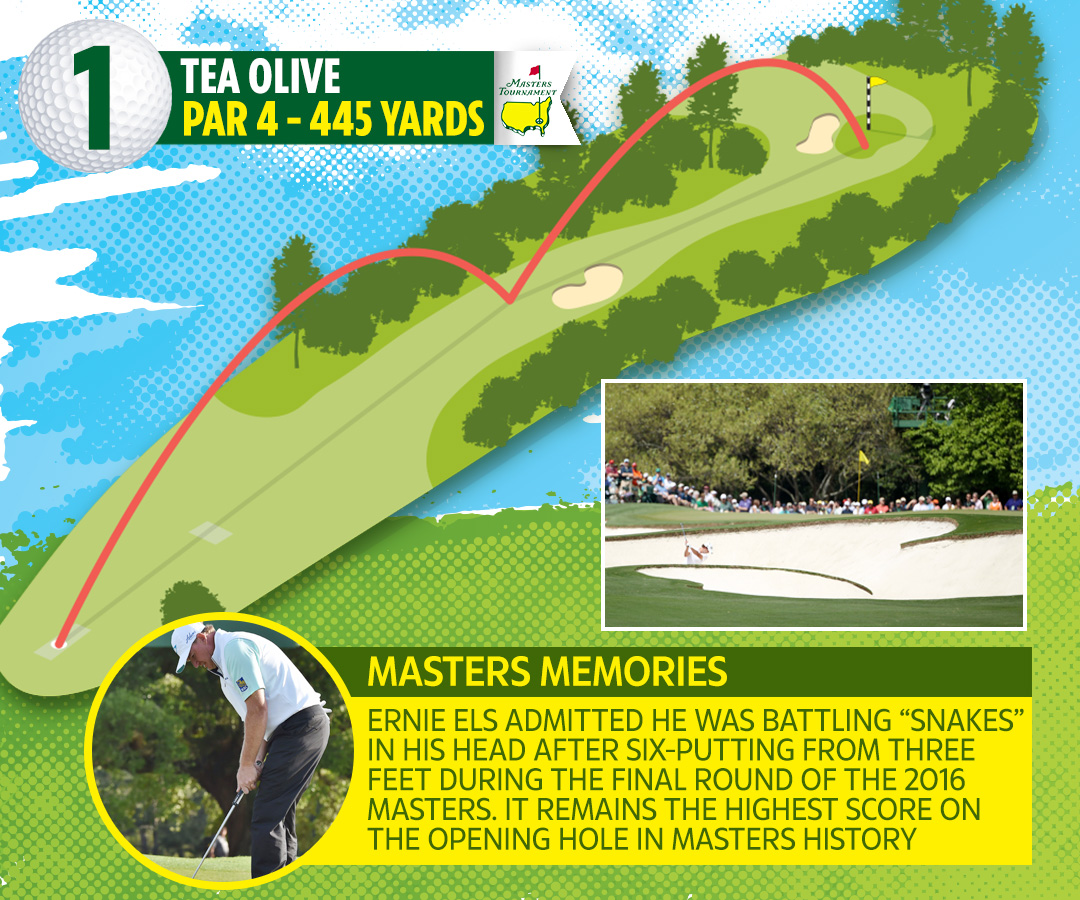 Plays as one of the hardest holes on the course thanks to the subtle undulations of the green and magnet-like bunker on the right of the fairway.

The first tee shot is also one of the most nerve-wracking shots of the round so hit a bad one and it could set the tone for the rest of the day. 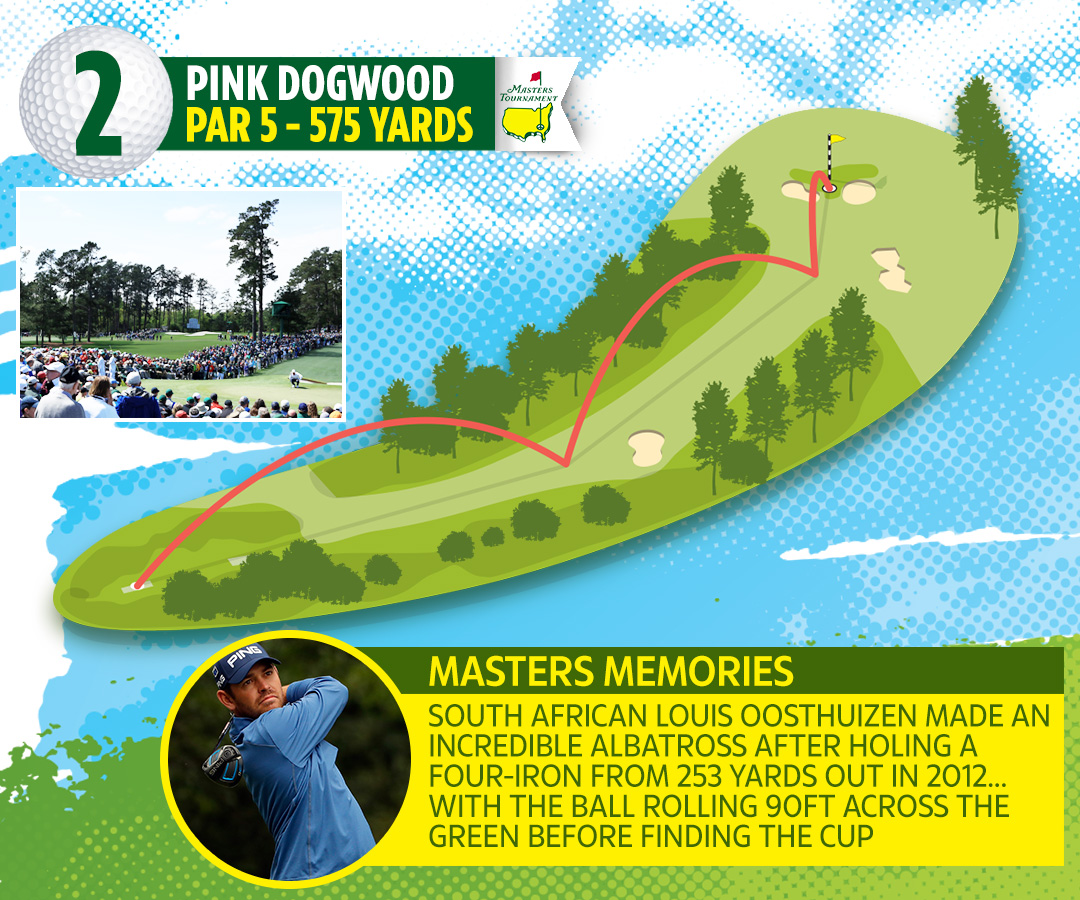 This hole can throw up everything from an albatross to a bogey and is one of the most exciting on the course.

Players need to hit a raking draw off the tee and feather the second shot up the narrow shoot at the front of the green. 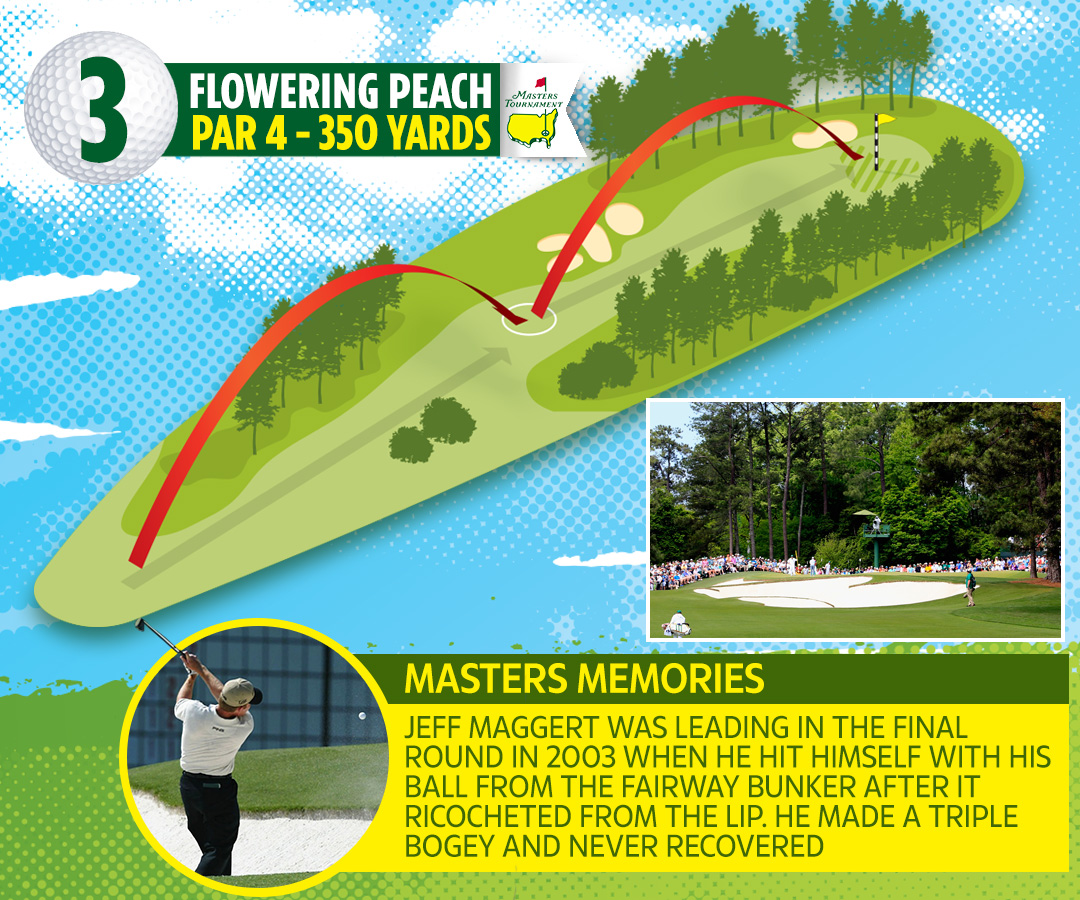 If the wind is blowing strong from behind and conditions are firm underfoot then the longest hitters will smash a driver up near the green.

If they don't then it is all about laying up to a yardage that suits them for a wedge second shot to a hole where they will look for birdie. 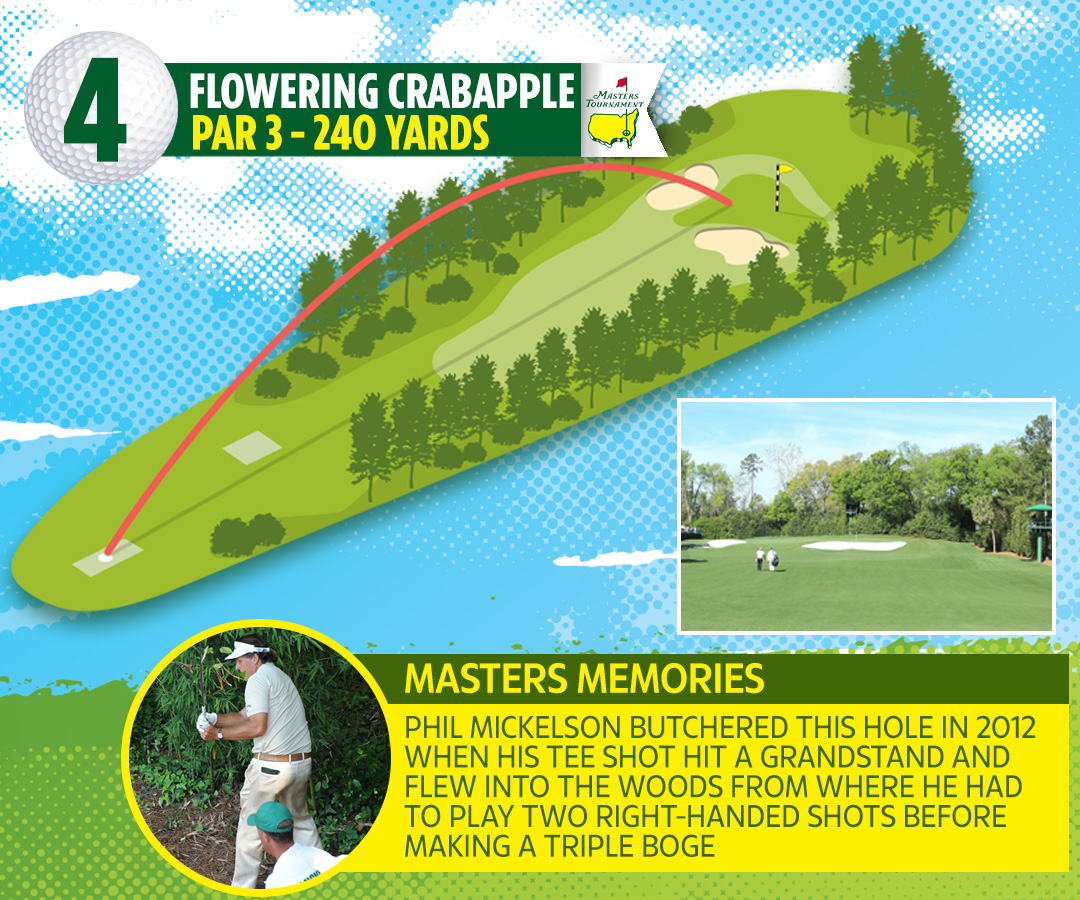 The green is a massive target but players will be going in with a long iron and need to hit the correct part of the putting surface to leave themselves a look at birdie and par.

Danger lurks all around but it is better to miss it in the bunkers short because then players will be hitting back into a green that slopes towards them. 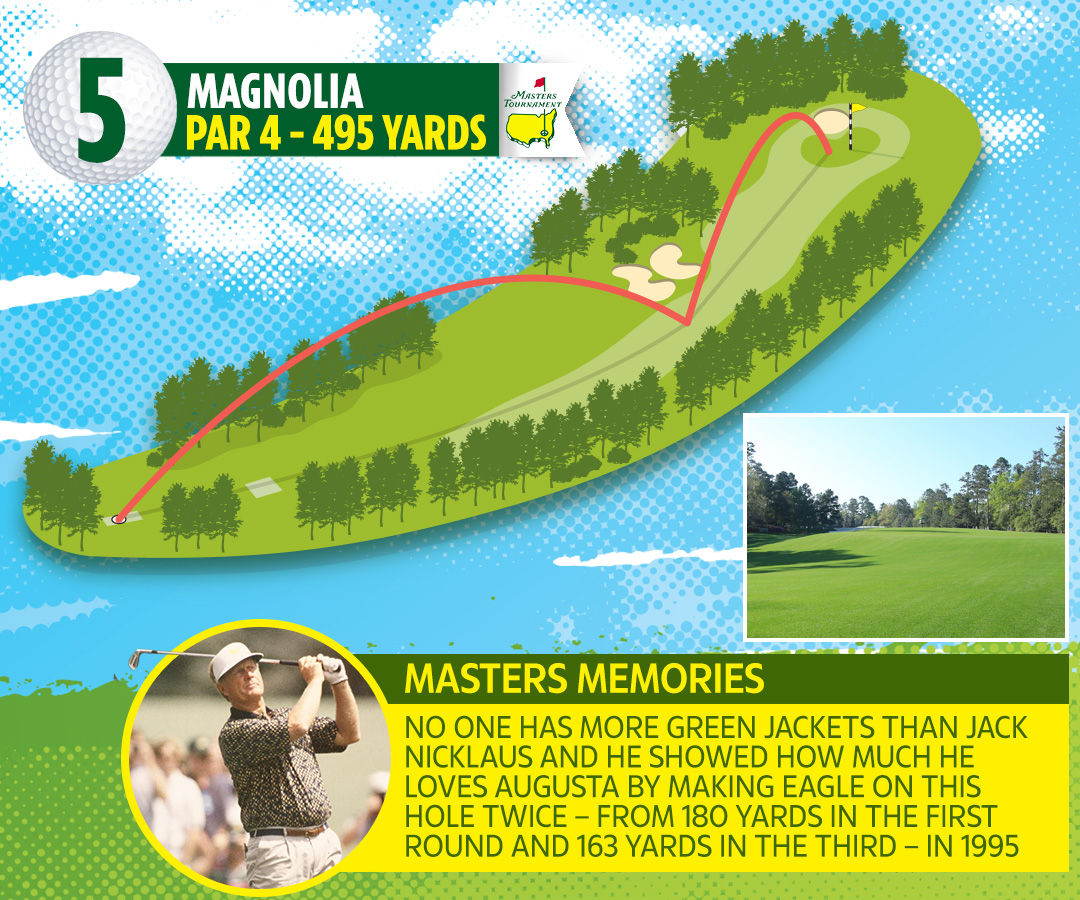 This hole is long, uphill and a dogleg to the left that forces players to hug the left side of the sloping fairway – while avoiding the bunkers, which require a carry of 315 yards to miss.

A demanding par four, it has been lengthened by 40 yards this year and was inspired by the legendary Road Hole at St Andrews. 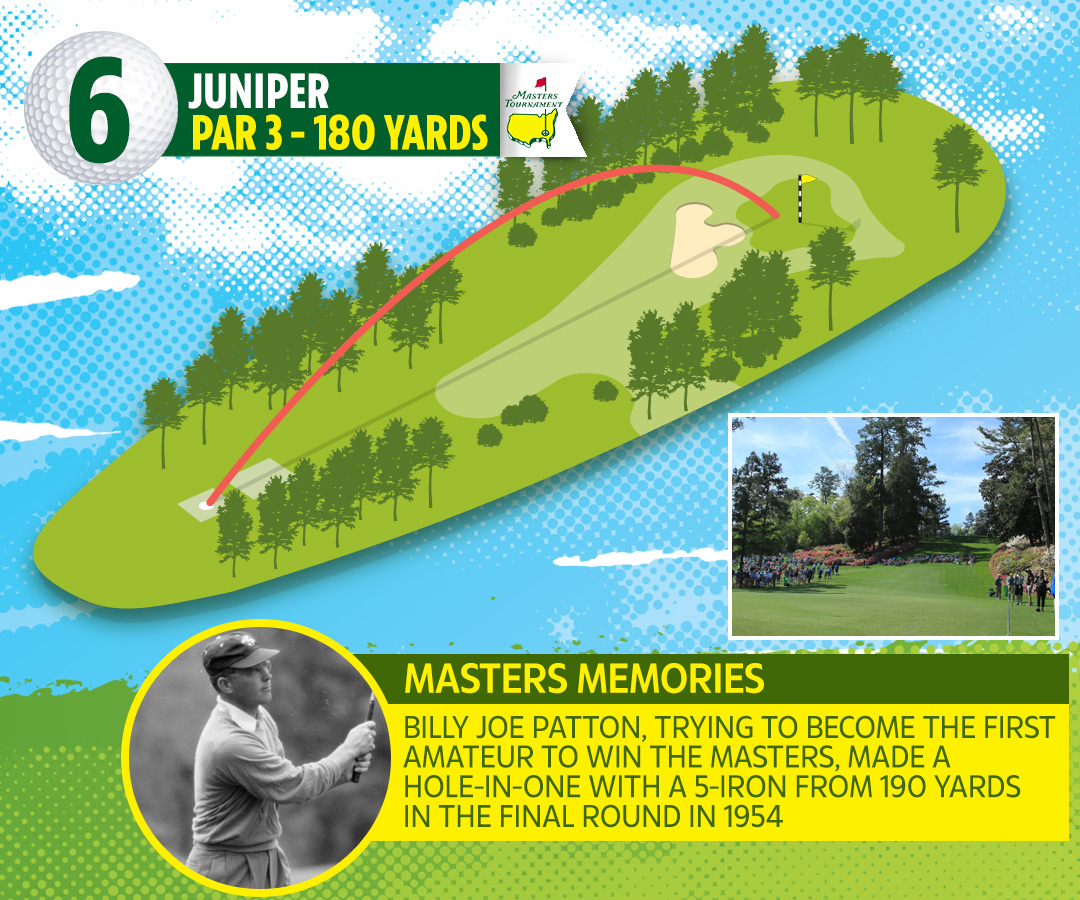 Players will use a mid iron to hit down the slope to this undulating green, which can throw up a number of pin positions.

There used to be a stream in front of the green but that was taken out and now there remains a solitary bunker to gobble up a mishit shot. 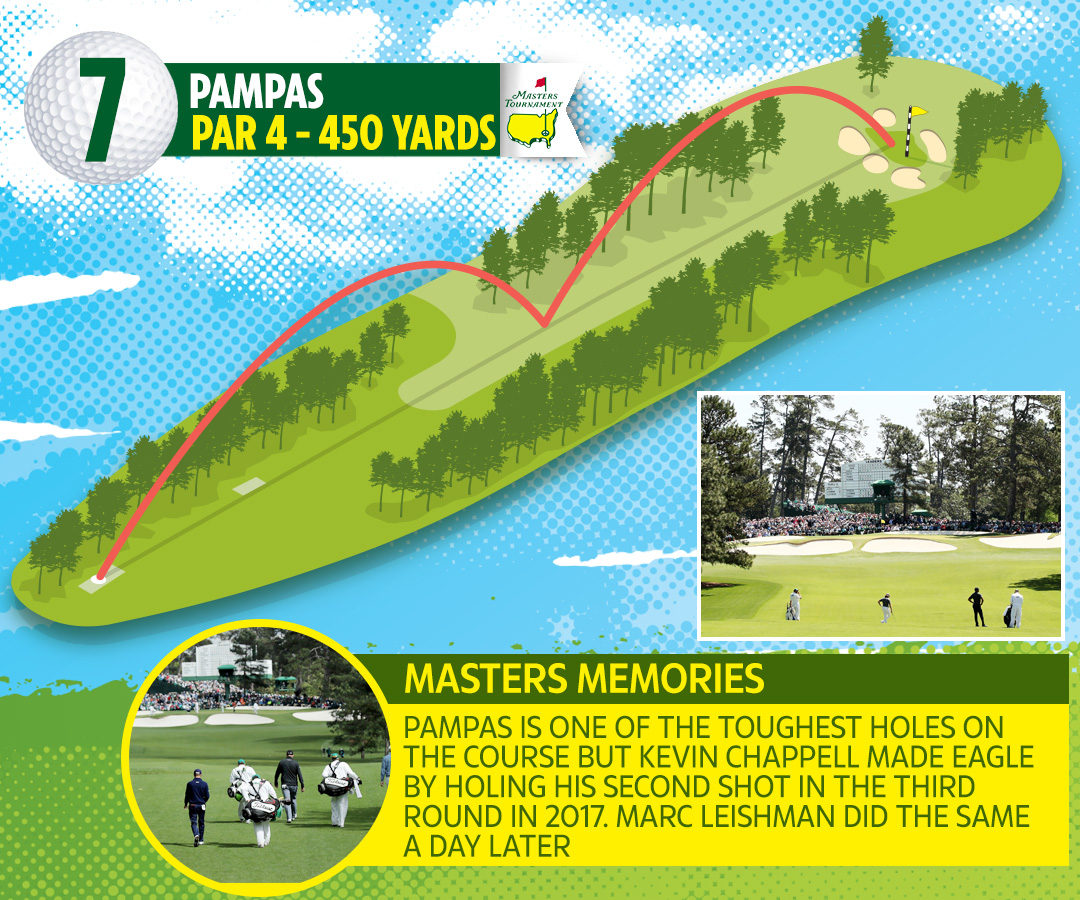 Drives need to find the fairway here so players have ultimate control over spin for their second shots.

Five traps guard the green but, because pros will be going in with a short or mid iron, birdie is a decent shout on this hole. 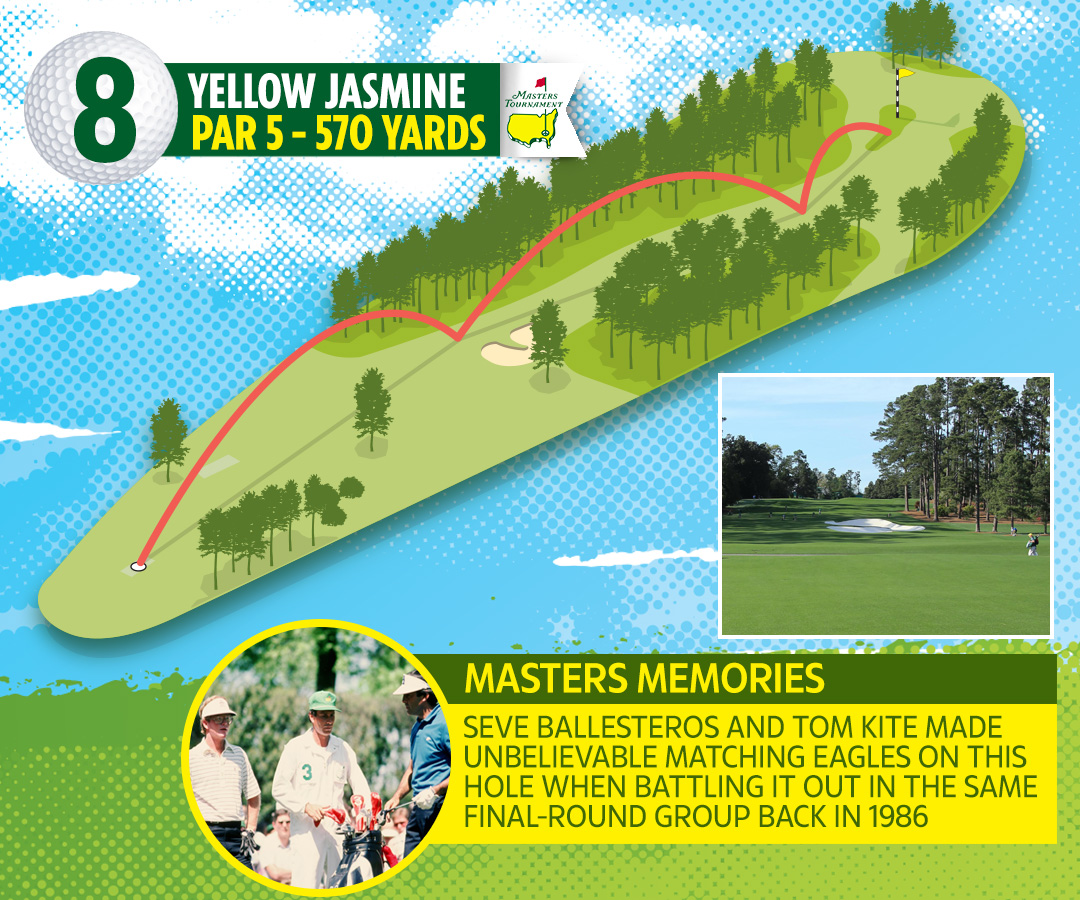 An uphill hole where the bunker on the right side of the fairway must be avoided if competitors want to reach the green in two.

The second shot will need to be a draw played around the trees to a long thin green which throws up the chance of an eagle. 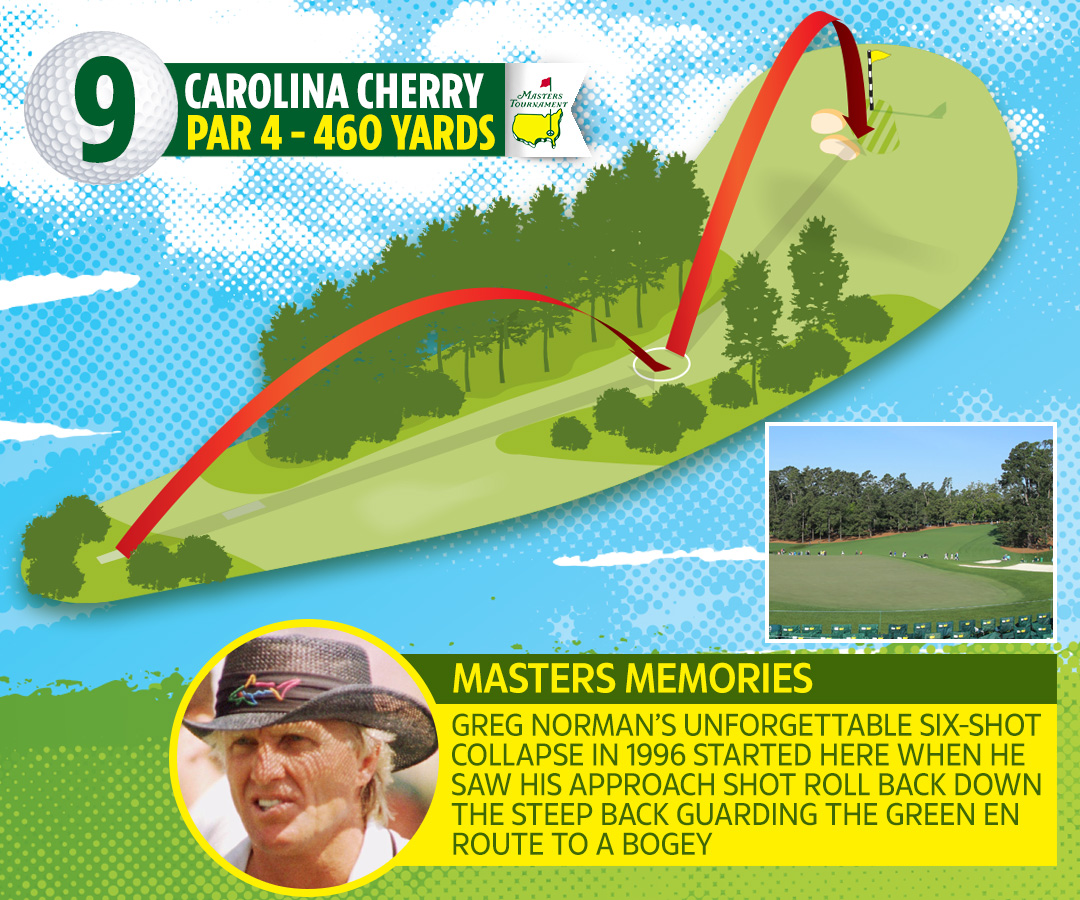 A drive down the right side of the fairway gives the best angle into this green which slopes severely from back to front.

Players will need to watch the amount of spin on their second shots because even one which lands safely on the green could end up rolling back down the fairway. 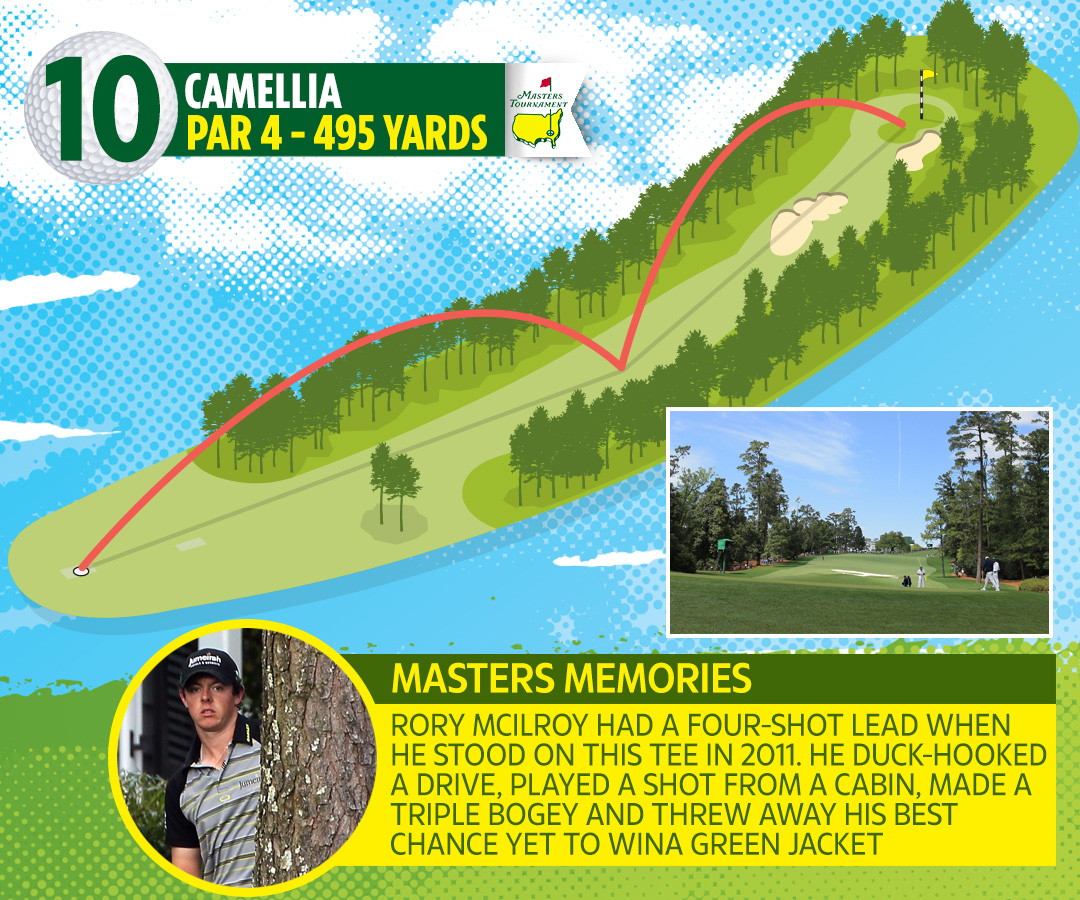 This monster par four plays less than it yardage because of how steeply downhill it is.

Again a draw needs to be played off the tee with anything from a driver to a long iron but the difficulty doesn't end there, with a sloping green another reason why this hole typically plays as the toughest on the course.

The tee shot is downhill and needs to be hit from left to right. The second shot must avoid the pond short left of the green. Banks on the right can be used as a bail out. Par is a great score on the course's hardest hole. 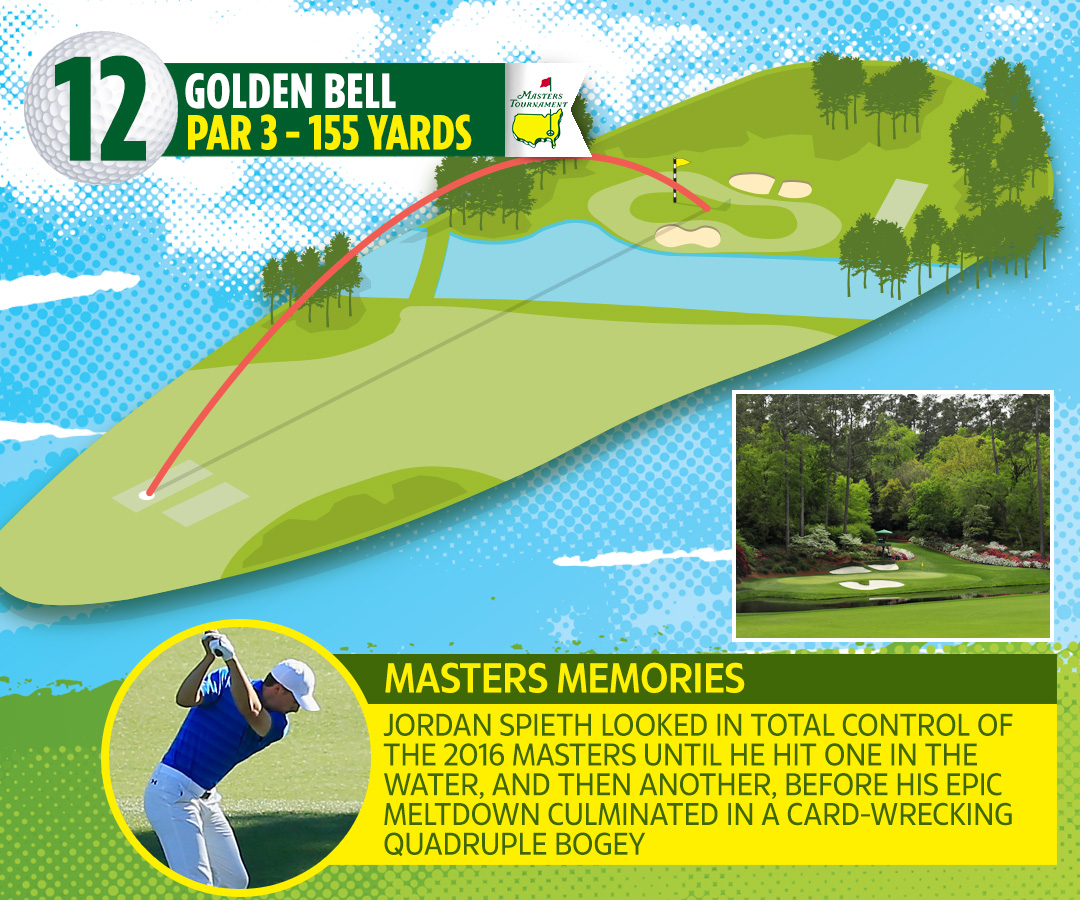 This diver only appears to be playing hockey underwater