Thiago Silva could face disciplinary action from the Premier League for breaking coronavirus protocols by giving his match shirt to a construction worker at Fulham on Saturday.

After Chelsea’s 1-0 win at Craven Cottage on Saturday evening, the Brazilian defender threw his match shirt to an individual working on the reconstruction of Fulham’s Riverside Stand.

The Premier League released strict new protocols this week to prevent the spread of coronavirus among squads, which included a ban on swapping or giving away match-worn shirts. 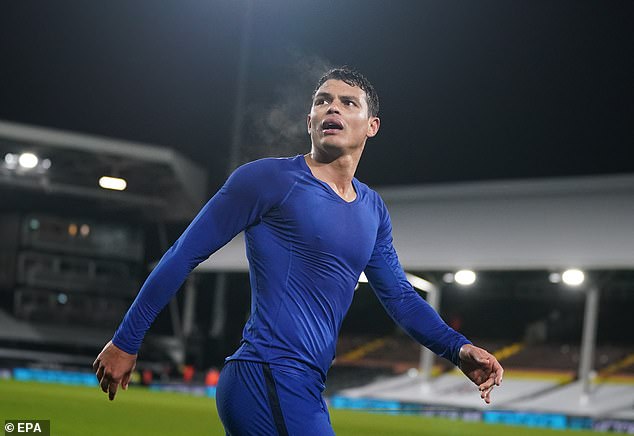 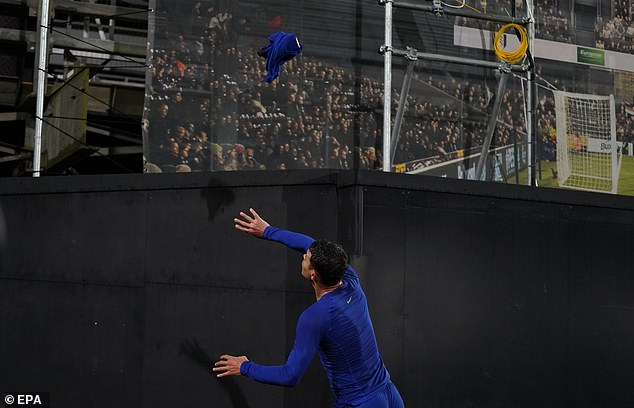 Silva played the full 90 minutes at Craven Cottage on Saturday afternoon before giving away his shirt to the Fulham worker.

Everton winger Richarlison pulled off the same stunt when Carlo Ancelotti’s Everton visited Fulham back in November, though the Brazilian did not receive any punishment.

England’s top-flight has seen several match postponements this season as certain clubs were unable to field teams due to various coronavirus outbreaks. 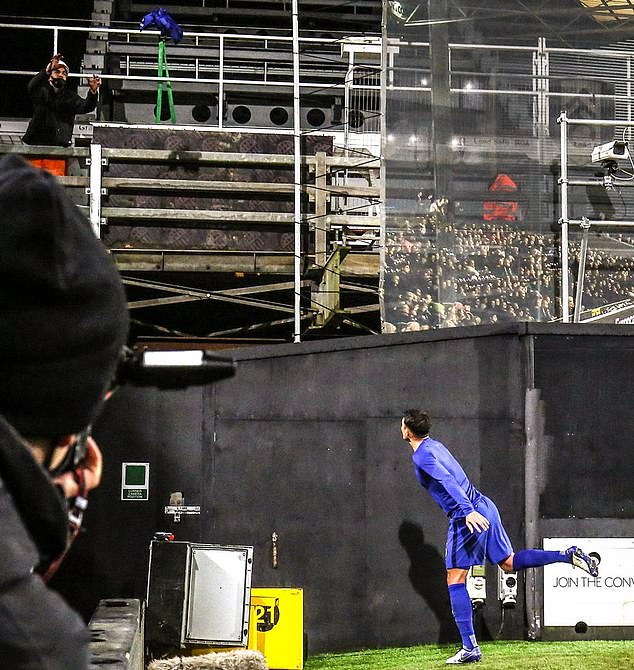 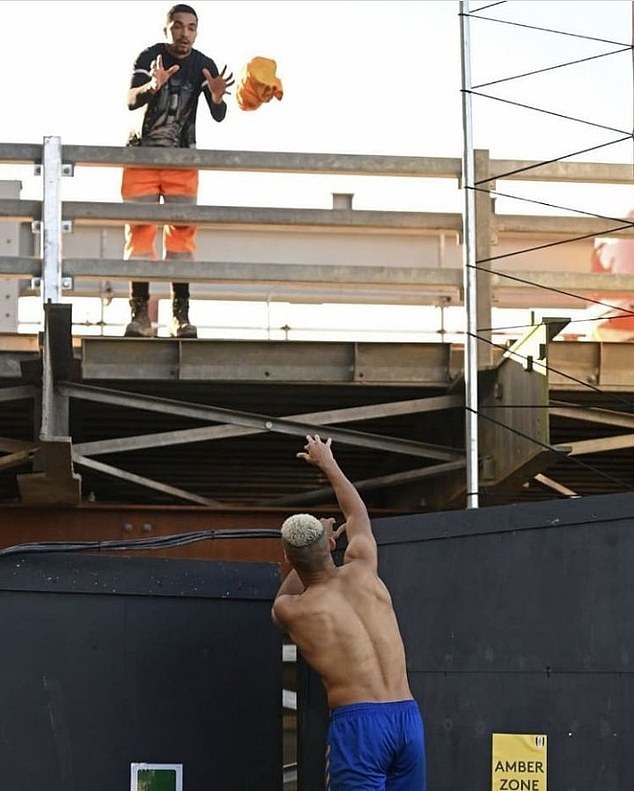 Fulham, Chelsea’s opponents on Saturday, were one of the teams affected by a spike in cases this season as festive fixtures against Tottenham and Burnley in December were postponed.

Aston Villa, meanwhile, have not played since New Year’s Day as their training ground remains shut due to a virus outbreak at the start of the month.

Villa’s match with Everton, initially planned for Sunday afternoon, was the latest top-flight match to be called off due to health risks posed by coronavirus.

Among the stricter protocols include avoiding ‘handshakes, high fives and hugs’ during matches in order to limit unnecessary contact. 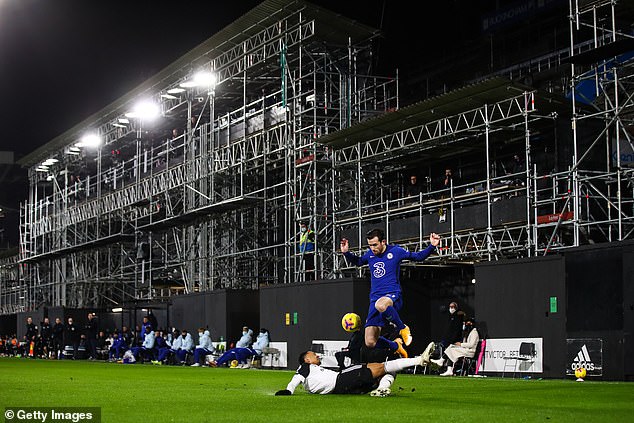 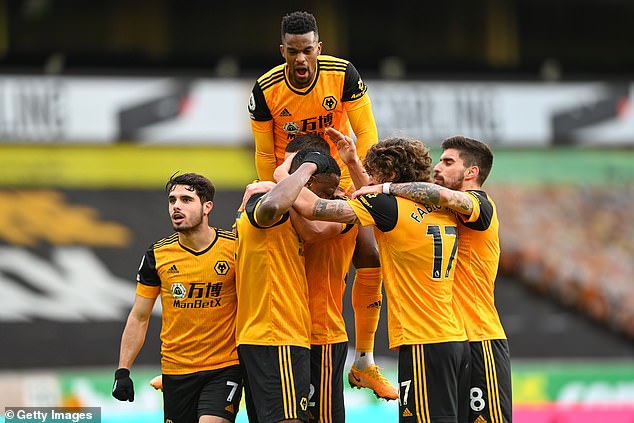 League rules told players not to celebrate as a team, though some clubs are not following them

Despite the new rules coming into play this week and Premier League chief executive Richard Masters stressing the ‘critical importance’ to adhere to the regulations, most clubs still chose to celebrate as a team on Saturday and avoided social distancing.

Brighton, West Ham, Wolves, Chelsea and West Brom all celebrated as normal after scoring in their weekend matches, though Leicester’s James Maddison chose to respect the rules during the Foxes’ match against Southampton on Saturday evening.

The midfielder waved his team-mates away from celebrating with him and shook their hands from a distance after opening the scoring at the King Power Stadium. 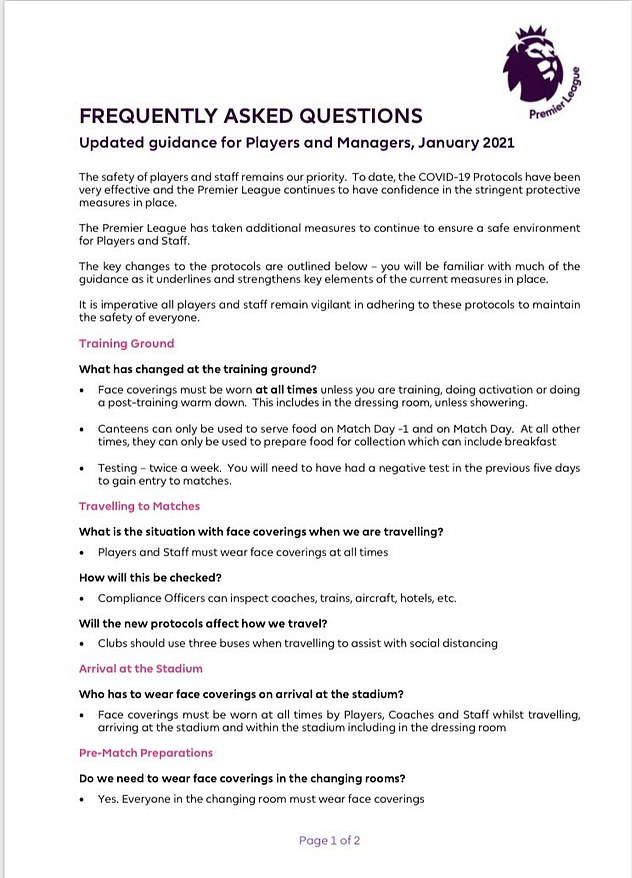 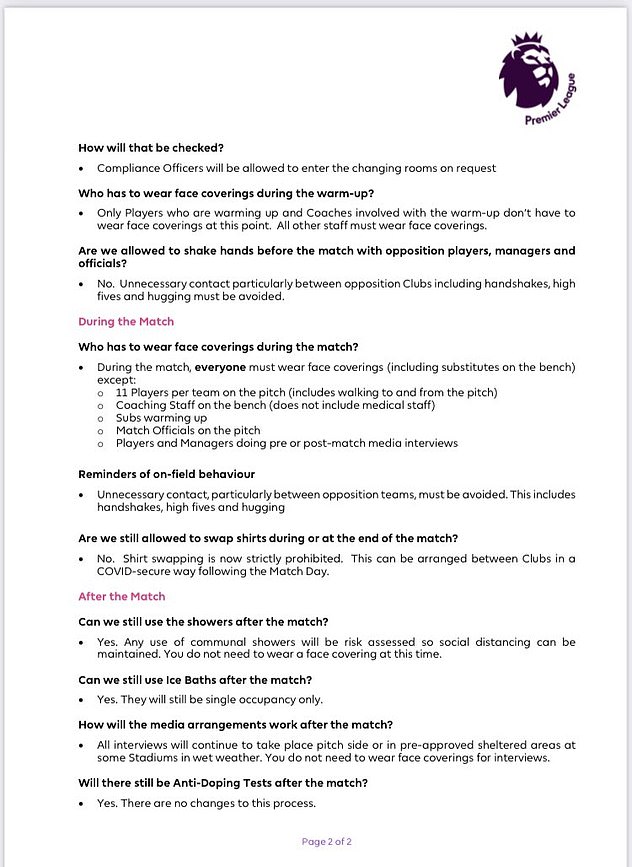