MANCHESTER UNITED are on the verge of FINALLY signing Jadon Sancho from Borussia Dortmund.

SunSport told you last week that United have agreed a £350,000-a-week, five-year deal with the England winger. 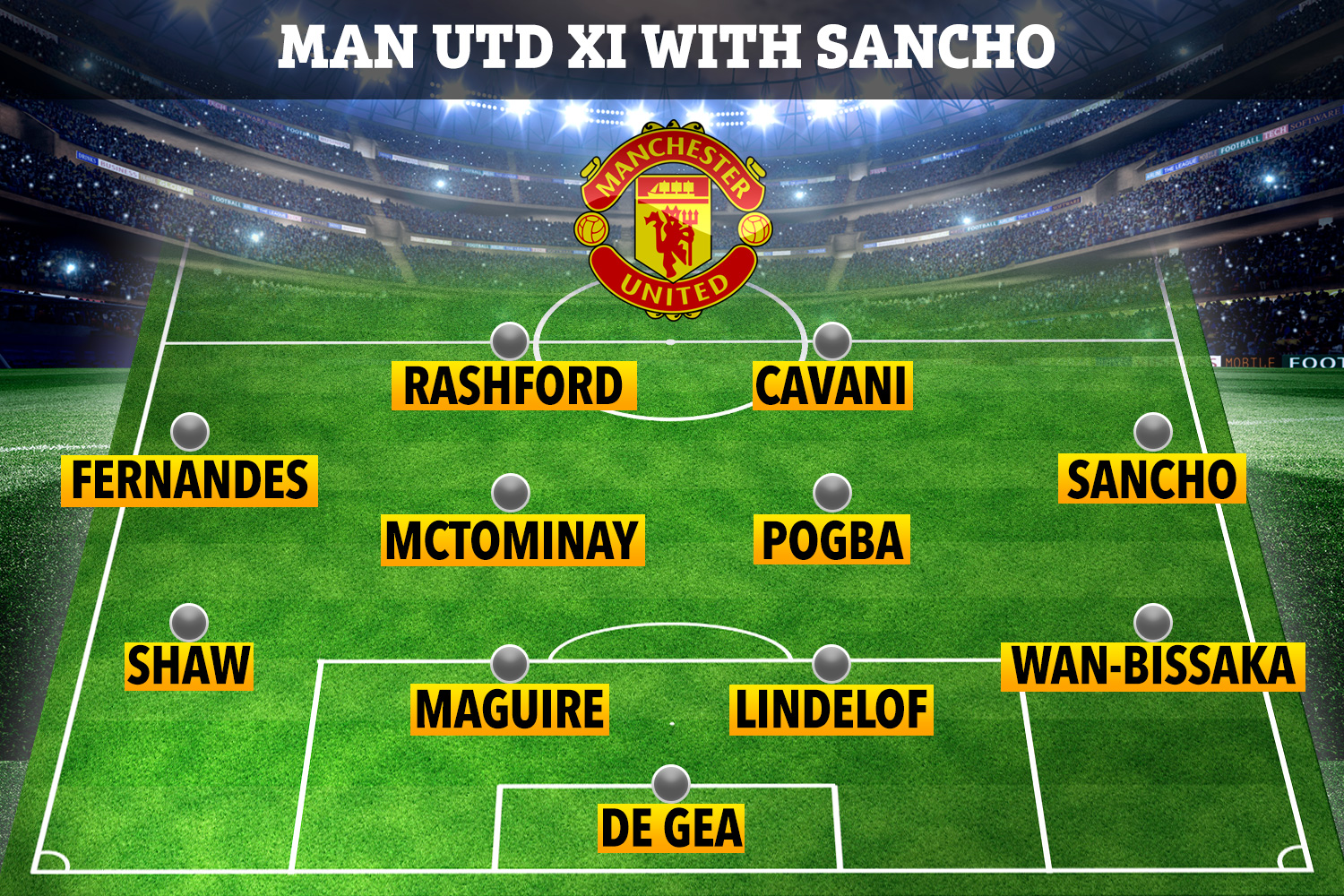 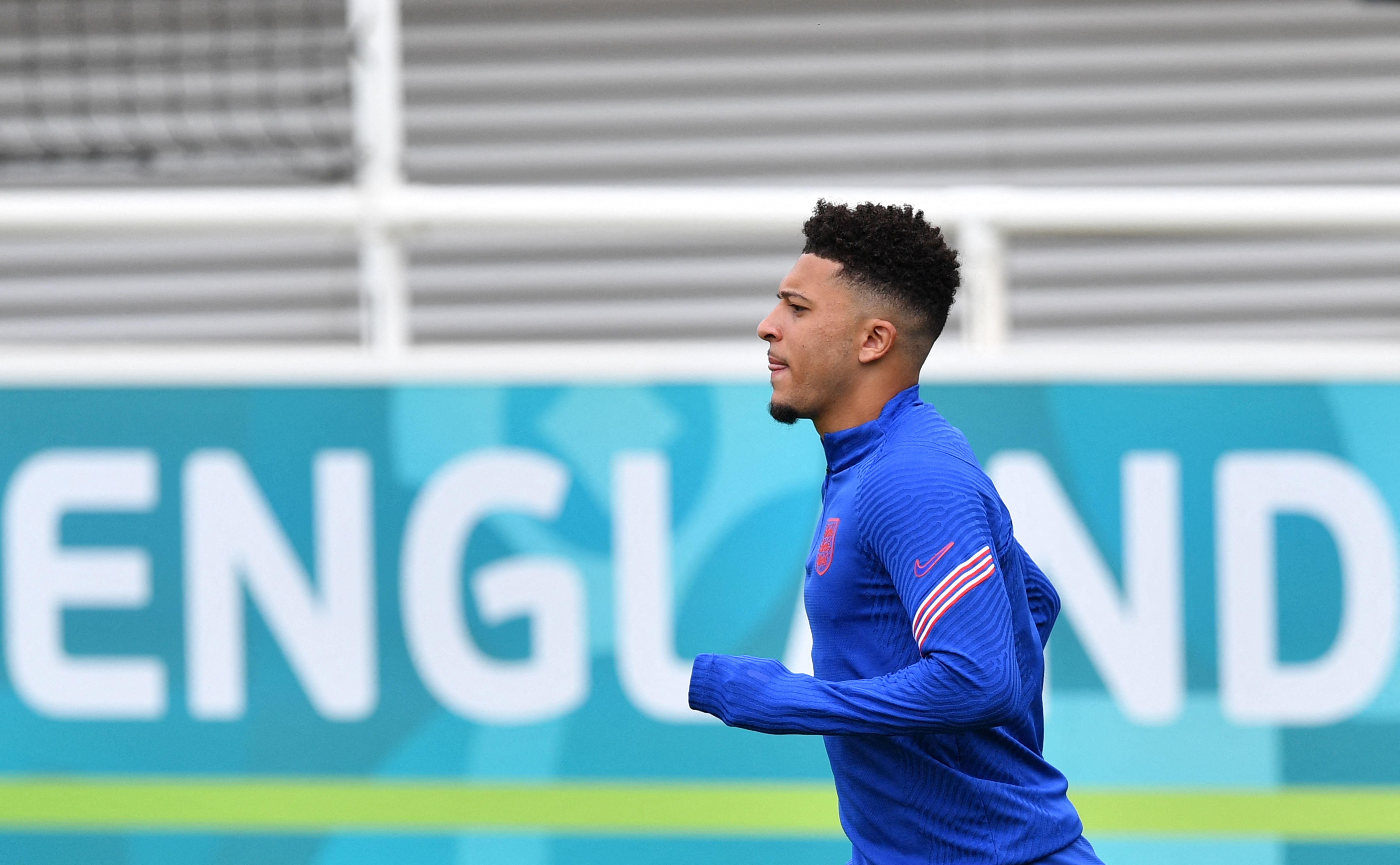 The Red Devils are still locked in negotiations with Dortmund over a fee, having had a £61million bid knocked back.

Talks are ongoing, with Fabrizio Romano claiming that they are largely centred around the structure of an £81million price.

With the protracted deal looking like going ahead, let's take a look at how Ole Gunnar Solskjaer could line up his team with its latest addition.

The Norwegian could go all out attack, in which case the back four and goalkeeper will have to be in top form.

David de Gea is set to continue his battle for the No1 spot with England international Dean Henderson.

While Aaron Wan-Bissaka, Harry Maguire, Victor Lindelof and Luke Shaw will most likely remain the most-used back four.

In order to accommodate Sancho, Solskjaer will have to balance his midfield carefully.

If going all-out-attack, he could try Scott McTominay alongside Paul Pogba at the base, provided the Frenchman stays after Euro 2020 – with Fred another option. 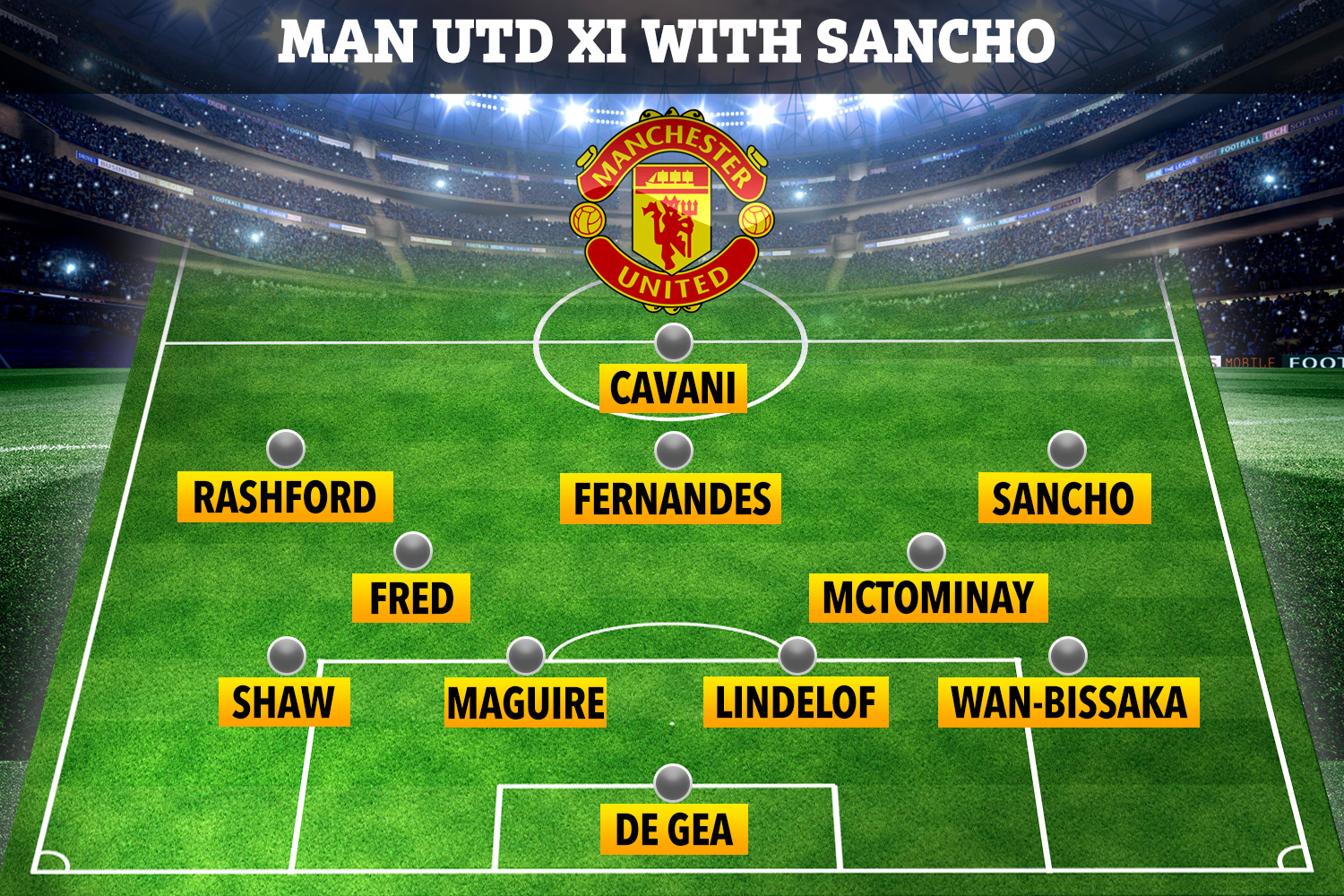 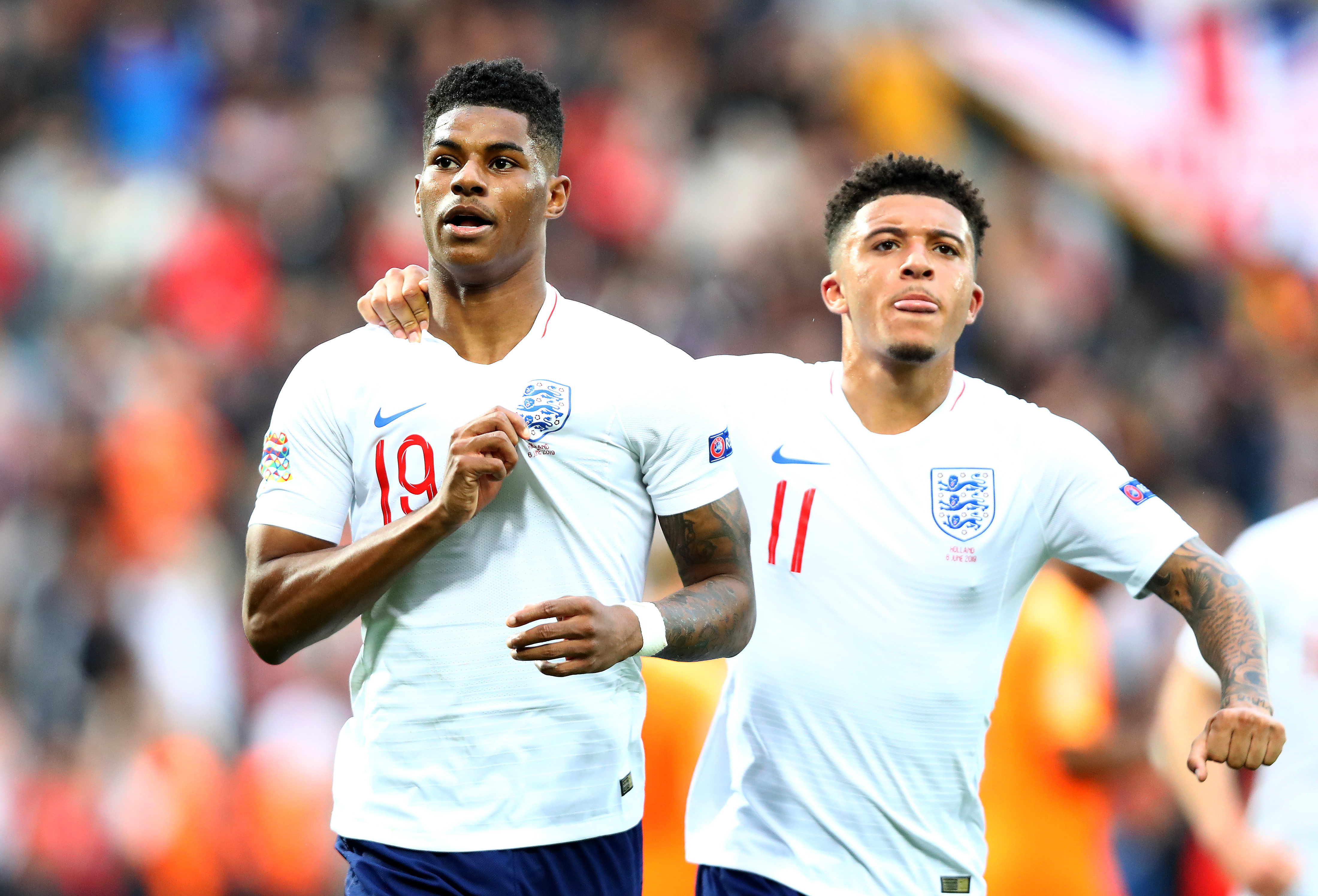 Bruno Fernandes and Sancho will then have license to roam further forward, no doubt creating and scoring numerous goals.

Edinson Cavani has committed to another year at Old Trafford, while Marcus Rashford will hope to better his goal tally of 11 from last term.

Sancho, 21, could be utilised on either flank or nominally upfront, particularly if Solskjaer tries to play two up top in a 3-4-1-2.

In such a system, Alex Telles could potentially come into his own – with Shaw in a left centre-back position.

Solskjaer will also have to ponder what to do with Anthony Martial, when the Frenchman returns from injury next term.

The 49-year-old certainly won't lack for options, as the Red Devils aim to go one better than the 2020-21 campaign and win the Premier League. 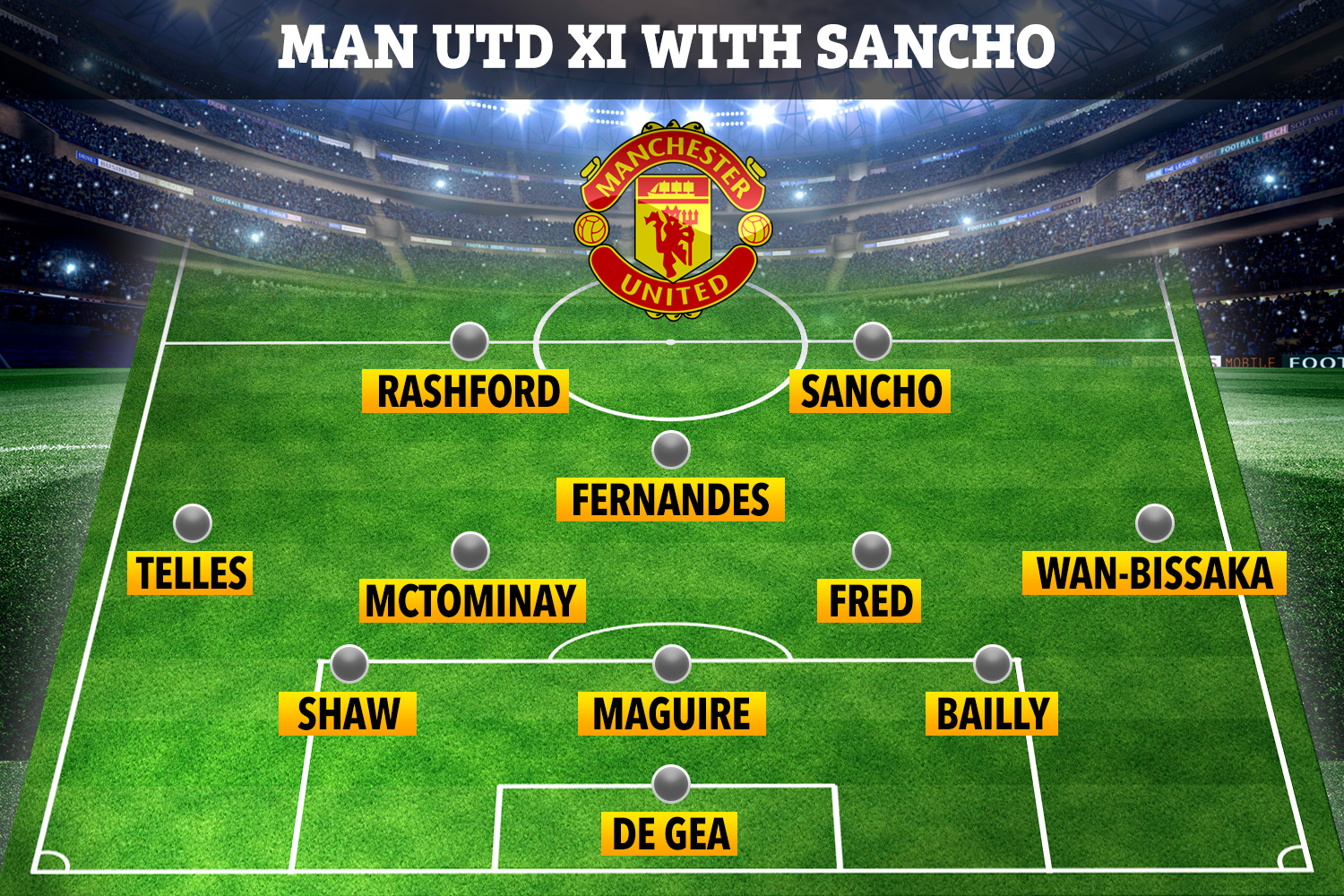