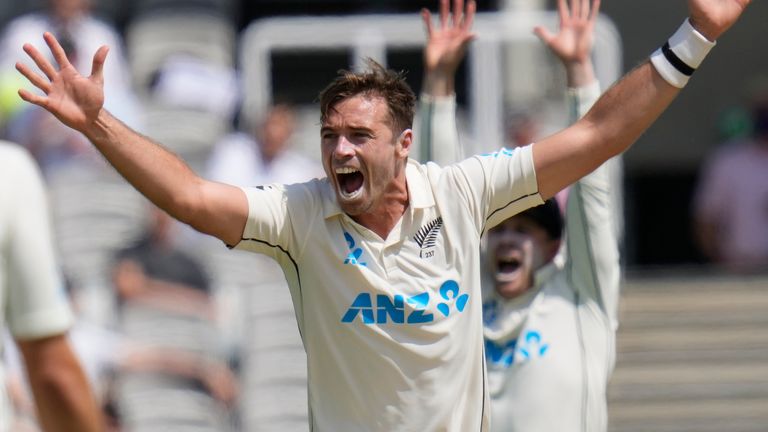 Kings of swing. England have one and, as proved on Saturday at Lord’s, New Zealand do, too.

England’s version, James Anderson, earned plenty of column inches ahead of the first Test, after being pressed about equalling Sir Alastair Cook’s national record of 161 Tests and the impending milestone of 1,000 first-class wickets, which he is now just six scalps shy of achieving.

But it was New Zealand’s version, Tim Southee, who wowed on the morning of day four, with a supreme spell of swing bowling moving the Test firmly the Black Caps’ way, before Rory Burns’ resolute century made a draw the likeliest result come the end of day five.

Three wickets for no runs in nine balls was Southee’s return as England sunk from 140-3 to 140-6 once Kyle Jamieson had created an opening by removing Joe Root from the first ball of the day.

England’s youthful middle order had no answer to Southee with Ollie Pope (22), Dan Lawrence (0) and James Bracey (0) sent packing in overs 53, 55 and 57 respectively. It was a masterclass of swing but also smarts. 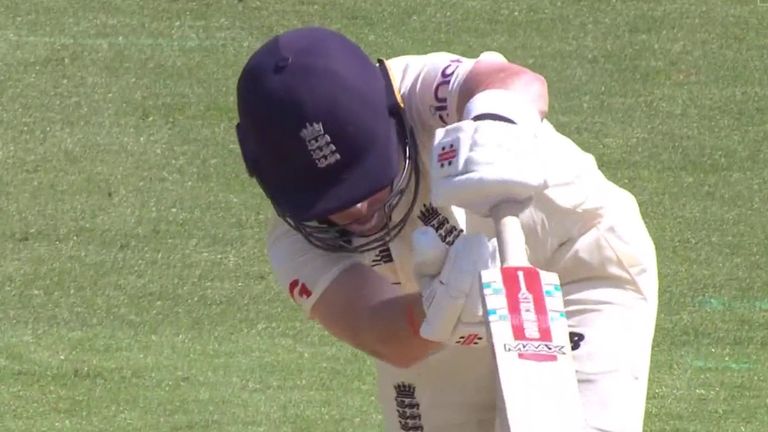 Take his dismissal of Pope, for example. Southee dragged the batsman across the crease with outswingers before then pinning him lbw with one that jagged back in and beat Pope’s inside edge.

Lawrence, to be fair, gave his wicket away, slashing at a full wide ball and picking out Colin de Grandhomme at slip but a delicious delivery meant England debutant Bracey fell without scoring.

From around the wicket, Southee curled a ball between bat and pad to rattle the top of off and middle stumps. 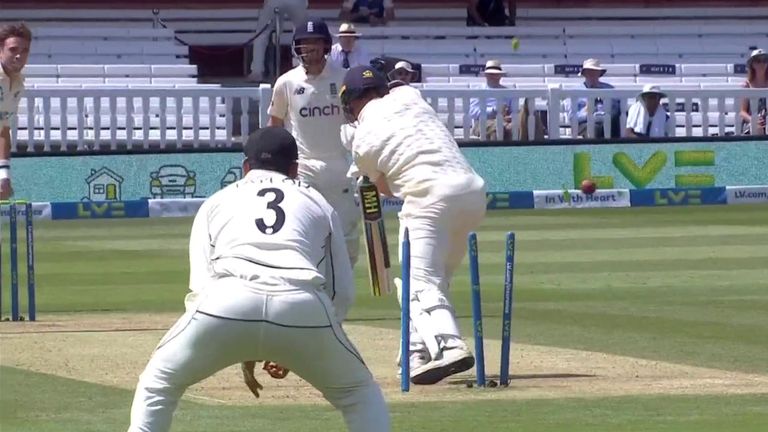 The movement Southee generated came as no surprise – he had swung the ball more than any other bowler in this match heading into day four – and he got it going both ways, as well, making him even more of a menace for England’s batsmen.

As Nasser Hussain pointed out on the live coverage, Southee bowled a fuller length with 62 per cent of his deliveries on day two when there wasn’t as much swing on offer but cranked that up to 71 per cent on day four when there was, as he targeted the stumps and got his rewards.

“He sees situations and assesses things so well these days. He is a senior man and [New Zealand captain Kane] Williamson goes to him time and time again,” said Simon Doull.

Tim Southee's been very controlled with his movement today, and has been swinging it both ways. 50% of his bowling has swung right, and 35% has swung left – matched with his accuracy, it's been an immensely skilful period of bowling. #ENGvNZ

Classy stuff from Tim Southee. He lined Pope up outside off, drawing him across, then angled in a delivery on his stumps – which swung 1.27 degrees, the most movement in the over – and beat Pope's inside edge. Beautiful bowling. #ENGvNZ pic.twitter.com/RHRKxs8yOQ

Nasser Hussain added: “It’s not just Southee getting Pope on off stump, it was the way he got him across his stumps.

“The head was going further and further across and he then went wide of the crease and nipped it back in. It was the perfect delivery.

“Purpose also gets it swinging later, three quarters of the way down the pitch gets it hooping in on you, as we saw with the Bracey dismissal.”

Southee is averaging under 21 across his last 12 Test matches with 63 wickets and four five-wicket hauls. This latest five-wicket haul, though, seems increasingly unlikely to be in a winning cause, thanks chiefly to Burns’ battling century. 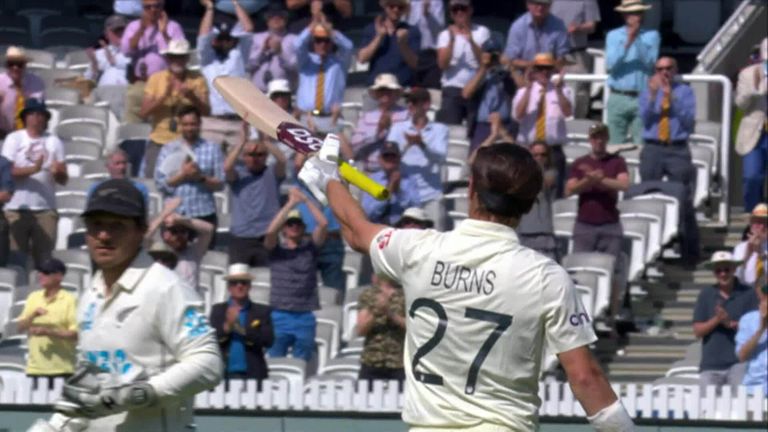 It always looks a battle for Burns, in truth. His technique is unorthodox, he is not particularly aesthetic and in this innings he was nailed on the helmet twice. That’s now five times he has been sconed since he made his Test debut in 2018, a record no other batsman can beat in that timeframe.

Burns should also have been stumped by BJ Watling on 77 and caught by Southee at slip on 88, so it was not a faultless inning by any means, but it was a tremendous one for a man who had been left out of England’s previous two Tests and averaged 9.75 across the previous five before that.

That’s not to say there was not quality in it either, with one highlight a slog-swept six off Neil Wagner, the first maximum of Burns’ Test career.

Burns joined Southee on the Lord’s honours board – Southee back on it after taking 6-50 amid a 10-wicket match haul in May 2013 – but which side will take the honours in this game?

New Zealand lead by 165 heading into day five and will surely look to have a dart at England at some point, even if that is to lay some scars ahead of the second Test – at Edgbaston from Thursday – rather than because they have a real chance of winning the first.

Still, if Southee gets the ball swinging again on this uneven pitch, it would be foolish to write New Zealand off completely.

Watch day five of the first Test between England and New Zealand, at Lord’s, live on Sky Sports Cricket from 10.15am on Sunday.

6am Man Utd news LIVE: Sanchez to return, Sancho deal could be OFF due to coronavirus, and Godin transfer interest – The Sun

Ireland national anthem lyrics: Why is Ireland’s Call used for rugby and is The Soldier’s Song played in Six Nations? – The Sun